Chanel will introduce Bleu de Chanel men's scent this fall, and has tapped Martin Scorsese to direct the ads. 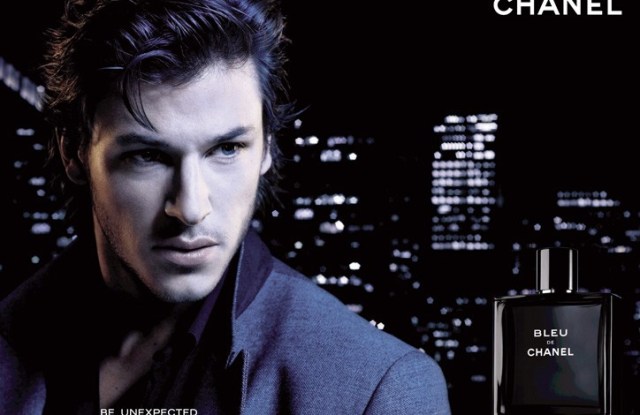 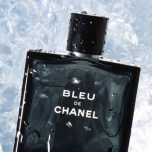 Chanel is looking to raise the profile of its men’s scent business this fall with Bleu de Chanel, its first major male fragrance since 2004’s Allure Homme Sport and its first men’s masterbrand since 1990’s Egoïste.

This story first appeared in the July 16, 2010 issue of WWD. Subscribe Today.

And Chanel executives are aiming high: “Our objective for Bleu de Chanel is to enter the top five in men’s fragrances in 2011,” said Andrea d’Avack, president of Chanel Fragrance and Beauté, adding that the brand’s goal for the U.S. is even more targeted: to be in the top three men’s fragrances by the fourth quarter.

Bleu de Chanel will be sold in about 2,000 department and specialty stores in the U.S., according to industry sources. While none of the executives would discuss sales projections, sources estimated the scent could do $21 million at retail in the U.S. in its first year on counter. Upward of $5 million will be spent on advertising and promotion in the U.S. during that time, added the sources.

“With Bleu de Chanel, we are adding a new olfactory family — the woody aromatic — to our men’s fragrance portfolio,” d’Avack continued. “In a very competitive market, this is an olfactive creation that deliberately ignores market trends and brings a different take to men’s fragrances. Its impact is amplified by an extraordinary advertising film directed by Martin Scorsese.”

Of the partnership with Scorsese, d’Avack noted: “Chanel has had a long history of working with the most renowned movie directors for its advertising creations, first and foremost for the brand’s fragrances. For Bleu de Chanel, the brand was not going to change this highly successful creative approach. Chanel’s artistic department suggested Mr. Scorsese with the belief that the launch of a new major men’s fragrance would be the perfect opportunity. Basically, Martin Scorsese had carte blanche over the film. As a result, the film is an instant classic but also very modern and perfectly aligned with the image that Chanel wanted to convey with Bleu.”

“For years, Chanel has been a masculine fragrance leader in many countries around the world,” added John Galantic, Chanel’s U.S. president and chief operating officer. “With Bleu de Chanel, we expect to achieve that same level of leadership in the U.S., thanks to a product and brand communication uniquely tailored to the American market. It was no coincidence that we shot our film in New York and that we collaborated with Martin Scorsese, the quintessential American film director.”

D’Avack said that actor Gaspard Ulliel was chosen for his “masculine appeal, energy and elegance,” adding “he is one of France’s most promising young film actors.”

The scent, concocted by the company’s in-house master perfumer Jacques Polge, has top notes of grapefruit, peppermint, pink pepper, nutmeg and ginger; a heart of dry cedar and jasmine, and a drydown of vetiver, patchouli and frankincense; Polge’s emphasis is on the grapefruit, dry cedar and labdanum notes. “With Bleu de Chanel, I wanted something frank, direct and pure in a masculine scent,” Polge stated. “I did trials with all of the raw materials that we are constantly fine-tuning, and I searched for what we could do and say that was different from what has already been done. And of course, something that could strike a chord with men today. Bleu de Chanel is reduced to its essential elements, in other words: freshness, spiciness and dry woodiness. It’s also a very sexy fragrance!”

D’Avack noted that Chanel doesn’t “think in terms of age groups or specific demographics when we’re creating a new fragrance. However, Bleu de Chanel will no doubt attract new customers, and younger customers looking for a luxury fragrance with character that transcends market trends.”

“I think this fragrance represents a great opportunity to engage in the men’s market in a very strong way,” said Christine Dagousset, executive vice president of fragrance and beauté for Chanel in the U.S. “In today’s market, a lot of things are similar. We are trying to come up with a point of view that is different with this scent, and we intend to make it a new pillar of Chanel’s business.”