As rising costs continue to pressure margins, several exhibitors at the Interstoff Asia fair seem to be meeting the challenges. 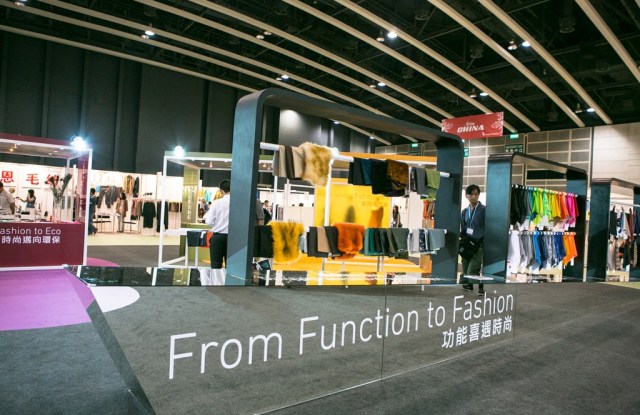 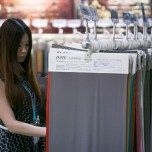 HONG KONG — As rising costs continue to pressure margins, and orders from North America and Europe still sluggish, Asian textile manufacturers have been struggling to find new markets, but several exhibitors at the Interstoff Asia fair seem to be meeting the challenges.

The Messe Frankfurt-produced fair, which took place at the Hong Kong Convention & Exhibition Center from Sept. 25 to 27, featured 175 exhibitors compared to 178 a year ago. Organizers said there was a slight increase in attendance from last year’s 6,527 visitors.

“The buying power is still in the U.S. and Europe,” said Kevin Ng, sales representative at the Hong Kong subsidiary of Japan’s Toray Industries, which has factories in China, Malaysia, Thailand and Japan.

Toray is seeing some growth in Asia, but on a limited basis, with difficulty breaking into the tightly controlled Chinese market, he said.

The company still primarily exports to the U.S. and Europe. While exports have been slow for the last few years, there appears to be some rebounding strength in Germany and the U.S., especially in women’s wear, Ng noted.

Rising material and labor costs continue to trouble manufacturers. Ru Xiong Jiang, general manager of Shaoxing Ru’s Textile Co., said China’s higher cotton prices have been the biggest obstacle. The Shaoxing, China-based company, which has 1,300 employees, focuses almost exclusively on cotton fabrics. China’s cotton prices have been higher than competitors in India or Pakistan for about a year now, Ru said, as the government bought up supply to support farmers. At the same time, sales to Europe, which has been the company’s biggest export market, have been sluggish, he said.

“They’re all going to Vietnam and India,” Ru said. “We can only lower prices.”

In addition to exploring new markets with mixed success, Chinese textile makers are moving upmarket and improving quality. Manufacturers with factories across the region, such as Toray, produce more commodity fabrics in Southeast Asia and higher quality, more labor intensive fabrics in China. That’s had an impact on textile makers in South Korea and Japan, which have traditionally cornered the market on high quality, technical fabrics.

“Chinese quality is getting better, which makes it harder to compete,” said Hong-Kun Ryu, marketing division team leader for the Korea Textile Center, a trade organization that represents 60 textile mills. To differentiate and compete, Korean textile makers are focusing on research and development.

The fair once again highlighted eco-friendly, or green, fabrics. One of the larger exhibitors was Indorama, an Indonesian spun yarn producer that was showcasing its recycled polyester yarns made out of used plastic bottles. The company now has eight plants producing the yarn and is opening a third factory in Thailand toward the end of the year. The yarn is about 70 to 80 cents a kilo, more expensive than traditional polyester yarn, said Vaneet Goel, vice president for exports of filament yarn, but the difference comes out to about 3 cents to 4 cents per T-shirt.

Exports of recycled yarns are mostly to the U.S. and Europe now, Goel said, because Asia “still needs more education.”

The trends on display included bright hues such as pinks and yellows in both floral and lace, as well as metallics, maroon and navy blue in various textures such as faux crocodile or pebbled.