The hunt for sustainable raw materials continues. Exclusively for WWD, executives explain H&M’s investment in Re:newcell and why the Circulose fiber may be outpacing its competitors.

This spring, H&M Group will be the first retailer to sell clothes out of Circulose.

What is Circulose? It’s a new natural material for fashion made by upcycling used clothes and fashion waste, produced by Swedish fashion firm Re:newcell, in which H&M Group took a minority stake in 2017.

Re:newcell was founded by innovators from Stockholm’s KTH (Royal Institute of Technology) in 2012, bearing its first Circulose “prototype” just two years later: a yellow dress that would be touted as the “first garment in the world made from chemically recycled textiles.” Since then, the firm has raised $20 million from investors such as H&M Group through its investment arm Co:Lab, The Mills Fabrica and KappAhl.

The Circulose fabric is made of 100 percent cotton recovered from used clothes and fashion production waste, but can also employ viscose, as is the case with the launch with H&M. The group refrained from revealing details in the project, but said it will be available online and in-store globally this spring, made from a mix of 50 percent Circulose recycled from used cotton jeans (not provided by the Group) and 50 percent viscose from FSC-certified wood. 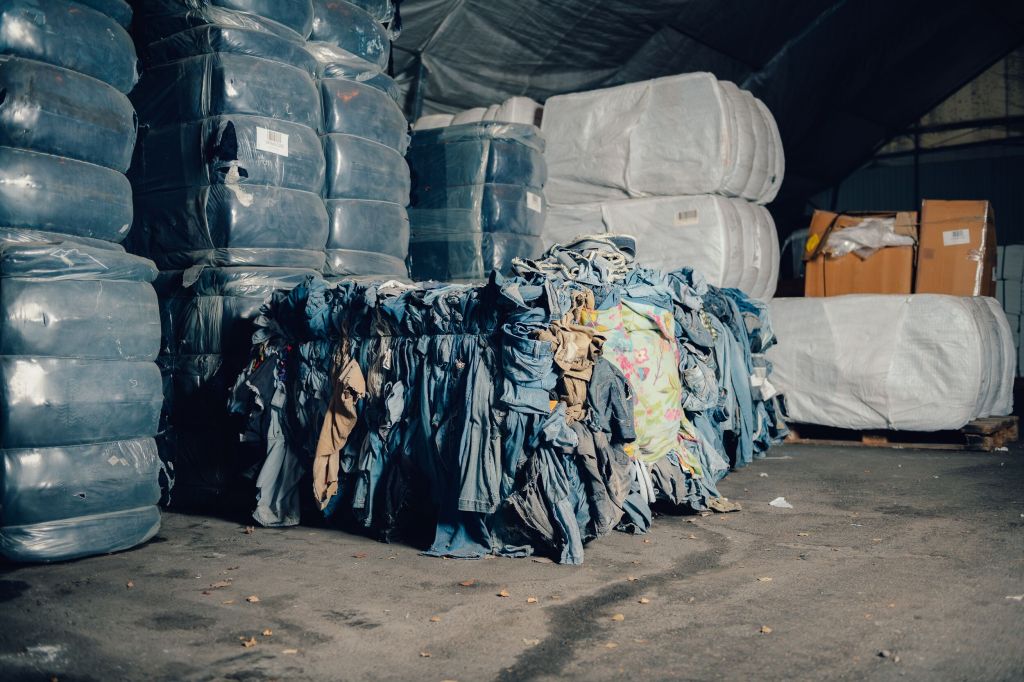 From what was seen in November, H&M Group is apt to test and debut fiber innovations with a light hand, before rolling out further deployments. Together with its brand Weekday and campaign star Maisie Williams, the Group launched the initiative with Infinited Fiber, which was a two-piece outfit made entirely from IFC fabric.

Speaking exclusively with WWD, Erik Karlsson, H&M investment manager for sustainable fashion at Co:Lab, spoke about the initiative and how other investments like that in secondhand platform Sellpy, textile recycling start-ups Worn Again and TreetoTextile and e-commerce start-up Thread are contributing to the company’s mission to go fully circular.

H&M Group has set a goal that by 2030 all materials should be either recycled or sourced in a more sustainable way, which is one of the core focuses of Co:Lab at present. “With the investment group, we want to be speeding up innovation and helping these companies reach scale,” said Karlsson. This is crucial as the industry’s dominant materials — cotton and polyester — pose significant drawbacks that inhibit commitments on sustainability.

“Cotton has certain sustainability issues as we know,” said Karlsson, adding that he suspects H&M’s total material mix is “partly to be replaced by new cellulosic fibers.”

Cotton is becoming an exhaustive choice for its water use, high volumes of fertilizers and pesticides needed while polyester for its resource and energy consumption. According to the Ellen MacArthur Foundation, up to 4,300 liters of water are used to produce 1 kilogram of cotton fibers, notwithstanding dyeing and finishing processes.

“Proportionally our use of cotton has decreased. I expect that to continue. We will see a lot of innovation in this area and many new fibers in the future and more,” said Karlsson. While not disclosing the Group’s total material mix, Karlsson did say: “I can’t say exactly how much cotton we use but I can say it’s our biggest fiber.” As with many brands, the group is reducing its reliance on virgin materials wherever possible.

Circulose could be “solving both the cotton and polyester issue,” in the words of Patrik Lundström chief executive officer of Re:newcell, in an interview with WWD. Essentially, Circulose takes out two kilos of CO2 for every kilo of Circulose being produced, but moreover, it’s a closed-loop process that can sustain the demands of an ever-growing global population projected to reach 8.5 billion by 2030, according to estimates by the United Nations.

“We also communicate very strongly with fashion. Our thought here is it’s impossible for nine billion people to stop communicating, we need to continue providing the fashion industry with a sustainable solution,” reiterated Lundström. 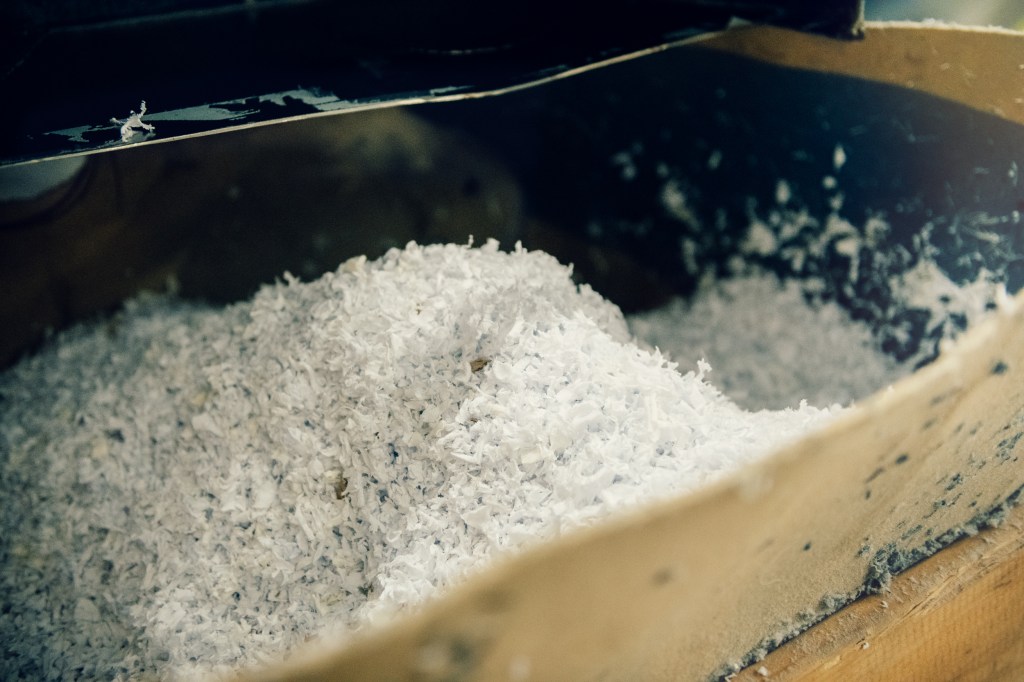 The Journey to Scale

The demand going forward for circular materials is already on the minds of sourcing experts, according to an October sustainable sourcing report from McKinsey & Co., putting increased pressure on raw material innovators to leap from the lab stage to market.

From lab to pilot to commercial, it’s approximately five years, as Lundström explained, adding that it usually takes five to 10 years before the innovation is accepted. “We have something that is already accepted and can be tapped into the existing value chain,” he reiterated. “For us, the big challenge going forward is to scale and scale fast,” he said.

Re:newcell’s chemical recycling process complies with all relevant Swedish and EU environmental rules, Lundström said, and the firm is in the process of getting select third-party certifications in 2020. Producing Circulose involves stripping the discarded clothing of notions like zippers and buttons as well as dyes, which differentiates the firm from its competitors that can only recycle white textiles. From there, a slurry of cellulose is made, dried and transformed into new sheets of Circulose. As with cellulose, the Circulose textile is a biodegradable, organic polymer. 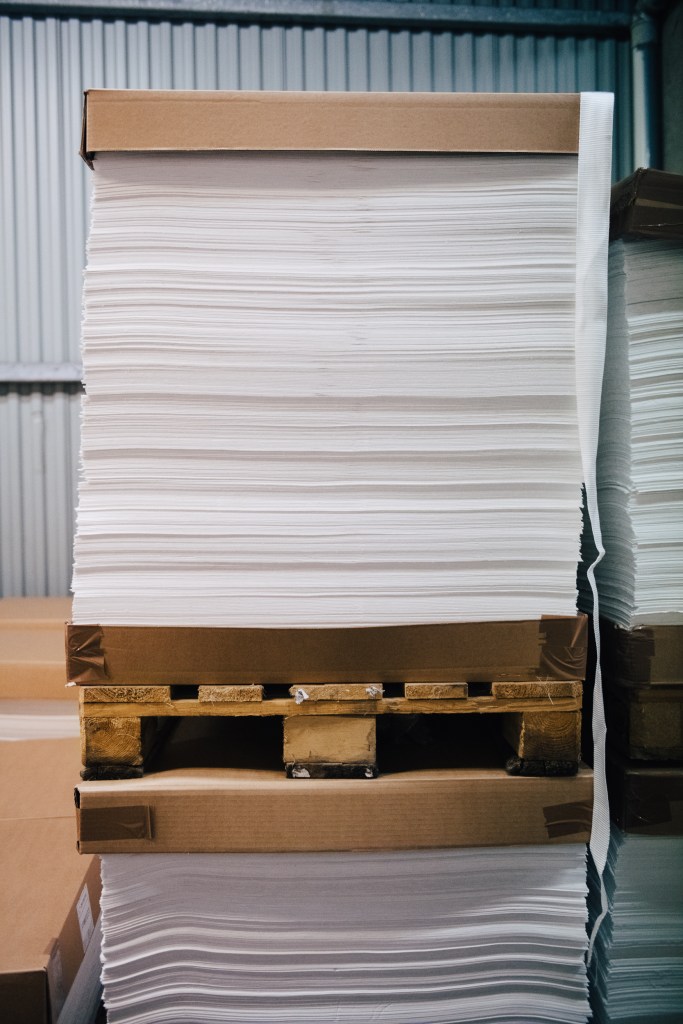 Circulose sheets, ready to use.  Courtesy

The difference is scale and performance quality. Until now, large-scale textile-to-textile recycling has not been possible due to quality loss when the material is degraded. Re:newcell’s demo plant can already produce 7,000 metric tons of Circulose pulp every year, with its next planned plant in Europe with a capacity of around 60,000 tons.

The road to commercialization for innovative fibers is barred by long lead times in research and development and lack of access to funding needed to reach scale. But even at scale, the adoption rate isn’t always so cut and dried. Lyocell (Tencel) is among the most mature new raw material solutions, according to a January report from Boston Consulting Group and Fashion for Good, but decades later its market penetration is still less than 1 percent.

By that same report, the majority, or 60 percent, of start-ups developing new raw materials sit in infancy and scale slowly; while on the other hand, 70 percent of circular business models were already commercial and gaining “considerable market share” and investor eyes.

With wild ideas spanning from milkweed floss, restricted to craft and artist use, to commercial synthetic alternatives like Econyl, the industry is ripe for solutions. Regarding innovation in synthetics, Econyl is a regenerated nylon fiber established by a 50-year-old family Italian firm Aquafil that is now used by more than 900 brands across the globe.

Going forward, textile innovators will need continued commitment from brands while standing by their certifications and approximations on greenhouse gas emissions savings to separate their innovations from competitors. Yet the reigning keyword is still “scale.”

Speaking on the project, Karlsson said, “For the whole industry, that is a huge milestone. [Re:newcell] is ahead of many others,” to which Lundström reiterated, “Now brands need to act also. Brands need to commit.” 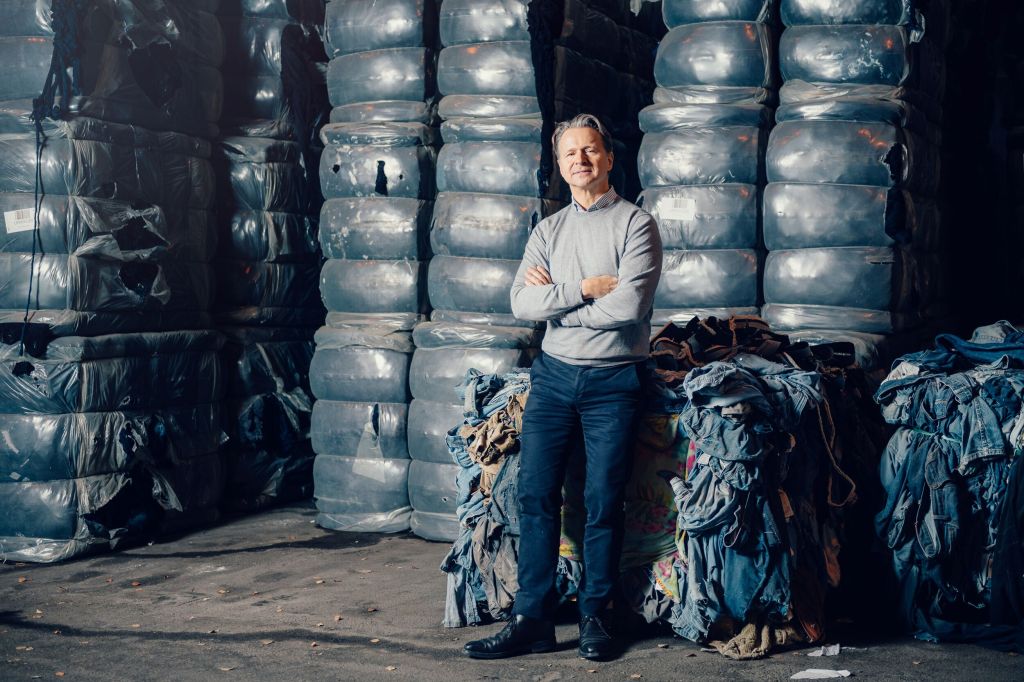 Polyblends Can Now Be Recycled at Scale, Södra Says

Just a Mere $20B to $30B a Year to Transform the Industry, According to Report