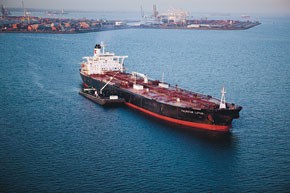 Fashion producers reconsider the environmental impact of sourcing goods from far away.

In corporate boardrooms and tiny designer studios around the country, fashion executives are asking themselves a question they never would have posed even five years ago: Can we move our production closer to home?

In a trend just starting to take hold in fashion brands — some of the larger mainstream ones as well as small privately owned labels anchored in the green movement — companies are beginning to take another look at their supply chain as well as their fabric sources, and starting to explore the option of moving more production to the U.S.

“There is much more of a strategic thinking happening,” said Rebecca Calahan Klein, director of program development for Organic Exchange, a Berkeley, Calif.-based nonprofit organization that works toward expanding organic agriculture. “Companies are now asking themselves questions like ‘Where are we processing, where are we selling,’ and ‘Is this in line with what is best for our business, our customers and the planet?'”

Her organization has been fielding requests from companies with established organic programs, as well as smaller brands and start-ups. Those who have already been sourcing in the U.S. are wanting to build on that base, looking to do more with fabric and construction. Other companies, especially the newer ones, are interested in sourcing locally.

“There’s a lot of interest in finding local suppliers, wanting to know them, and many companies are at that stage of the business where they can be thinking about that,” she said.

Sources say that there are numerous factors behind the trend — and not all of them are related to eco-consciousness. With the recent spate of bad press on toxic toys and other tainted imported products, the idea of having products made domestically is more appealing. Beyond that, the weakening dollar and the high cost of fuel is making it more expensive than ever to produce in traditionally low labor cost countries like China and India.

“The cost factor gap is closing,” said Bill Schlabach, owner and president of To Di For, a Los Angeles-based apparel industry consulting company. “While some overseas countries can still make things a lot cheaper, there are factors that are starting to narrow the gap.”

Schlabach said he was working with labels in the contemporary and better categories that were looking toward shifting their production to the U.S. For some, it was a question of tapping into the green trend and being able to use locally produced organic yarns that can be authenticated — something that can’t always be assured in foreign countries.

Marylou Marsh-Sanders, a co-founder of Asheville, N.C.-based Spiritex, which has its own sustainable clothing line as well as private label programs, said she’s noticed a spike in clients wanting to know if she can produce locally.

“It’s starting to be a prerequisite,” she said. “People are concerned with their carbon footprint and they want to shine their halos. They look at the causes of pollution, of bringing things in from across the seas in those ocean liners. It’s going to continue to be a priority.”

The trend appears to have had an impact on everything from spas looking for small batches of T-shirts to cosmetics brands looking for uniforms.

“We just did a study looking at the cost of making something in New York versus China and the dollar difference was surprisingly small,” said Celeste Lilore, co-owner of New York-based Restore, a clothing line, and Nochairs, which does private label work.

“We’ve been doing a boatload of research on the activewear side, and have discovered that differences in labor costs are starting to shrink and the issues of quotas and duties are beginning to have an effect as well,” she said. “And beyond that, more and more customers are turning to a lifestyle of health and sustainability. There’s a shift toward a more ethical consumer.”

Companies are doing what they can: Raina Blyer, owner of the Ryann clothing line, has always produced close to her studio in New York.

But she is also looking at sourcing cotton jersey domestically instead of importing it. She uses hemp and bamboo in her clothing, which cannot be sourced in the U.S., and until they can has to rely on overseas sources.

“I can’t guarantee the working conditions of the factory unless I am overseas checking out all the facilities,” she said. “Guaranteeing that my line is made sweatshop-free is important to me.”

To reduce her carbon footprint even further, she tries to hand-deliver orders to customers instead of using services, and packs clothes in biodegradable packaging.

When another New York designer, Bahar Shahpar, started her line four seasons ago, she looked into producing overseas, close to fabric sources like India and Turkey, before deciding to produce locally.

“The push is going to come from smaller companies, which are investing more of their personal philosophy in their product,” she said. She also co-owns The Four Hundred, a sales and brand development agency, where producing locally is a key factor when working with new clients.

“People didn’t look at it until they were forced to look at it,” she said. “Whatever their causal connection is, it led us to the point where the ball is now in motion — whether it’s out of a concern for fuel consumption or because of rising labor costs.”

Still, for large brands, switching from foreign production to domestic is a huge undertaking. Patagonia, a $280 million Ventura, Calif.-based clothing line, did its own research to examine the real implications of producing in and shipping from overseas, and realized that they had other options instead of moving all their production Stateside.

“We were about to start embarking on a really hugely logistical process that could have compromised our product quality. It was a massive undertaking to shorten our geographical supply chain,” said Jen Rapp, director of communications for Patagonia. “We’ve always been really concerned about the amount of travel that our products undertake, and assumed that this was an extensive part of their carbon footprint. But when we started to analyze our products’ life cycles and footprints, we found that only 1 percent of that footprint comes from this travel. It was the dyeing, washing and drying that is where the energy is being used, and where we are producing the most carbon.”

So instead of switching production bases, the company is instead asking existing suppliers what they can do to minimize the impact that production has on the environment.

“We’re looking at all those processes and weighing the environmental implications,” she said. “It’s a long-term process, and we’re just at the beginning of it.”

Calahan Klein of Organic Exchange said it was essentially about a revolutionary shift in priority in the apparel world.

“The biggest driver is transparency,” she said. “Price, quality and fit used to be the primary proxies for value. But now those proxies have expanded to also include environmental and social impacts and economic benefits as well.”