The Brooklyn artist created designs to be featured on iconic Coach products for spring. 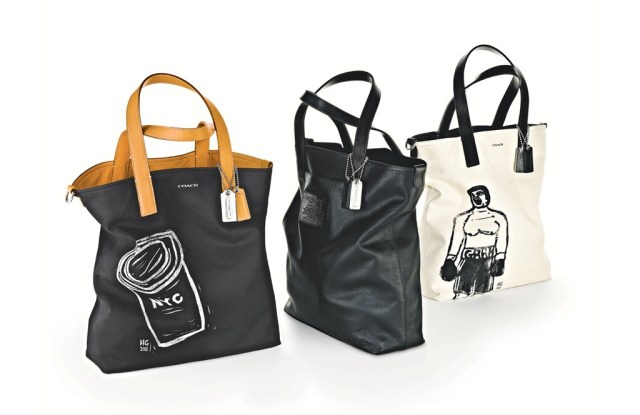 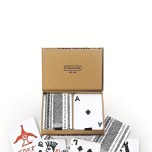 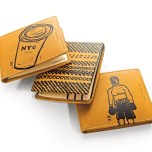 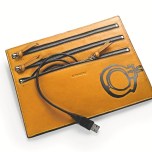 Coach has partnered with London-born artist Hugo Guinness on a series of bags and small leather goods that will launch at retail in February. There are 17 items in the collection, and prices range from $68 for a key fob to $398 for a reversible leather-canvas tote.

This story first appeared in the October 20, 2011 issue of WWD. Subscribe Today.

They will be sold on coach.com and at select Coach store locations in North America, Japan, China, Hong Kong, Singapore, London, France and Ireland.

To promote the line, Coach has created a special broadsheet that will be inserted into key regional publications and national men’s fashion magazines. The insert, which is on newsprint, quotes the designer: “I am inspired by what I see around me in the city and in the country: something overlooked and perhaps unusual to see in a picture, the everyday things of life that we tend to ignore. That’s what appeals to me: honesty, simplicity and humor.”

Guinness, who lives and works in Brooklyn, has translated his wood-block carvings onto several iconic Coach products. For example, his illustration of a pair of handcuffs is featured on totes and zip pouches, a New York City coffee cup is printed onto wallets and key chains, and an image of a boxer is found on totes and wallets.

The artist created four designs that are exclusive to Coach — the coffee cup, sunglasses, the key ring and a ticking stripe — and the company chose two other designs to feature as well: the handcuffs and the boxer.

Guinness said since his artwork “is usually framed in glass and placed on a wall, the idea of my block prints on totes, accessories — even playing cards — was really interesting to me. Coach understood and appreciated the simplicity of my art. When they asked me to create block prints that symbolized the Coach brand, I was intrigued. Coach is a New York institution, so I created what I see every day on the streets of the city — coffee cups, keys, sunglasses, handcuffs.”

The collection will be sold in the company’s freestanding men’s stores or in men’s departments of dual-gender stores, and is part of a series of collaborations for Coach. The brand is also collaborating with Tony Duquette, a designer of furniture, jewelry, interiors and movie sets, on a line of limited edition women’s jewelry, and has recently partnered with Lutz & Patmos and Net-a-porter.