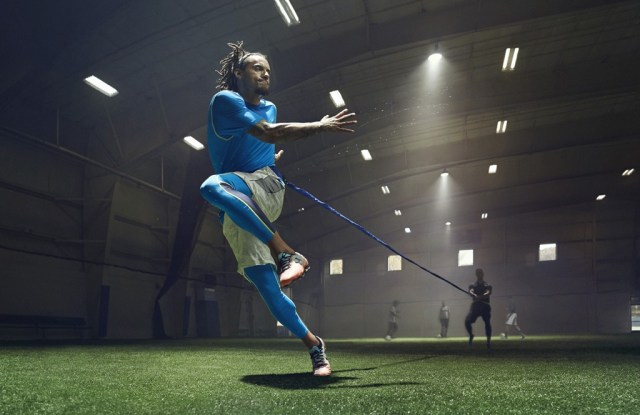 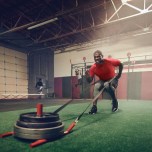 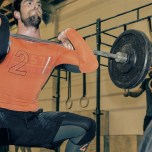 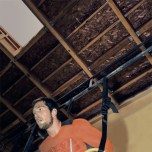 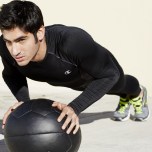 It’s no longer your grandfather’s remedy for edema. Compression apparel has now moved well beyond the medical arena to take the fashion scene by storm.

Tight-fitting socks, tights, shirts and sleeves, once the weapon of choice for a more-speedy recovery among endurance athletes, are now filling the shelves of sporting goods stores as fitness enthusiasts as varied as triathletes and yogis embrace the ath-leisure movement. Now available in updated prints and patterns, compression apparel is as functional in the gym as it is fashionable in the café for post-workout protein smoothies.

“In the early days, it was much different,” said Fred Hernandez, director of marketing for 2XU. “Compression has a long history on the medical side to treat circulation issues and diabetes. But it’s come a long way.”

“It’s a necessary part of the system of dress for all athletes today,” said Glenn Silbert, vice president of men’s apparel for Under Armour.

Wearing compression apparel during and after a workout benefits competitive athletes as well as weekend warriors by cutting down on muscle vibration, improving circulation and reducing microtears and post-exercise soreness, Hernandez explained. As these attributes became better known to mainstream consumers, he added, compression apparal “translated down to everyday wear.

“The trend today is to have tighter-hugging apparel,” he said, pointing to Spanx and similar brands. “And that’s being applied to athleticwear.” Couple that trend with the fact that women, in particular, are now wearing their yoga outfits and workout clothes to the supermarket and to the office, and it leads to a “convergence of trends,” Hernandez said. “They want the benefits of compression as well as the figure-hugging look that is fashionable today.”

Men haven’t yet taken to replacing their suits with tights at the office, but when they’re working out, they’re layering compression tights under basketball shorts and wearing skintight tops under a lightweight jacket. This look is also appropriate to wear out to lunch — fashionable without being too revealing.

Ned Munroe, chief design officer for Champion, said the brand offers two levels of compression apparel for men: a heavier style that is more fitted to the body and a lighter-weight version that, while still provides the benefits, allows for more movement and flexibility. “There’s a big push in each area,” he said. “And it’s as strong in men’s as it is in women’s. The compression short in 9 or 11 inches is now a must and has taken the place of a jockstrap.” Although the compression shorts are offered in solids and prints, they’re “definitely the first layer,” Munroe said. Champion’s Power Flex shorts have prints on the knee, so they can be worn under basketball shorts, and the brand also offers compression Ts with the same prints.

The label further includes running tights with reflective taping for visibility — “That takes it to the second layer,” Munroe said — as well as long-sleeve shirts.

But for “someone older who doesn’t have a six-pack,” Champion offers slightly looser fits, some of which are for cold-weather training and use Duofold fabrics for warmth. “It’s a key volume driver for us,” Munroe said.

Under Armour built a $2 billion-plus business by bringing compression apparel to the masses.

“Under Armour and compression are synonymous,” said Silbert. “It was and continues to be the foundation of our business.”

The story is now well known. Under Armour founder and chief executive officer Kevin Plank, back when he played college football, had been searching for an alternative to cotton T-shirts and, shortly after graduation, created tight-fitting shirts that wicked away sweat and looked good on beefed-up players. “It’s now evolved into a system of performance dressing on the field, in the gym and on the road,” Silbert said. “When you wear compression, you feel powerful.”

Under Armour’s marketing machine has helped to fuel that demand, using football players and other athletes in motivational print and broadcast ads that speak to the benefits of compression. But as other brands enter the space, Under Armour continues to innovate. Its newest offering is UA ClutchFit, which expands and contracts to the contours of the wearer. “Most fabrics bind and bunch when you move, which causes restriction,” the company said, while ClutchFit “opens up, expanding under pressure for freer athletic movement.” Other new features include compression with venting as well as stretch — Under Armour will offer under the Armour Stretch name a new proprietary fabric for spring that stretches and recovers. “We took our base layer line and updated it for spring, so we can bring the benefits of compression with a stretch story,” said Silbert.

Beyond that, he noted that the company continues to see strength in tops and shorts, but leggings are now “phenomenal for us. They’re exploding across all genders and are a great layering look.” Under Armour also offers calf and arm sleeves that are popular with basketball players.

2XU’s Hernandez gives credit to Under Armour and Nike for using their relationships with athletes to benefit the entire industry. “If the basketball players are wearing it, pretty soon the kids will be, too,” he said. “Sports are now setting the trends for fashion.”

Compression also has crossed over into the lifestyle arena for Reebok. “It’s now entrenched in fitness,” said Chris Gallo, senior director of CrossFit apparel global product marketing. The brand has a good, better, best offering to address all price points and requirements. “It’s really taking off,” he said. “When it started, it was really big with kids, but now everyone from 22 to 50 is using it to get an edge and feel better.”

He said the brand is “looking for different ways to tell the stories and market it.” To capitalize on the trend, the brand is now offering a higher percentage of prints at the compression zones of its garments. Tattoo-style prints on the arms or on the back of a shirt, for example, show movement and “fuse performance and lifestyle together.” And the same holds true for tights.

This ath-leisure trend has also expanded beyond U.S. borders.

“Our business is growing in compression, and it’s a global business for us,” Gallo said. “Europe and Asia are not as mature, so there’s great opportunity there.”

At 2XU, Hernandez said the brand’s offering in compression has expanded dramatically over the past several years. “Five years ago, it was just socks and tights, and you’d wear them underneath as a base layer,” he said. “Now, you’re wearing them as your primary layer.”

Today, running shorts are integrating compression liners, running tights are being designed to be worn alone, and socks are being worn all day long — some are tall and come up to the knee, while others stop at the ankle to compress the feet. “Until three years ago, socks just came in black or white. We have them in over 20 colors now,” Hernandez said. “They’re fashion pieces. There’s a real convergence of fashion and sports. People are really appreciating the benefits for everyday use.”

He said the trend started with the explosion of brightly colored running shoes. “Five years ago, neons made a huge comeback,” he said. “And people wanted to match the rest of their outfits with their shoes. Now, you see neon-green running shoes with neon-green compression socks and tights with splashes of neon. Color is a real driver.”

Fashion brands are also embracing compression. Rhone, a new fitness apparel brand that is sold at Bloomingdale’s, Paragon Sports and Equinox, will be adding compression shorts for spring to capitalize on the ath-leisure trend. “It’s clearly growing, and we’re seeing more demand,” said Nate Checketts, cofounder. Rhone also offers compression socks and other select pieces in its line. “Our core strategy is to layer up,” he said.