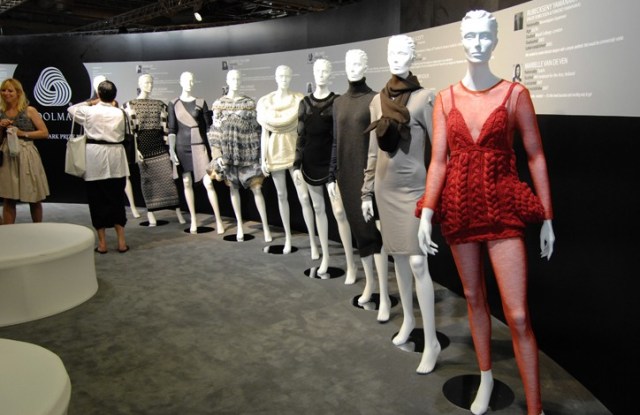 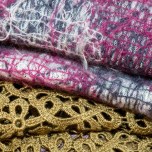 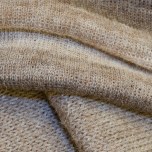 FLORENCE — Yarn manufacturers exhibiting at the Pitti Filati textile show said they feared an increasingly difficult six months ahead as they struggle in a shaky economic climate.

Spinners presented fall and winter yarn collections at the show that ended a three-day run July 4 at the Fortezza da Basso here. Although many executives reported stabilized sales for the first half of 2008, figures from the Italian textile and fashion consortium SMI-ATI indicate the Italian yarn industry has hit a rough patch.

After closing 2007 with a 4.5 percent drop in sales to 3.27 billion euros, or $4.48 billion at average exchange, results from the first four months of 2008 indicated the industry’s backsliding has continued. From January to April, production quantities for wool and cotton yarns were down 7.6 percent and 16.8 percent, respectively. Exports are also in a down slope, falling 5.7 percent in 2007, with signs of a drop-off early this year in key markets including the U.K., Spain and Hong Kong.

Many manufacturers admitted they would struggle to finish the year with profit margins, especially in light of forecasts that the U.S. dollar will plummet further against the euro. “We are in the hands of the exchange rate,” said Silvio Botto Poala, director of Botto Poala. “The market has lost a little faith, but our American clients are still interested in buying quality and they still need to come here to source prestigious yarns.”

Marchi & Fildi, together with Turkish textile firm Abalioglu Textile Industries, opened a mill in Turkey to offset the strong euro. The mill, named Filidea, will present its first collection of technical and worsted yarns in October in Italy.

“The exchange rate has devastated acquisitions, so we are really relying on our research and new products,” said Caterina Dissegna, director of Marchi & Fildi. “Turkey has a similar textile culture to Italy. There is definite synergy and know-how there.”

Other firms that outsource in China have found local competition tough. Last year, wool specialist Lana Gatto Tollegno opened a dyeing plant in Quandong, China. The factory’s dyeing capacity is 30,000 kilos, or about 66,000 pounds, of yarn a day.

“It lowers the price, but there is a lot of competition there now,” said Ermanno Germanetti, president of Lana Gatto Tollegno.

“Producing in China has its advantages, but the collection has to have something extra that sets it apart from the basic offer,” said Lola Coppini, chief executive officer of Lineapiu. Meanwhile, mills at the fair enlarged their “green” yarn offerings, some applying eco-friendly conditions to production processes.

Cariaggi, which celebrates its 50th anniversary this year, introduced a new cashmere yarn called Goad, dyed with an intense azure blue pigment. The dye is derived from a local plant sourced in Urbino, near Cariaggi’s factory in central Italy. Cariaggi also added another 15 shades of its vegetable pigment dye colors for classic cashmere yarns and combed worsted yarns.

“The new shades are really deep and the results are quite even, unlike mottled vegetable dyes of the past,” said Cristiana Cariaggi, ceo of Cariaggi, adding that it took the firm two years to perfect the dyes.

Ramping up its commitment as a green spinner, Iafil will invest 5 million euros, or $7.9 million, over five years to make its production processes eco-friendly. The company recently installed filters to recover and recycle caustic soda, a damaging chemical used during cotton’s mercerization process.

“We are serious about this,” said Elena Salvaneschi, marketing director for the firm. “We want being ecologically aware to become a way of life.”

Lanificio dell’Olivo showcased two new yarns under its Ecoalpa brand. The yarns are blended from pesticide-free wool and alpaca fibers that come in a range of colors that are the natural hues of the alpaca’s fleece, including cream, gray, brown and black.

“We’ve managed to produce it in the most natural way possible to reveal its natural beauty,” said Pietro Taddeucci Sassolini, president of Lanificio dell’Olivio.

Colorful, chunky and extra fine yarns were the key looks for fall and winter.

“It’s a continuing trend, but yarns have to be ultrasoft and extremely light even if they are thick,” Coppini said.

Her firm, Lineapiu, spearheaded the trade show’s trends with its new yarns that included a fuzzy wool and nylon blend in degraded shades of blue and plum, and a wool and polyamide blend spun so that the center of the yarn is empty, giving a fluffy, cotton wool-like hand. Other spinners sought to boost the luxury quotient on blends. Iafil combined alpaca with silk for an ultrafine yarn shown in a diagonal rib knit, while Cariaggi mixed vicuna with silk to create a glossier-looking natural camel hue yarn. Botto Poala and Lana Gatto Tollegno produced silky feel, glossy, featherweight wools spun from 13-micron extra fine wool.

Buyers showed interest in thicker yarns for cables and fine-gauge yarns for pointelle and rib knits.

“For the U.S., the prices are awful,” said Jennifer Dunn, designer for women’s sweaters at Juicy Couture. “We use some Italian yarns in our line to keep the quality constant.

There’s a lot of good trends this year. The organic element really interests us and the colors are really vibrant without being too loud. I love the heathers, the plums and the fuchsias, which match the really feminine yarns we are seeing this season.”