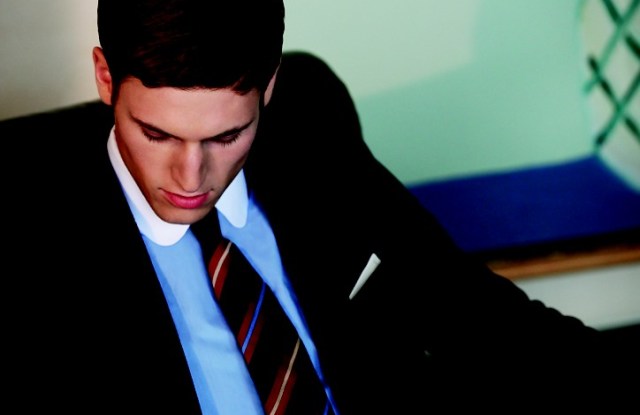 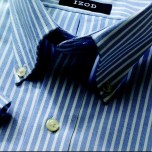 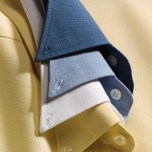 Americana, that lineup of sartorial archetypes that stretches from preppy schoolboys and elegant Gatsbys to starched World War II officers and dusty hobos, has seeped beyond trend-oriented sportswear collections to the staid environs of the dress shirt floor.

Taking cues from American-inspired designer collections such as Woolrich Woolen Mills and Thom Browne, dress shirt makers have begun to include more vintage references in their ranges, like old school collars and patterns and time-honored fabrics.

Within the PVH portfolio, styles based on preppy classics such as banker stripes and oxford cloth are trending in the Trump and Eagle brands. Button-down collars — an American invention more associated with sport shirts than dress shirts — have been selling well in both Tommy Hilfiger and Van Heusen.

The more casual collar, Lechner said, is not only an appeal to a more relaxed down-home style, but also a rejection of the European influence that has long held sway over American men’s wear.

The American moment has also helped elevate venerable domestic brands. Gitman, which for years was better known as a shirt licensee and contract manufacturer than a brand, launched a line of dress shirts in Bloomingdale’s this fall called Gitman Blue. The trim-fitting shirts, interpretations of American classics like chambray and contrast collar oxfords, highlight the market’s taste for brands with authenticity.

Robert Bryan, a fashion editor and author of the recently published “American Fashion Menswear,” a book that charts the evolution of American male dress, said the current shirt market is filled with distinct American references: chambray from workwear; Bengal stripes from the Ivy League style forged in the Fifties, or thin proportions from the “Mad Men” era. “After years of superficial, overpriced fast fashions, the market was ready for real substance, with integrity of design, quality and a history.…Nothing is more genuine than these true American classics,” Bryan said.

While consumer thirst for brands rich in heritage started before the recession — Thom Browne’s office drone chic surged as the Dow reached its dizzying zenith and housing prices soared — the recession has only propelled and broadened demand.

Even contemporary shirt brands like Perry Ellis are adopting elements from classic vintage style. That label, produced under license by Smart Apparel, a division of Youngor, has put a micro button-down collar on some of its shirts for the first time in recent memory. The line is also using off-white grounds on some of its Perry Ellis shirts. “It has a worn and faded feel to it,” said Trudi Roach, vice president of design at Smart Apparel, adding she is shopping vintage stores for inspiration more than ever.

Nautica, also produced by Smart Apparel, is showing more old-school looks in its spring collection as well, including vintage plaids and checks. “We were inspired by the simplified, cleaner scale of the patterns,” Roach explained.

The nostalgia, however, is not confined to the U.S. — Thomas Pink has been mining its British heritage for its shirt collections. This fall it introduced a new take on the rounded club collar — a vestige of English public school uniforms — and this spring the brand will be showing a broad selection of vintage-inspired checks and schoolboy stripes. “The collection is a throwback to the polished glamour of the Fifties and Sixties,” said Nina Dobson, the brand’s senior men’s wear designer, who could just as easily be describing shirt trends in the States.

The club collar, which is popping up across the Atlantic at Polo Ralph Lauren and Brooks Brothers’ Black Fleece collection, was also a staple of American dress. The style was popularized in the first two decades of the 20th century by advertisements for Arrow Collar. It is a pre-Great Depression style, and in this sense, is the ultimate piece of nostalgia for contemporary men looking to evoke a time before the financial collapse and the deepest recession in a generation.