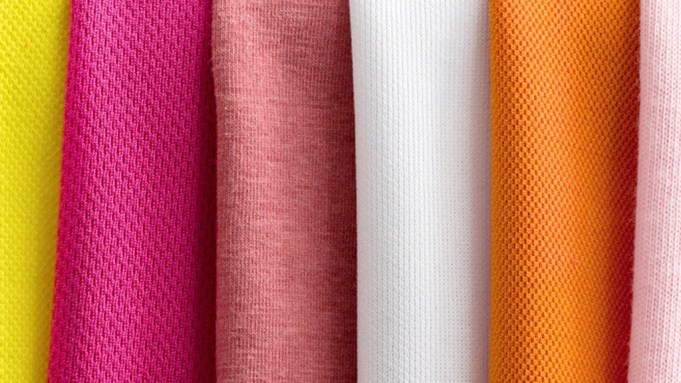 Dupont Sorona, fitting the bill for a modern fiber with its combination of performance and sustainable characteristics, is also leading the company back as a player in a sector the firm abandoned when it sold its Invista unit to Koch Industries in 2004.

She noted the fiber is part of the Industrial BioSciences business unit at Dupont. The unit generates annual revenues of about $1.2 billion and is “poised for continued growth,” Lee said. While Dupont doesn’t break out volume for its businesses such as fibers within the IB unit, Lee said sales into apparel, including Sorona and other products such as enzymes that go into textile manufacturing, are about 5 percent of that. This would mean Sorona and other textile products have grown to have sales approaching $60 million in the four years since its inception.

While fibers are now just a small fraction of the chemical giant’s volume, which hit $34.8 billion in 2012, Lee said, “The entire IB division, including Sorona,” which is also sold in the home goods and industrial sectors, “is considered a growth area.”

Among the three products Kullman cited as examples: “Sorona polymer for carpets and apparel, the historic first commercial demonstration that microorganisms can be metabolically engineered into cell factories and turn renewable feedstocks into industrial materials at a large scale. It was made possible only by integrating Dupont science across different competencies and different markets.”

Dupont exited the textile fiber business in 2004 by selling the $6.3 billion Invista unit, which had a significant presence in the polyester, nylon and spandex markets with brands such as Lycra, Coolmax and Teflon.

In 2009, Sorona was designated by the Federal Trade Commission as a “triexta” fiber, a new generic classification along with other fibers made with PTT, or polytrimethylene terephthalate polymers. Lee noted that PTTs like Sorona, which replace a petrochemical-based ingredient with one made with a renewably sourced ingredient — corn-derived glucose — requires 30 percent less energy and reduces greenhouse gas emissions 63 percent compared with the production of an equal amount of nylon.

“We serve the market through an aligned global value chain, so we have partners at the fiber and yarn producer level, at the fabric mill level, and we also do pull-through and end-user marketing at the brand house and retailer level,” Lee said. “Our transactional customer is going to be much more upstream, but I think all of the points along the value chain are key stakeholder straps and areas that our global team looks to touch and feel and get in front of with the key messages about Sorona and the benefits that it provides.”

Lee described those benefits as a “unique combination of the performance along with the sustainability benefits.”

“One without the other in today’s world is not sufficient,” she said. “From a performance perspective in apparel, Sorona lends a lot of great qualities in regard to strength and recovery that lends itself to things like denim, for example. The shape retention of Sorona lends itself to products such as outerwear and trenchcoats. The softness, which is one of the things people take notice of, makes it terrific for casualwear in wovens and knits, and allows for really easy wear for men’s or women’s apparel. There’s also the functional benefits for the care of garments made of Sorona because of its UV resistance, color fastness and chlorine resistance — all those things are fantastic from a functional perspective. Then you add in the fact that it’s renewably sourced. From our interaction with brands and designers around the world, sustainability is part of the consideration when looking at which fabric to use.”

Sorona has generally been seen as a nylon replacement fiber and has sold well in traditional nylon products such as swimwear, but it has also taken the place of polyester filament in areas such as insulation or fiberfill, since it can be tightly packed and has warmth retention characteristics. Sorona is also being used as blends with cotton and merino wool, adding its qualities to those materials.

Lee said in bringing Sorona to the market as the first textile fiber since the company left the field, especially as a branded product, “having Dupont behind it had meaning.”

“We seem to still have a lot of value in the marketplace and that’s something we’re very proud of,” she said. “There is definitely a long history of innovation in this space. How we go about innovating for the future is sparked by some of the Dupont corporate positioning focusing on collaborative partnerships and bringing new solutions to the market. We have things in the pipeline we’re doing that fall under the umbrella of fibers and fabrics.”

Dupont created the synthetic-fiber business when it introduced nylon at the 1939 New York World’s Fair, and added to the operation with the invention of polyester and acrylic. It was also a pioneer and leader in marketing branded fibers, and Sorona is following a similar path.

“One of the keys to our success is communicating and reinforcing the fact that Sorona offers a different set of benefits and qualities that might not be found in other fibers,” Lee said about the purpose of its advertising. “The marketing that we do, some of it is visible and some of it is not so apparent. The WWD insert we did during [New York] fashion week, literally with fabric swatches of Sorona attached, put it into the hands of the customer and the entire fashion community. We’re looking into similar marketing.”

In addition, Sorona is showcased at trade shows and industry events, such as last month’s Expofil and Première Vision shows in Paris, and this month’s Shanghai Intertextile fair and China Sourcing Fair in Hong Kong, where Sorona and Dupont Teflon fabric protector hosted the Dupont Textile Collaboratory pavilion. In less visible ways, Sorona is a member of the Sustainable Apparel Coalition and has participated in other venues focusing on sustainability in the field.