How the founder of Shwood, a primarily wooden sunglass firm, stumbled into the eyewear business. 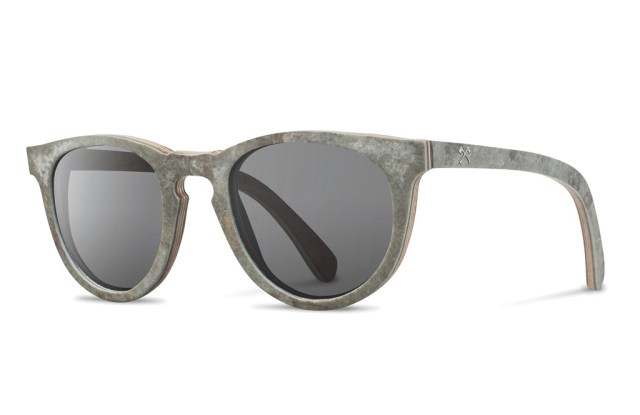 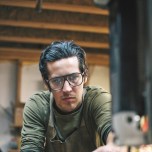 Eight years ago, Eric Singer was like a lot of high school graduates — unemployed and broke.

His father was a hobbyist in woodcrafting, and Eric spent his days messing around in Dad’s woodshop in Canby, Ore., whittling end tables and custom interior parts for his car.

“Ever since I was little, I played in my dad’s woodshop,” Singer said. “My dad passed away, but I kept playing in his shop and learned how to make things through trial and error.”

But Singer had other passions as well. He was an avid snowboarder and skater, and he collected vintage sunglasses. Inspired by his collection, he melded all his hobbies when he cut a branch from the Madrone tree in his neighbor’s backyard and decided to carve a frame —  in a style popular with the skate crowd.

Using hinges he pilfered from the vanity in his mother’s bathroom, he attached the temples and inserted lenses from an old pair of sunglasses.

He took his new creation to a skate park where fellow skateboarders, impressed by Singer’s look, put in orders. Selling the frames for $20 a pop, Singer decided that he could make sunglasses and it would still leave him plenty of time to snowboard.

Over the next few years, Singer, who lived in his car and, later, on a tour bus with snowboarding friends, traveled with a hand drill to make and sell sunglasses. Persuaded by four friends who would become his business partners, Singer launched his company, Shwood, in 2009.

Based in Canby, Shwood gained traction fast. Within the first week of launching, a blogger wrote about the brand’s handmade wooden sunglasses and the company garnered more than 200 orders. At the time, the shades sold for between $95 and $125. But there was a labor issue: “I was making only about five pairs a day,” said Singer, who was overwhelmed by the response. “I thought, ‘We’re going to fail before we start.’”

Team Shwood began staffing up and now employs some 50 craftspeople. It expanded the collection, which now ranges from $125 to $350. Today, Shwood, which recently launched a pair of frames made of stone — slate from Germany, to be exact — sells its wares in more than 300 locations worldwide and on its Web site, shwoodshop.com. Still made in Oregon, the collection can be found at retailers such as Nordstrom, Bloomingdale’s, Urban Outfitters and Saks Fifth Avenue.

Although he hasn’t retired his snowboard, Singer now spends his days focused on product. The firm produces 120 frames a day and roughly 20,000 pairs a year, and is gearing up to launch a slew of collections made from natural materials.

“We didn’t know anything in the beginning. We just wanted to make something cool,” Singer chuckled. “I guess the drive for success kind of came naturally.”