PARIS — As Europe’s apparel firms count down to the end of the quota regime, they are still debating what the effects will be — and how fast they will come.

They’re not expecting a Big Bang event. Though few sourcing... 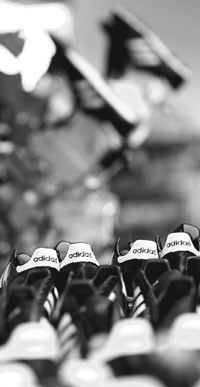 PARIS — As Europe’s apparel firms count down to the end of the quota regime, they are still debating what the effects will be — and how fast they will come.

They’re not expecting a Big Bang event. Though few sourcing executives contest the inevitability of major production consolidation to facilities in Asia, particularly in China, many question the judiciousness of committing to big strategic shifts now.

“No one is sure what will happen,” said Reiner Seiz, general manager of global sourcing at Puma.

Keith Jacobson, head of strategic sourcing projects at Adidas-Salomon AG, said, “It is difficult to know how fast to go and how fast things will change. The single biggest risk over the next year is that the U.S. decides to use its safeguard provision.”

While apparel and textile quotas will be lifted next year among World Trade Organization members, China will be handled differently. That nation joined the WTO in 2001, after the quota phaseout had been agreed to. As part of its accession agreement, China accepted a measure called safeguard quotas, which importing nations can use to limit Chinese shipments. The safeguard quotas can be imposed for up to three years in categories where Chinese shipments cause “market disruption.”

Executives said there is reason to expect that disruption standard to be met.

Experts expect China’s apparel exports to soar 150 percent in 2005, making it by far the world’s leading apparel exporter, with 47 percent of the market, according to a World Bank study. In Europe, a study from Paris’ Institute Française de la Mode projected that 40 percent of the trading zone’s apparel imports will be from China by 2010. That compares with 17 percent of all EU apparel imports coming from China in 2002.

“It’s still too early to tell,” said a spokeswoman. “We could see EU action. We can’t be sure how sourcing will change for the moment.”

Even if questions linger about exactly when the last vestiges of the quota system will end, European companies anticipate 2005 to be the beginning of significant consolidation. Most said they have been preparing for years for this event, building their presence in China with new sourcing offices.

Redcats, the French catalogue that is part of Pinault-Printemps-Redoute, increased the number of people working in its sourcing operations in China and Hong Kong to 200 over the last couple of years. It has less than that number working in the rest of Asia combined.

“We don’t expect a revolution in 2005,” said Thierry Falque-Perrotin, Redcats’ president. “But the end of quotas will boost the importance of exports from China for us. We’ve been preparing for some time, so the changes for us won’t be dramatic in January. It’s not in our interest for the shift to be too violent.”

Executives said the most profound changes are likely to be played out over the next five years.

But it’s not only the specter of safeguards that is making Europeans circumspect. Executives said the Chinese government itself poses a risk.

Puma’s Seiz asked what would happen in the case of a conflict between Taiwan and China: “China [could] close its borders, and orders get stuck in the country. [That] would definitely affect our business.”

There are also worries about China’s allegedly undervalued currency, which amplifies the country’s appeal — especially with the euro at record highs — and wide-ranging infrastructure problems, including spotty power and water supplies.

Logistics are another concern.

“This year we had problems getting merchandise that was finished out of the country,” said Falque-Perrotin.

Whether it’s due to the shortage of the standard 20-foot and 40-foot cargo containers or jammed ports, the country is struggling to keep up with increased demand. Even more expensive air freight can become problematic.

“There is not enough infrastructure to support the global trade,” said Jacobson. “There are not enough boats and planes. There is not enough steel to build ships. They can’t build the airports fast enough. We’re not compelled to move too quickly in 2005. We’ll move in a managed fashion and will slowly see an increase in China.”

Another question posed by European firms is the extent to which the end of quotas will influence prices.

For the moment, it is difficult to gauge. In recent years, Europe has not suffered from the deflation in apparel prices that has been nearly constant in the U.S. Whereas apparel prices deflated about 4 percent in 2002 in America, average apparel prices increased 0.4 percent in Europe, according to the French institute, known locally as the IFM.

This usually is explained by differences in tastes. Retailers in the U.S. depend on large volumes in basics such as T-shirts and jeans. But Europeans are more dressy and fashion-forward.

Zara, for instance, only sources 30 percent of its product mix in Asia, while its more fashionable pieces come from Europe.

“As our supply structure isn’t based mainly on costs but on time, [Zara’s parent company] Inditex doesn’t consider significant changes related with the end of quotas in 2005,” said a spokesman.

But in 2003, the U.S.’s endemic price deflation seemed to be catching on in Europe, as prices dropped there more than 1 percent, mostly because of increasing Chinese imports, said IFM. Data like this makes Europeans wonder if a new deflationary cycle isn’t on the horizon.

While companies would like to pocket savings from consolidated Asian sourcing to improve margins and profits, it could be unlikely. If the competition starts to drop prices, most executives agree that they will be pressured to do the same.

“The end of quotas may be advantageous, but they will be advantageous for the competition, too,” said Falque-Perrotin. “Apparel prices in the U.S. haven’t increased since 1996, and price deflation will continue elsewhere.”

Jacobson added, “It will be interesting to see who is the beneficiary of reduced costs — the company or the consumer.”