Warmer weather brings out bursting flowers, chirping birds and... consumers? The last one may be a little harder to gauge.

By Cotton Incorporated on May 17, 2012
View Slideshow 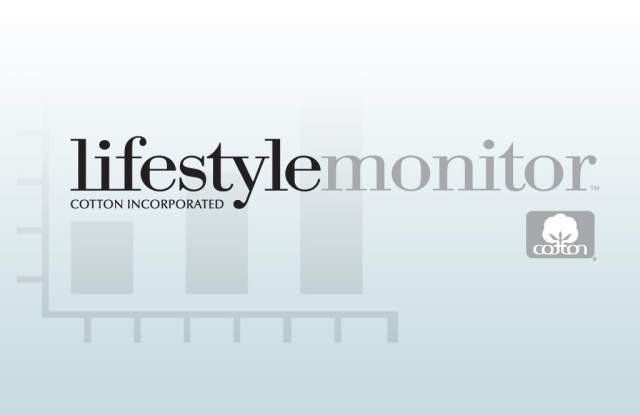 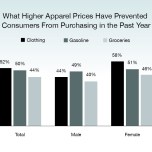 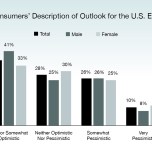 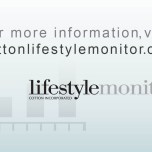 Warmer weather brings out bursting flowers, chirping birds and… consumers? The last one may be a little harder to gauge.

Balmy weather in the first quarter of 2012 had people shopping for new wardrobe items. But when chilly weather set in, they pulled back.

The International Council of Shopping Centers reports April U.S. chain-store sales rose by 0.6% on a year-over-year basis. It attributes the flat number to an earlier Easter this year than last (April 8 vs. April 28) and abnormally warm weather in March that pulled demand forward.

McMillanDoolittle’s Anne Brouwer, senior partner, says the record warmth in March across the country was the single most significant driver of apparel sales in early spring selling.

“It definitely accounted for an early stimulus,” Brouwer says. “However, there’s no long-term trend that says consumers are more optimistic or pessimistic about anything. But the daily 30%-to-40% off from a variety of retailers tells me business is still very promotionally driven and stores are not pulling back from that by any means.”

Such promotional pricing might be stores’ acknowledging that in the first quarter of 2012, 78% of consumers were still “very or somewhat concerned” about a reduction in their annual household income, according to the Cotton Incorporated Lifestyle Monitor™ Survey. This could be because 73% of consumers still think the U.S. is in a recession.

While 47% of consumers are “very or somewhat optimistic” about their personal financial situation, that figure is flat from the first quarter of 2011. Even amongst the typically carefree younger teen market, the Monitor survey found that just 45% were optimistic. However, this group is more prone to being influenced by weather conditions.

“Teens buy on a ‘wear now’ basis,” Black says. “Zumiez’s Tom Campion said his business is all about the weather. The temperature outside makes a huge difference for that company. And if gas prices go up, teens don’t run to the mall as often. They don’t have credit cards to use at the pump.”

Regardless of weather or personal outlook, the American Institute for Economic Research’s Dr. Steven R. Cunningham, director of research and education, says people are fairly upbeat after a downtick in confidence indexes in March.

“The consumer is back, if a little shell-shocked and cautious,” he relates, explaining, “After-tax incomes continue to rise, albeit slowly. Over the recession, people turned to saving and paying down credit cards, making charge purchases a little less traumatic now. Finally, economists are starting to talk about ‘austerity fatigue.’ As the economy starts to improve, and unemployment starts to fall, people are tiring of waiting to return to their regular consumer lives. Shoppers are still looking for bargains and weighing quality, but they are shopping.”

Consumer spending accounts for 70% of the U.S. economy. And although it took a hit when recession-plagued consumers decided to pay down their household debt and increase their savings, it continues to recover, albeit slowly: the Commerce Department recently reported the economy grew 2.2% in the first quarter, with consumer spending rising 2.9%.

Additionally, Visa and MasterCard recently reported jumps in profit for the first three months of 2012. Visa’s U.S. transactions increased 12%, while MasterCard saw usage rise 14%, with some of the strongest increases coming from apparel spending.

More than 4 out of 10 consumers (42%) strongly or somewhat agree that as the U.S. economy improves, their clothing spending will increase with it, Monitor data show. Women (46%) and consumers ages 13-to-24 (52%) are significantly more likely to agree than their counterparts.

But currently, nearly half of consumers (47%) say they are purchasing less apparel for themselves compared to last year, according to the Monitor. And women are significantly more likely than men to say so (52% versus 40%).

“People are more discerning today about product,” Black says. “They’re not necessarily brand loyal. Apparel that’s selling is all about fashion. Along with the warm weather, I think the bright merchandise at retail has helped ignite sales. Everything was so dismal since the economy fell off a cliff that the brights were uplifting and new and compelled people to buy.”

Brouwer agrees. “We still like our clothes and still like our fashion, and consumers respond to fresh new ideas. Apparel retailers need to offer great product they can sell at a great price — and still make money. Individual businesses need to be smart. There’s plenty of opportunity.”

While high gas prices dominated the news earlier this year, 52% of consumers say increased apparel prices have kept them from purchasing new clothes, followed by higher gasoline (50%) and grocery (44%) prices, the Monitor finds.

Cunningham says bad weather or high gas prices can contribute to a negative outlook, but the actual financial impact is marginal.

“Assessing that impact also requires context. If the consumer is suffering ‘austerity fatigue,’ has paid down credit cards, and is enjoying more job security, gloomy weather just might trigger a bout of ‘retail therapy.’ Higher gasoline prices might forestall a vacation trip, but might also precipitate a trip to the mall.”