Retailers and apparel brands are on alert as flood waters continue to rise in Pakistan. 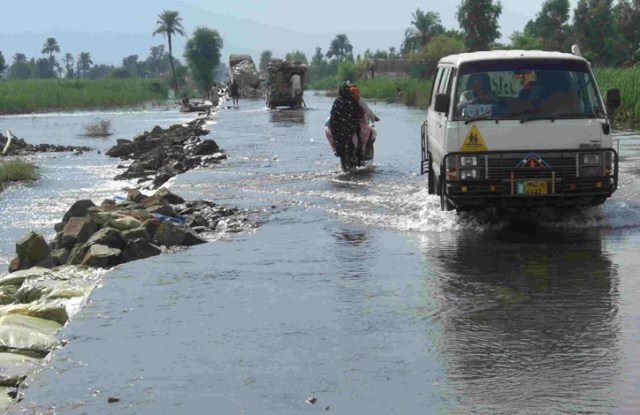 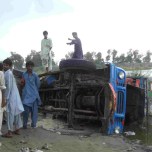 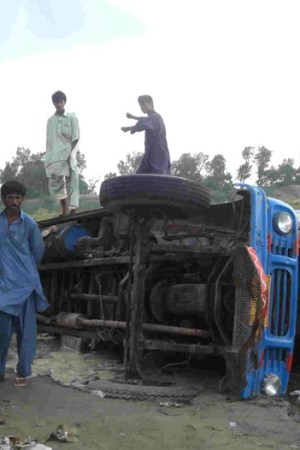 The floods have left millions of people in need of emergency assistance.

WASHINGTON — Retailers and apparel brands are on alert as flood waters continue to rise in Pakistan and the damage to 15 to 20 percent of the country’s cotton crop raises concern about higher prices, shortages and the viability of the Asian nation’s textile and apparel manufacturing base.

Preliminary reports from U.S. sourcing and Pakistani textile executives revealed no immediate disruptions in apparel and textile production in the major manufacturing hubs of Lahore, Karachi and Faisalabad or in shipments from Pakistan, but there are concerns about the potential for future disruptions.

Monsoon rains have ravaged Pakistan’s agricultural heartland since late July, destroying about 1.4 million acres of cropland, according to the World Bank, and bringing total crop losses to an estimated $1 billion. The flooding has also killed an estimated 1,500 people and left millions homeless and in need of emergency assistance.

U.S. retailers and brands have significant exposure to Pakistan, the third largest U.S. supplier of textiles and apparel, having shipped $2.9 billion worth of apparel and textiles to the U.S. from that country for the year ended in June, according to the Commerce Department.

“The cotton crop is going to be down 16 percent and that has already driven up the price of Pakistan cotton to $1.10 a pound,” said Rick Darling, president of LF USA, a subsidiary of Li & Fung Ltd. “But I don’t think that will be sustainable given the price of Indian cotton [95 to 96 cents a pound], which they will have to import.”

Analyst estimates on Pakistan’s cotton crop loss vary from 1 million to 3 million bales out of a total of 10 million to 14 million projected bales.

“When you subtract 1.4 million bales in a two-week period from an unexpected event of this nature, it has an impact and will raise cotton prices,” said Terry Townsend, executive director of the International Cotton Advisory Committee, an intergovernmental body. His group has projected that textile mill use in Pakistan will be reduced by 5 percent, or 500,000 bales, to 10.3 million bales.

Darling of Li & Fung said the “biggest issue on the fabric side is that last year’s cotton stocks sitting at the spinners are almost depleted.

“This year’s crop had barely started to arrive when the flooding hit, and there will definitely be a period of time where the actual cotton stock in spinning mills will have to rebalance itself. There are expectations of a potential for some shortages of the yarn and cotton supply over the coming weeks.”

There are some promising reports out of Pakistan that damage to the cotton crops could be mitigated by the eradication of insects and fungus due to the flooding.

“Six hundred thousand acres, or 10 percent of the total area, is submerged in stagnant flood waters and has been lost,” Punjab Secretary of Agriculture Arif Nadeem told WWD.

But the elimination of insects and fungus due to the floods could help save an additional 7 to 8 percent of the 90 percent of the cotton crop that was not destroyed by floods, bringing the total estimated loss in that province to 4 to 5 percent of the total 6.1 million acres in Punjab, Nadeem said.

Diversification appears to be helping some larger vertically integrated textile mills offset any losses from the flooding.

“When spinning was hurting, the profits from our weaving division balanced out our current accounts, and now that spinning did well in 2009-2010, it is spearheading the mill’s profitability,” said Yusuf Abdullah, director of Sapphire Textiles, a vertical textile mill in Lahore.

Ahmad Kamal, chief executive officer of Kamal Group, which includes spinning, weaving and knitting mills in Faisalabad, said the floods have not impacted his textile business, nor have importers had any reaction to it, although he said textile mill use would be down by about 5 percent overall as projected.

The spot rate at the Karachi Cotton Association fell to $73.70 per 40 kilograms on Monday for average quality lint from an earlier all-time high of $83.

The Pakistan government is reportedly considering lifting tariffs on cotton imports from India to supply an estimated 3.5 million bales of cotton that mills say they urgently need.

The damage to Pakistan’s economy could also lend momentum to stalled legislation in the U.S. Congress that would create duty-free manufacturing zones that include some apparel, dubbed “reconstruction opportunity zones,” in the war-torn Afghanistan and Pakistan border areas.

“Improved market access to sustain the economy, create jobs and prevent the spread of extremism will take on even greater importance in light of the flooding and its economic impact,” said a U.S. State Department spokesman, also noting that the Obama administration remains committed to the ROZs.

Still, U.S. importers and retailers have some concerns about future business in Pakistan as well as in other countries that use its yarn.

Janet Fox, vice president and director of strategic sourcing at J.C. Penney Co. Inc. and chairwoman of the U.S. Association of Importers of Textiles and Apparel, said a shortage of 20s and 16 single cotton yarns spun in Pakistan could affect knitting mills reliant on those yarns in southern China.

“It forces you to do different things with fabric and use different yarns,” Fox said. “We may have to use finer yarn counts, which are more expensive, and that makes you reconsider your country mix where you produce your fabric as well.”

The potential for disruptions in factory production is also weighing on executives’ minds.

“Absenteeism in the factory areas of Lahore and other areas is rising to some extent as workers go back to villages and help their families,” said Darling, adding he did not want to overstate the problem. “It could have some impact on production in the next couple of months, and it is something we are watching closely,” he said, stressing that there are currently no disruptions in production or deliveries from Pakistan.

Some Pakistani textile mills said they have found replacements for missing factory workers and do not expect major disruptions.

“Where we might see an impact is on future business,” Fox said.

Tightening credit and bank-financing issues could force J.C. Penney to open more letters of credit to give textile firms the credit lines they need to operate, she said.

“It does make you question your Pakistan strategy, especially if banks in their own country won’t lend them money,” said Fox. “That will put more people out of business.”

“The result the floods can have on bank financing will be an increase in government borrowing, leaving less capital available to the private sector,” said Rizwan Hameed, senior vice president and head of corporate (North) National Bank, the largest and only state-owned bank in Pakistan, adding that only mills that have struggled to make loan payments in the past will have to depend on importers’ letters of credit.