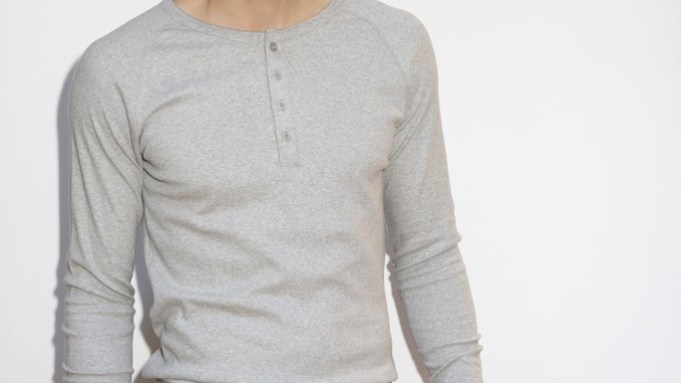 Levi Strauss & Co. will unveil its first collections of men’s underwear and socks for the Americas today at Project in Las Vegas.

The new men’s range was designed and merchandised under license by Mad Projects Industries, a global manufacturer, marketer and the global design arm responsible for Levi’s Basics for the Americas. Dobotex, a bodywear and sock unit of Puma AG, will oversee the European and Asian markets.

Distribution is aimed at major department and specialty stores including Macy’s and Nordstrom, e-commerce sites such as Amazon.com and Freshpair.com., and Levi’s stores worldwide.

A first-year wholesale sales projection was not available, but the combined lines could generate sales in excess of $25 million, according to industry estimates. A women’s line of underwear is being considered for the future, said a Levi’s spokesman.

WWD got a first look at the new category launch, which, under the Levi’s umbrella, will include seven distinctive and trendy collections of premium underwear, socks, T-shirts, tank tops, long-sleeve shirts and Henleys for men. Colors include heather gray, black, white, cream, brown, chili-pepper red, deep blue and a neonlike orange-red.

Andy Nipon, chief creative director at Mad Projects, said attention to detail and staying true to the Levi’s brand core philosophy will give the product launch a competitive edge.

“We wanted to do it in a way that hadn’t been done before. We wanted to create a seamless connection with the Levi’s brand, and it allows us a lot more flexibility with fabrics and design,” said Nipon.

• Shiny and matte silicone “bat wings” — the shape of the Levi’s logo — on waistbands to help keep shirts tucked in.

• Old-fashioned angle belts on the back of tops and bottoms.

The Surplus Series group with military stamp details will be sold exclusively at Macy’s. Other groups include The 200 Series of cotton and spandex briefs, boxer briefs and trunks with 100 percent cotton crew-neck tops, and The 300 Series of ribbed cotton styles featuring denim-inspired details such as branded hardware and interior “horse-pull” logo patches. A fourth group, The 400 Series, is rendered exclusively in 100 percent merino wool that has natural antimicrobial and antiwicking properties, while a group called The Commuter Series, inspired by cyclists, features activewear components like mesh gussets and stash pockets.

There’s also a line of woven boxers that takes its cue from classic men’s shirting cut in a modern, tapered silhouette, which Nipon describes as “fun and easy.”

Nipon acknowledged the new launch will address the designer market in men’s underwear. “It’s a premium price point, a touch below Calvin Klein,” he said.

Packaging for the underwear is distinct and different in three renditions that emulate the brand’s DNA: a simple paper bag and a box made of recycled paper that has a match strike on the side, and a wood box with a pullout tab that can be reused to store accessories like cuff links.

Meanwhile, the cotton-based sock line features reinforced toes and heels, arch support, comfort cuffs and silicone anti-slip bat-wing tags. A special pair for holiday gift-giving called “The Grandpa Sock” is inspired by vintage memorabilia and will be merchandised in antique-looking mason jars with a darning kit.