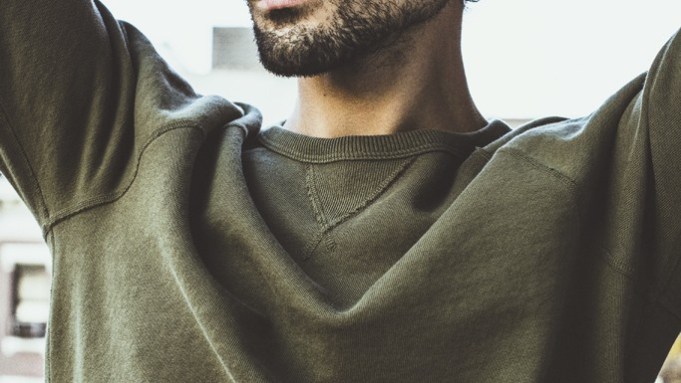 Men’s underwear and casual apparel brand Flint & Tinder sources all of its products from the U.S. — even novelty items like soap. This spring, the company will take its homegrown ethos a step further and open its own manufacturing facility in downtown Manhattan, with a financial boost from the New York State Regional Economic Development Council.

The company has taken a lease on 2,500 square feet of empty office space near its Chinatown headquarters for its garment production facility. “It’s disgusting right now but by January it’ll be clean and white,” said Jake Bronstein, founder of Flint & Tinder. “It’s zoned for light manufacturing and we’re currently on the hunt for the machines we want for some weird ideas that I have.”

High on that list are 3-D knitting machines from Italy that can construct fully formed sweaters or seamless underwear. Bronstein expects the facility to be up and running and churning out finished garments in the first quarter of next year.

The state grant requires Flint & Tinder to create at least 10 full-time jobs by June, although Bronstein said up to 25 employees could be hired if he hits his sales goals. The $100,000 can be channeled only into labor costs, not machinery or rent, and the money is paid out over 10 years, with the bulk front-loaded into the first five years. The company can apply for additional funds if performance benchmarks are met, said Adam Cook, chief financial officer of Flint & Tinder.

New York’s Regional Economic Development Council implemented the grants program in 2011. Apart from Flint & Tinder, this year’s participants range from a ceramics manufacturer in Niagara Falls to the College of Nanoscale Science and Engineering in Albany.

“These efforts have allowed the Regional Councils for the last three years to pursue economic development projects on the ground all across the state, from creating new technologies and supporting innovation to building hospitals and tourism destinations that will further our economic growth,” said New York Gov. Andrew Cuomo.

Lieutenant Gov. Robert Duffy, who is also chairman of the Regional Economic Development Councils, said growth stemming from the previous years’ grants had been “tremendous.”

Bronstein launched Flint & Tinder in April 2012 via a Kickstarter drive, with more than 5,500 people prepurchasing over $290,000 worth of underwear. An e-commerce site bowed in May 2012 and earlier this spring, the company added a hoodie sweatshirt, also via a Kickstarter campaign, which racked up $1 million in sales.

The hoodies, which sell for $99, and jeans, $110, are made in third-party facilities in New York while the underwear, about $25, is made in Los Angeles. “We’re not competing on price, which is typically where American manufacturing has fallen short,” said Bronstein. For example, the company will repair its hoodies over their lifetime free of charge at its New York production facilities — something that would be much more difficult to do using an overseas factory.

Asked about the business rationale of opening a high-cost production facility in Chinatown, Bronstein was blunt. “It’s terrifying. There might not even be a rationale to this,” said Bronstein. “But it sounds fun and interesting. Our main goal is that we’re challenging ourselves.”

Financial backers of Flint & Tinder include Zappos chief executive officer Tony Hsieh and Fred Mossler, a senior executive at the online shoe retailer. Flint & Tinder sales topped $3 million this year and Bronstein expects that figure to multiply to more than $10 million in 2014.