The brand has joined a growing list of British compatriots to arrive in Boston. 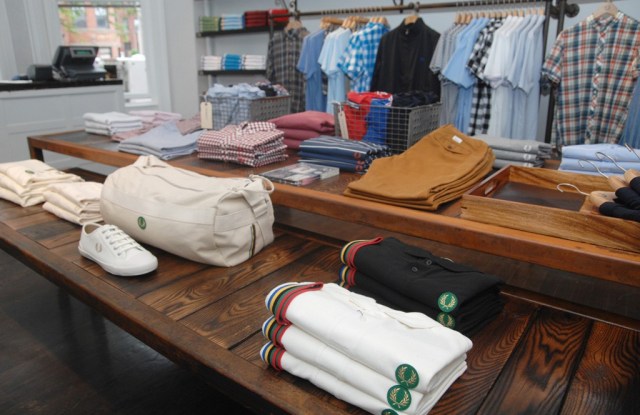 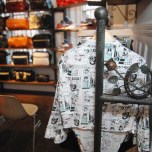 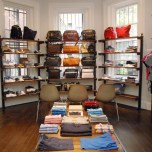 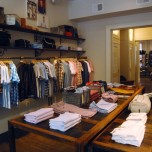 BOSTON — The British continue to march onto Newbury Street.

Last week, Fred Perry joined a growing list of compatriots (Ben Sherman, Ted Baker, Jack Wills, AllSaints Spitalfields) to arrive in this university-centric city. Rare for a street where retail space gets constantly retooled, the 1,073-square-foot store at 301 Newbury Street retains much of the original Victorian parlor fittings, including double fireplaces with elaborate carved and mirrored mantelpieces, glass transoms and ceiling medallions, all washed in white and dove gray. Given that Fred Perry’s customer is a sophisticated young prepster, the company has played up the “gent’s residence” vibe with vintage chairs and white-on-white tapestry wallpaper.

Market sources estimate the space will do $1 million in sales in its first 12 months; upward of $900 a square foot.

“Boston’s a strong market for brands with an innate British-ness. We know other brands have recognized the same factors we have, but at the same time we’re excited about this market for our own reasons,” said Richard Martin, head of global marketing. “Boston has a very vibrant, very youthful population.”

“We’ve had some really great gains in wholesale and some pretty good growth overall, so the natural progression is to start looking at our own retail,” Martin said.

The company operates 89 stores globally. Martin did not specify which U.S. market they’d open in next, but said Los Angeles and San Francisco are candidates based on strong Web sales in those areas. Brand founder and three-time Wimbledon champ Fred Perry moved to Los Angeles after his competitive tennis career ended. He spent his days hanging around with celebrities and giving lessons at Beverly Hills Tennis Club to the likes of Erroll Flynn, Charlie Chaplin and others.

In Boston, the focus is the men’s Authentic Collection, a lower-priced, casual label that generates 85 percent of the U.S. business.

At the front of this store, shelving units flanking the cash wrap create two “libraries” of tipped polo shirts, in regular and slim fit. Long a sales driver for the brand, the tipped polo represents 20 percent of Authentic Collection sales.

“We’ve done a good job in the last three years of diversifying the collection,” Young said, citing successes in Harrington jackets, slim-fit trousers, and bags. Prices range from $50 for a cap to $145 for marled cotton bomber jackets.

In the fall, the store will bring in British Workwear, a capsule collection inspired by Perry’s childhood in working class Stockport, England. The line racked up terrific wholesale orders, Young said, so the brand will continue it for another season.

The big men’s opportunity in the U.S., he believes, is the Laurel Collection, a higher-priced label that he’d eventually like to showcase in Boston in a separate, smaller space.

Asked if women’s wear was a high priority for growth, Young shook his head saying Fred Perry is happy to remain a men’s brand. “We’ll always take the business,” he said. “But you can’t be everything to everyone.”

The small women’s wear assortment, which sits at the back, is divided between Fred Perry Women’s and the Amy Winehouse Foundation Collection. The brand has tapped PPQ designer Amy Molyneaux, who created many of Winehouse’s onstage looks, to continue the collection past this season, which is the last Winehouse worked on before her 2011 death. It hangs on a rack ornamented with a wrought-iron horseshoe and crisscrossed roses, a tribute to late singer who had those motifs in her tattoos.

“The Amy Winehouse Collection is very important,” Martin said. “She helped us feminize some of our core masculine shapes — the polo, the gingham shirt. That’s what she lent us.”

Royalties Winehouse would have received will benefit the foundation her family started to help young people with substance-abuse issues.