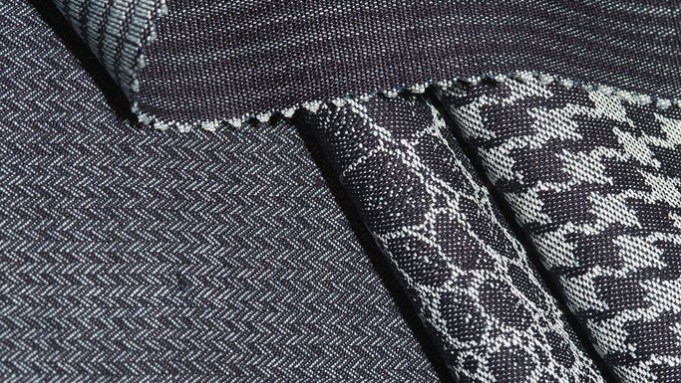 MILAN — Amid a push to render wool ever more luxurious, raw material prices are likely to rise in the coming months, said industry executives showcasing their 2014 winter collections at the Milano Unica trade show.

“We see wool prices going up,” said Woolmark and Australian Wool Innovation chief executive officer Stuart McCullough, adding that China’s growing affluent class, an overall rise in the world’s population and limited raw wool supply are all factors pointing to higher prices in the near term.

According to McCullough, wool is currently trading at 11.16 Australian dollars, or $10.39 at current exchange, per kilo, in line with the same period in 2012. The U.S. Department of Agriculture’s September report has wool selling for $4.61 a pound, compared with $4.55 a year earlier.

Silky to the touch, a luminous royal blue swathe of wool dubbed the Grand Cru 1663 was unveiled at the Vitale Barberis Canonico SpA stand in honor of the company’s 350th anniversary. Exclusively woven for luxury men’s wear brand Berluti, owned by LVMH Moët Hennessy Louis Vuitton, the fabric’s yarn exceeds 200 kilometers for one kilogram of fine wool, creating a yarn with a count of 201,000. Barberis Canonico said it invests 5 to 8 percent of total revenue into technology and textile research.

High-end international buyers are on a quest for the premium wool and silk that Italian textile makers can offer, said Silvio Albini, president of Milano Unica.

“Consumers have an increasingly high standard in terms of quality,” Albini said. “All high-end raw materials have the potential to rise [in sales].”

Fabric firms such as Lanificio Ermenegildo Zegna & Figli SpA were not fazed by the prospect of rising wool prices.

“We are pleased if wool prices are on the rise, that means that there is more demand,” said Franco Ferraris, ceo of Lanificio Ermenegildo Zegna.

Silk specialist Ratti, which is controlled by the Marzotto Group, said wool was a crucial component in its array of accessories that are more fine, soft and lightweight for its fall collection. There are opulent floral, polka dot and Art Deco prints, double- and single-sided decorated scarves and materials for ties and shirts.

“A rise in raw material prices will be a challenge for the sector this year,” Ratti said.

Aimed at educating the general public about the wool supply chain and its ecological and sustainable attributes, Milan’s La Rinascente department store placed a flock of sheep in front of its store as part of the “Campaign for Wool,” supported by Woolmark. The initiative, established in 2009, is slated to touch down in capital cities in Asia and Europe in the next few months.

“We don’t want to apologize for pitching wool to the pinnacle of the fashion triangle,” McCullough said. “We don’t want wool to be mass-marketed.”

Woolmark also renewed its partnership with Milano Unica for “On Stage,” a project dedicated to the promotion of upcoming talents.

On the opening day of the fair, which ended its three-day run on Sept. 12, six international labels — J. JS Lee, Isa Arfen, Ostwald Helgason, From Britten P/L, Tillmann Lauterbach and Yang Lin — showcased pieces of their collections with a runway show at the Galleria Vittorio Emanuele II shopping arcade.