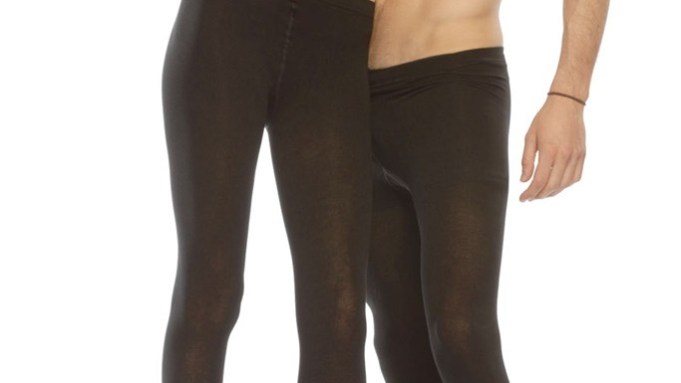 It’s been a while since “Broadway Joe” Namath wore pantyhose in a TV commercial for Hanes BeautyMist hosiery and Burt Reynolds sported sheer legwear in a spread in Cosmopolitan in the Seventies. But tights for men — or “mantyhose” — is a popular niche business at upscale legwear specialist Emilio Cavallini, said Francesco Cavallini, vice president of the Florence-based company.

A growing number of men have been buying tights at emiliocavallini.com since a unisex collection was introduced in June 2009, said Cavallini. Purchases by men account for 2 to 3 percent of the company’s annual production of one million tights.

“When we started our online shop we noticed that a lot of tights sized medium-large were being purchased by men.…So I did a search on the Internet and discovered there is a cult following for mantyhose. All of the men at our company, including myself, wear-tested a range of tights to rate the comfort level, and we came up with the concept of creating tights that both men and women could wear. It’s a knitted fabrication [of cotton and nylon] that has greater elasticity and stretch as well as breathabilty, which is important since men perspire much more than women do,” explained Cavallini.

But how exactly do men wear tights without looking like a Shakespearean actor? Cavallini said he’s seen men on streets across Europe wearing them with shorts.

“I think the mantyhose are also being worn for warmth under pants during cold weather months and also at home to lounge around in.…The tights are comfortable,” he said.

His sister, Lisa Cavallini, president of Mostlytights LLC, the distributor for Cavallini legwear in North America, said fashion is a “big factor. The unisex tights are mainly black and white, but I believe the men buying these tights want to make a fashion statement,” she said.

Prints include skulls, stripes, stars and an allover checkerboard pattern. The unisex tights retail for $27.

Francesco Cavallini added, “The mantyhose are most popular with customers from Germany, France, Scandinavia, Canada and the U.S.”

He noted that additional styles, prints and sizes are not planned this year.

“For now, the classics are selling well and solid black is the number-one-selling style. We don’t plan to do larger sizes in the near future because we would have to buy different machinery to knit larger designs. But the mantyhose are extremely elastic and stretchable and can fit men comfortably at the top. If it’s fine for Italian guys, it’s fine for the world.”