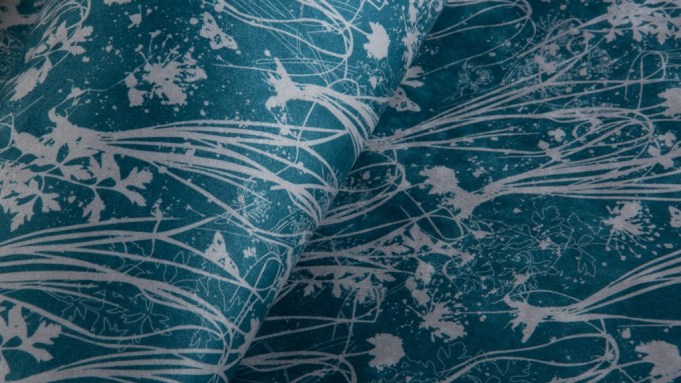 MILAN — Textile makers set to showcase their spring 2015 fabrics at Milano Unica, a three-day fair that begins Feb. 11, see a worldwide economic uptick and sales in markets such as China and the U.S. fueling a turnaround in 2014.

In general, expectations for Milano Unica’s February edition are high after reporting a strong international presence at its last edition.

The fair organizers see their international appeal on the rise, due in large part to the opening of its fourth edition of Milano Unica China in March.

This year’s fair will focus on eco-sustainability. A description, complete with a set of graphic symbols, is expected to disclose sustainable policies adopted by each exhibitor. Other highlights include an exhibit involving third-year interior design students from IAAD, Milan’s Institute of Applied Arts and Design. Four design projects focusing on sample layouts will be showcased in the trend area of the fair.

Recent economic data and industry expert opinion support an improved outlook for the textile market here into the first half of the year.

“U.S. and European growth may be supported by a more positive outlook for global gross domestic product, which lends support to luxury growth,” said Nomura luxury research analysts in a report, noting that the International Monetary Fund recently raised its 2014 global growth forecast to 3.7 percent, up 0.1 percent from its last outlook in October.

Italy, a key market for many top textile makers, is also showing signs of a turnaround. In January, the Italian consumer and confidence indexes rose to 98 from 96.4 and 83.8 to 86.8, respectively.

According to Sistema Moda Italia, Italy’s fashion and textile sector as a whole is expected to rise about 2.1 percent in the first six months of the year.

Driven by demand for its luxurious alternative materials, Milan-based Alcantara saw its sales rise 8 percent in 2013 versus 2012. In 2014, the company sees revenues rising 5 to 6 percent. Known for outfitting upscale yachts and fast cars, Alcantara is working on expanding its sales in the U.S. President and ceo Andrea Boragno said the accessories market will help boost U.S. sales into 2014, noting that in December Alcantara started selling iPhone 5 and 5s covers at Apple Stores in the U.S. and Canada.

“The U.S. is a market where we definitely want to grow,” Boragno said.

About 25 percent of the Alcantara’s sales are generated in China.

“In China they know us as the ones who cover Lamborghini and Ferrari, but we also see huge potential there in the interiors segment,” Boragno said.

Nomura cautioned, however, that there are still concerns about how the ongoing financial and banking crisis in China will affect luxury spending.

“With the Chinese consumer important both domestically and internationally, the implications of government policy will remain important for the sector,” the bank added.

Chinese government policy could also cause a ripple effect on wool prices, as the world’s most populous nation purchases about 80 percent of Australia’s wool supply, noted The Woolmark Co.’s global strategy advisor Fabrizio Servente. “It is easy to understand that a lot depends on the Chinese mood,” Servente said.

Also noted among textile makers was the dollar’s performance over the past year. Recovering recent weakness, the dollar is expected to strengthen due to expectations of economic growth this year.

“Americans want to pay the same price in dollars no matter what,” said Zegna Baruffa Lane Borgosesia ceo Paolo Todisco, who noted that the company offset potential rises in raw material prices by purchasing cashmere and wool in dollars, after seeing it weaken against the euro last year.

“Europe is difficult to evaluate. It’s still hard to say if it is ready for a relaunch,” Botto Poala said.

Filatura e Tessitura di Tollegno said its sales were flat in 2013, but the company forecasts a slight rise for 2014.

“In our sector, the most important markets are showing signs of improvement. The United States and the Far East are followed by Europe and Italy in first place,” said Lincoln Germanetti, ceo of Manifattura di Valduggia, a unit of Filatura e Tessitura di Tollegno.

The company’s premium textile label Tollegno 1900 will showcase a 3-D wool line. Incorporated with Lycra spandex, the material is focused on elasticity and comfort.

The 3-D effect is expected to be paramount on the trade grounds at Milan’s Fieramilanocity venue Lanificio Ermenegildo Zegna will present fabrics that employ a more classic method in achieving 3-D effects by using wool and wool and mohair blends, cashmere and linen fabrics meant for spring coats and suits. The company dug into its archives and will showcase fabrics printed with geometric and micro designs.