Launched via an e-commerce site in October, the New York-based company was founded by the husband-and-wife team of Esteban Saba and Petra Brichnacova. 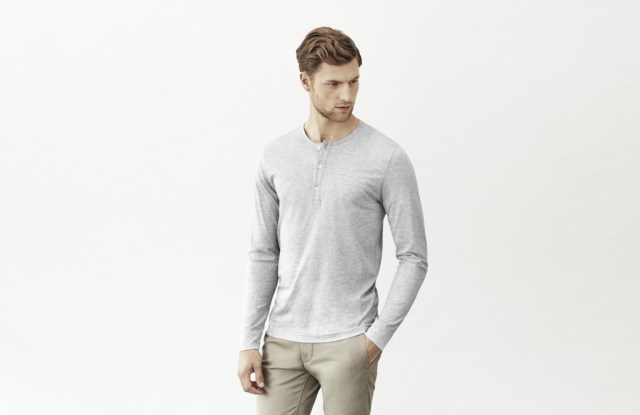 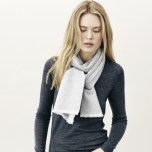 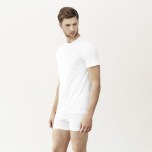 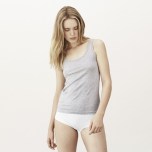 Handvaerk is out to carve an upscale niche in the high-end underwear category.

Launched via an e-commerce site in October, the New York-based company was founded by the husband-and-wife team of Esteban Saba and Petra Brichnacova, who originally hail from Lima, Peru and Prague, Czech Republic, respectively. Their international backgrounds inform the sophisticated, understated approach to design and the meticulous attention to detail that are the hallmarks of Handvaerk, which means “hand-crafted and artisanal” in Danish.

“It’s the same level of quality as a Hanro or Zimmerli, but we’re geared toward the U.S. market so it’s cut a little differently,” said Saba. “The fabric is a little thicker, so it’s less transparent than the European brands, and it’s not as shiny.”

Carefully developed fabrics are the foundation of Handvaerk’s men’s and women’s T-shirts, underwear and sweatshirts. The company uses Pima cotton from specific regions of Peru that have climates most conducive to producing premium fibers. “You get a long-staple, very thin fiber with a beautiful luster and natural benefits like wicking properties,” explained Saba. “The fabric is silky smooth and it has this amazing drape.”

Saba knows his long-staple cottons as his extended family has been in the textiles business for nearly a century in Peru. His grandfather founded a company that imported luxury fabrics from England and Italy to the South American country and his mother owned a high-end, custom knitwear company in California for almost 30 years.

Saba earned an M.B.A. from the University of Chicago and worked for more than 15 years advising on mergers and acquisitions in the investment banking units of Merrill Lynch, J.P. Morgan and Citigroup, prior to founding Handvaerk. Brichnacova earned a degree in textile and surface design from the Fashion Institute of Technology in New York, following studies in the same field in Prague.

Simplicity is at the core of the brand’s aesthetic, with all of the designs pared down to essential elements. White, black and gray mélange are the key colors in the assortments. “We’re both obsessed with midcentury modern Danish furniture, which is simple and functional with clean lines — which is what inspires us,” said Brichnacova.

The duo’s plan is to focus on e-commerce to establish the self-funded company and partner down the road with a handful of wholesale accounts.

To help build the brand, Handvaerk tapped a far-flung group of experts, reflecting the international character of the company. Savvy Studio in Monterrey, Mexico, worked on branding and visual identity; Pod1 in New York consulted on e-commerce strategy; photography for the Web site was shot in London, while the garments are manufactured in Peru and the interior labels are sourced from Japan — because that’s where Saba and Brichnacova thought the most elegant ones are found.

“This is a product for people who truly appreciate craftsmanship,” pointed out Saba.