Retail and wholesale importers navigating the final months of the quota system must maneuver around some ominous land mines. 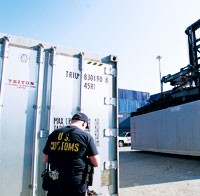 WASHINGTON — Retail and wholesale importers navigating the final months of the quota system must maneuver around some ominous land mines.

Among their top concerns are looming China safeguard quotas, rapidly filling quota categories and the potential for embargoes, the fate of the Central American Free Trade Agreement and dealing with complex rules of origin if business conditions require importers to shift orders into nations that are the beneficiaries of free trade agreements or trade preference programs.

When the World Trade Organization drops quotas on fabrics and garments next year, it will allow companies to buy and produce virtually unlimited quantities of product in any of 147 member countries. However, the U.S. textile industry announced in early September it plans to file a flurry of safeguard petitions seeking to reimpose quotas for a year on scores of Chinese textile and apparel imports, which creates a lot of uncertainty in sourcing decisions this year.

The big unknown is how the Bush administration will handle the safeguard petitions, and whether it will impose quotas on a big group of Chinese products. That question leads companies to hedge their bets on China.

Many retailers have prepared for the uncertainties by diverting some spring business to other Asian countries, according to Erik Autor, vice president of international trade at the National Retail Federation.

“Most companies have been preparing for a lot of safeguard cases against China,” Autor said. “This is unlikely to affect holiday shipments.”

He said retailers have alternative sourcing plans in place to manage the risk of safeguard actions against China. With one eye on China safeguard petitions and the other on rapidly filling quotas, U.S importers are also concerned about how seamless the transition will be from a world of imports limits to a post-quota environment.

The Committee for the Implementation of Textile Agreements — the interagency body that monitors and implements the import trade program — recently attempted to clear up a few logistical puzzles facing importers in the period leading up to the lifting of quotas. CITA has said it reserves the right to permanently deny entry to significant overshipments — those that greatly exceed quota limits. That means the overshipped goods would not even be allowed into the U.S. after the quotas expire. But the interagency group hasn’t defined how egregious an overshipment would have to be to qualify for permanent exclusion.

Julia Hughes, vice president of international trade at the U.S. Association of Importers of Textiles & Apparel, said CITA officials have told her association that the overshipments must be “massive” to face permanent exclusion.

“They are not intending to jump on minor overshipment issues,” she said.

In the meantime, companies have created a science out of projecting which apparel import categories might face embargo before the end of this critical year, and when to shift production. Quotas are set on particular categories of merchandise in specific countries. When an exporting country reaches its limit for a certain category of goods, that category is said to be embargoed, and no more goods of that kind are allowed to enter the importing nation from that country until the following year.

The bad news is there are still some rapidly filling quota categories that could force importers to shift production to other countries or face an embargo. Cotton knit shirts from Vietnam, which were 96 percent filled as of Sept. 21, and cotton and man-made fiber skirts from the Philippines, which were 90.8 percent filled, were two of the most problematic, according to Hughes.

“Cotton knit tops from Vietnam are the most problematic at the moment,” said Hughes, adding that the category is expected to reach embargo by the end of September.

She said companies will most likely move production out of Vietnam to other Asian locales, such as China and Hong Kong, where the fill rates are much lower.

“Companies are still watching quota availability and making decisions on moving production if it looks like categories are close to embargoing,” said Hughes. “But we are not seeing huge jumps from one country to another.”

The NRF’s Autor noted that another issue importers are facing this year is Vietnam. That nation is not a WTO member, so it does have access to carry-forward this year.

“But it is not enough to deal with the key categories,” said Autor. “With the standard carry-forward they got, it only added a few more weeks on the timetable for categories close to closing, like cotton tops and bottoms.”

Autor said countries such as Nicaragua, where the use of Chinese fabric is prevalent, may get a boost in business due to rapidly filling quotas, but he said China will also be a beneficiary this year.

Ron Sorini, president of trade negotiations and legislative affairs with the law firm of Sandler, Travis & Rosenberg and a former U.S. textile negotiator in the first Bush administration, said another big uncertainty for retailers and importers is the fate of the CAFTA deal.

The Bush administration has completed and signed the free trade agreement package with Nicaragua, El Salvador, Costa Rica, Guatemala and Honduras, as well as with the Dominican Republic, but the fate of the agreement is still unclear.

U.S. firms doing business in the region are awaiting passage of the controversial regional trade agreement. The region accounts for 19.3 percent of the apparel imported to the U.S., and these countries are eager to boost that market share.

With millions of dollars of investment in place in this hemisphere, the stakes are high for companies hoping for quick passage of CAFTA, which makes allowances for the use of foreign fabric and gives duty-free and quota-free treatment to apparel made in the region and exported to the U.S.

However, CAFTA faces several hurdles, including a truncated Congressional calendar because of the presidential election; opposition over labor and environmental provisions in the trade pact among Democrats and some Republicans in an emotionally charged political atmosphere related to job losses and outsourcing, and opposition from the textile and sugar lobbies.

“Retailers and apparel companies want to know whether they should stay in this hemisphere or move more rapidly to Asia,” said Sorini. “Enacting CAFTA will keep people here. When we get into mid-2005, if CAFTA is not enacted, we will risk seeing a major repositioning of production out of this hemisphere and into Asia.”

Finally, as the year winds down, importers and retailers not familiar with rules of origin in existing free trade agreements and preferential programs are trying to brush up on the often arcane regulations.

Some trade agreements and preference programs, such as the North American Free Trade Agreement, have a strict rule of origin, which requires the use of U.S. yarn and fabric, while others, such as the African Growth & Opportunity Act, covering sub-Saharan African nations, allows some least-developed countries to use Asian fabrics and still receive duty benefits when exporting to the U.S.

“Today, there are many companies that don’t use preference programs as much as they might because of the complexities of the system,” said Hughes.

Sorini said many small- to medium-size companies got caught with too much production in China last year when the U.S. imposed safeguard quotas on imports of bras, dressing gowns and robes and knit fabric.

“They rushed to China because they didn’t understand the rules of origin in [trade arrangements] in this hemisphere, and they got caught in the middle when the safeguards were imposed,” Sorini said.