H&M Sport to Compete in Activewear

The Swedish high-street retailer will reveal today that it is launching an expanded activewear concept on Jan. 2 in all its markets worldwide. 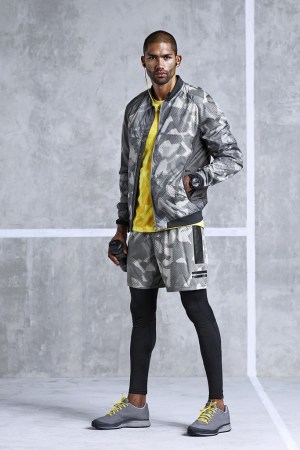 The Swedish high-street retailer will reveal today that it is launching H&M Sport, an expanded concept with a new visual identity, on Jan. 2 in all its markets worldwide.

Dedicated areas in selected stores will feature activewear and accessories including windproof and water-repellent running jackets; warm-up tops and trousers for working out; comfortable garments for yoga; tennis shorts, and protective fleece jackets for outdoor activities.

The new H&M Sport collection for women, men and children has been designed with input from members of the Swedish Olympic team and will feature “fashionable” products with a “focus on fit and performance,” the retailer said.

“Sport and fitness is becoming an increasingly important part of all of our lifestyles, and the new H&M Sport is there to help you look and feel great,” said Ann-Sofie Johansson, creative head of design at H&M.

Swedish swimmer and Olympic medalist Therese Alshammar is one of the sports personalities who have provided feedback on the collection.

“What we wear definitely makes a difference when we compete,” she said. “Our focus has been checking the pieces for fit and function, for performance and also comfort.”

H&M began ramping up its sports offering in 2012 with a special collection for men and women featuring outfits suitable for yoga, running, working out, leisure wear or cycling. Last winter, it reintroduced skiwear.