HMX Looks to its Past with New Archive

HMX Group is tackling its future by looking to its past. 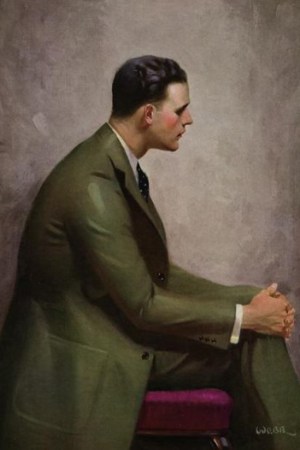 HMX Group is tackling its future by looking to its past.

This story first appeared in the December 17, 2009 issue of WWD. Subscribe Today.

The company, which was sold out of bankruptcy to Emerisque Brands and SKNL North America in June, is assembling an archive that will hold 100 years worth of advertisements, marketing materials and company documents in what sources said is a bid to leverage the company’s history for new branding and marketing packages.

The archive includes 2,000 pieces, most of which are related to the company’s most significant brands — Hickey Freeman and Hart Schaffner Marx.

HMX is mum about specific plans for the archive, but the company has ordered its two new advertising firms — Lipman is heading up the Hickey Freeman account, Quaker City is working on Hart Schaffner Marx — to dip into the company’s ample vault of images, typefaces and tag lines.

The move to catalogue the company’s visual history comes as HMX continues to reorganize. Since the acquisition, the company’s new owners and executives have hunkered down to formulate a strategy that both burnishes the image of its venerable but dusty brands and returns the company to profitability.

The archive project was mandated by executives from Emerisque, who, when touring HMX’s former headquarters in Chicago, noticed the original paintings and illustrations from Hart Schaffner & Marx advertisements hanging on the wall.

According to a company spokesperson, they ordered a full accounting of those pieces in addition to materials from Hickey Freeman, many of which were getting moldy in the basement of the brand’s factory in Rochester, N.Y.

HMX Group chief executive officer Doug Williams declined to comment on the archive project, as did Lipman, but WWD got a preview.

Most impressive were the original paintings and illustrations used in advertisements for the brands. Beginning in the teens and running through the late Fifties — when photography began to replace illustration in fashion advertising — the paintings track not only Hickey Freeman and Hart Schaffner’s rise to prominence, but the history of men’s wear and marketing in the first half of the century, too.

The ads from the teens and Twenties show glamorous aristocrats striking idealized poses. One Hickey Freeman ad from 1917 depicts a suave couple in formal attire perched over a moonlit harbor, a scene that reeks of Gatsby-esque soigné.

In the post-World War II period, Hart Schaffner & Marx adopted a Rockwellian populism in its advertising, where suits were the uniform for handsome, smiling men in pre-Baby Boom flirt mode. In these ads, there is almost always a pretty woman smiling back.

Embedded in the archive are historical footnotes such as ads that appealed to returning soldiers to pick up a new suit, or the appearance of car coats in the Fifties that heralded the rise of the automobile and the related demise of the topcoat.

The eventual confluence of men’s wear and popular culture is marked as well. In the Sixties, Rock Hudson appeared in an ad for Hart Schaffner & Marx. In the following decade, Bob Hope and Johnny Carson plugged their own lines of tailored clothing, which were made by Hartmarx, indicating the increased coziness between entertainment and fashion.

From the elegant ads that ran in The Saturday Evening Post at the beginning of the century to ones in the Seventies that hawked polyester suits in the pages of The New Yorker, the archive tells the story of the American tailored clothing industry — both its rise and decline.