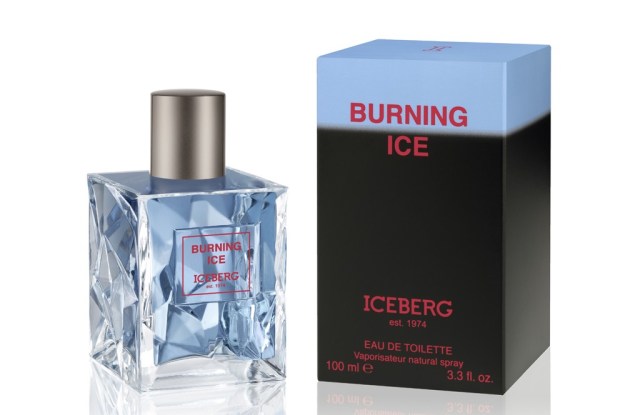 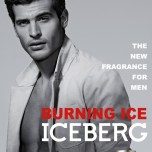 “The fragrance is built on contradictions,” Wormser said. “It’s the juxtaposition of fire and ice,” for a man who possesses both a Latin lover’s charm, and a certain aloofness that appeals to women. “It’s a fragrance that really shows the strong personality of the brand,” she added.

An Italian rollout is underway, to be followed by Eastern Europe and Russia — an emerging market for the brand — and finally Asia and South America later this year. The fragrance is not yet confirmed for U.S. distribution.

The fragrance, created by Bernard Ellena of Symrise, has top notes that are sharp, with icy touches of bergamot and apple spiced with cardamom, while the heart is softer and warmer, with sage muscatel, patchouli, amber, musk and cashmere vanilla.

The Iceberg store on Milan’s Via Montenapoleone has created a special window display using Burning Ice bottles, each of which resembles a chiseled block of ice, with a faintly blue tint, red lettering on the front and a minimalist, opaque silver cap. Wormser said the bottle’s multiple facets are designed to catch light at unusual angles.

Industry experts speculate the fragrance could generate 2 million euros, or about $2.6 million, in first-year sales.