In China, Intertextile Fabric Fair Rolls With the Times 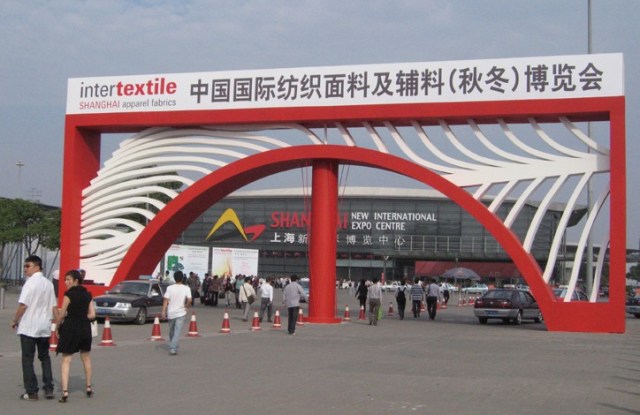 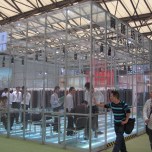 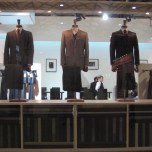 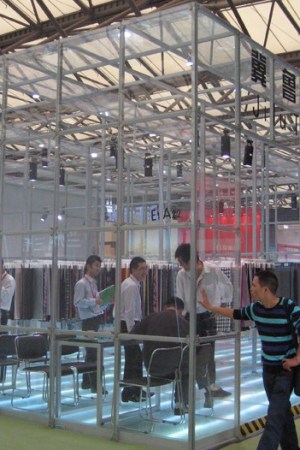 The Intertextile Fabric show drew more than 2,400 exhibitors and 53,000 visitors.

SHANGHAI — China’s textile producers have mostly resigned themselves to lowered expectations, but some exhibitors at the Intertextile Shanghai Apparel Fabrics Fair said they were seeing glimmers of economic rallies in the U.S. and at home.

“The fair is better than last year, the economy and exports are all better,” said Zhao Xuefu, trading manager of Shaoxing Hengyuan Textiles, which manufactures 85 percent for export and sells 30 percent of its output to the U.S. “The U.S. economy is better, so exports are better. People’s spirits are also better.”

Gao Yi’en, president of Hangzhou’s Fulida Group, said, “The economy has some impact, but nothing overwhelming. After all, everyone needs clothing, so the fallout is minimal.”

The fair, which ran Oct. 20 to 23 at the Shanghai New International Expo Center, maintained last year’s scale, spread out over 10 halls of exhibition space and featuring more than 2,400 exhibitors from 21 countries and regions. Attendance increased about 8 percent from 2008, drawing some 53,000 visitors.

Public interest in the fair was intense, with visitors facing a gauntlet of scalpers selling badges and milling crowds attempting to get in. Nonindustry visitors were better screened, to the approbation of exhibitors, with 600 people turned away one day, said Liu Yanwei, deputy general manager of the information department of China’s governmental Sub-Council of the Textile Industry, which cosponsored the fair.

“This year we have seen a lot of people coming and of better quality than last year,” Liu said.

He added that service consistency and transit remain issues for the massive event, as do international language and culture barriers.

“For foreign buyers, after the fair, we want to get them to go to domestic factories and understand the conditions, the design, the environment in China,” Liu said.

He stressed the fair’s importance for China’s textile sector.

“It’s not just about trade, it’s about getting the industry together,” Liu said. “This year, the international economy is particularly impacting China. The international price pressure is tighter. The domestic price point is up, just as international prices are down. For North America and Europe, price is more and more sensitive.”

While few North American textile producers participate in Intertextile, most of the Chinese firms identify Canada and the U.S. as their primary markets despite the economic downturn and ongoing Sino-American trade tensions and disagreements over currency valuation.

“Most of it has to do with that the U.S. textile industry is small and mostly high-end,” Liu said. “China is doing clothing and cloth mostly for daily use. So in fact, the two are complementary. China has this production ability, and the quality is getting better and better, while remaining cheap. For both countries’ people, this is great: Americans get cheap clothes, and Chinese get jobs and a rising standard of living. Trade protection is something everyone hopes won’t be pursued, for whatever reason, as everyone gets hurt.”

However, prices more than politics worried most Chinese exhibitors at Intertextile.

“The trade policy doesn’t have much impact on fabric, but maybe more on apparel,” said Shaoxing Hengyuan’s Zhao Xuefu. “The issue is global price competition. Because China is developing, it is becoming more expensive. People show a lot of interest in new stuff, but otherwise it is price driven.”

Daniele Furlan, chief executive officer of High Fashion Advance Textile, a Hangzhou-based silk and apparel producer that is one of the biggest Chinese participants at Intertextile, said, “We get a lot of requests and people are looking for a certain price. They are very much more price-conscious.”

He added the timing of the fair means most buyers come to source for as cheaply as possible.

“Silk in particular has lost a lot of market share, especially in the U.S., where people are moving from silk to polyester,” Furlan said. “Therefore, we’re changing our prices and blending silk with other fibers. But we’re still losing market share. In Europe, silk is stable, but buyers prefer low weights to spend less. Generally, the worldwide silk demand is decreasing. The U.S. is still our main market, but going down proportionally. The market is changing, so we need to face reality, which means making more proposals, getting less orders and short timing.”

“Apparel performance has been not great across the board,” Zhang said. “We rely on opening new markets, and on new products. In this climate, we have to focus on R&D [research and development]. Without new products, there is no way to develop.”

In the last several years, Intertextile has sought to push product development through a special textile design section. However, it has remained small and exhibitors in it have remained ambivalent, suggesting that textile design presents a hard sell in China.

“It’s a long road,” said British designer Melissa Wright, participating in the fair for the first time. “People here don’t get what we do and don’t want to pay for it. China is the land of copying. We’ve gotten loads of interest, but then people ask the price and they cough. It is taking a while to kick off, not surprisingly.”