Guatemala is under pressure from the U.S. State Department and the AFL-CIO for failing to tackle alleged forced labor and human trafficking in its apparel and other industries. 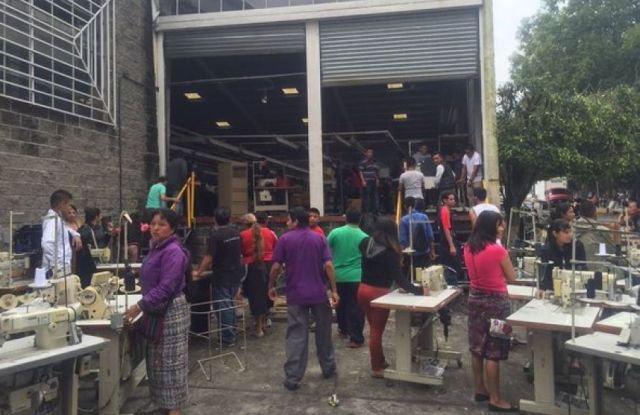 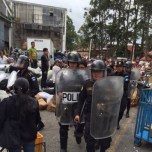 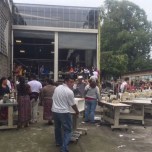 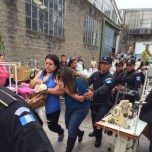 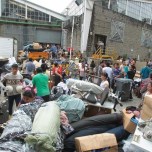 “The workers owe me. They stole my life.”

That’s one of the many bitter ways in which Bruce Masters, an embattled 67-year-old textiles entrepreneur and president of the American Chamber of Commerce in Guatemala, described last year’s closing of his loss-making Alameda apparel factory.

Masters alleges that hundreds of workers looted the site on Oct. 26, 2015, taking $3.5 million worth of machinery, fabric and other goods that bankrupted him, leaving him unable to pay wages and $2 million owed to a clutch of banks.

The incident has sparked bitter accusations between Masters, the workers and groups representing them, including the AFL-CIO, who deny Masters’ claims and are pressuring the apparel manufacturer to pay back wages and severance.

Workers had “no justification” for the “brutal act” that crippled Guatemala City’s main Roosevelt Avenue thoroughfare amid fears the maquila would shutter as part of a production shift to El Salvador, something Masters strongly denies.

“We told them we were going to reduce staff because we were in trouble but never close,” said the executive, who serves as Amcham’s honorary president, a voluntary, unpaid post.

Guatemala is under pressure from the U.S. State Department and the AFL-CIO for failing to tackle alleged forced labor and human trafficking in its apparel and other industries. The impoverished Central American nation is also failing to meet a USTR and AFL-CIO plan to improve labor conditions as part of a 2011 inquiry that highlighted violations of the Dominican Republic-Central American Free Trade Agreement labor chapter, including workers’ inability to associate freely.

Other maquilas that exported to the U.S. — notably Korea’s Ngb Too, Textiles del Sur and Fasion Biat — have shuttered in recent years, dismissing workers with no pay. Those factories weren’t ransacked, however.

Alameda’s workers, led by CGTG union chief Victoriano Zacarias and AFL-CIO’s Guatemala director Stephen Wishart, are demanding the country force Masters to pay thousands in past due wages, severance and social-security contributions they claim he deducted but did not remit to the social security administration.

“He owes millions to these workers,” charged Wishart, adding that 600 to 800 people worked at the plant before it closed. He added that the AFL-CIO plans to request Alameda’s top customer, New York women’s label Joe B. by Joe Benbasset, to help compensate workers. “We have filed a complaint with the Labor Ministry and are waiting its response.”

The AFL-CIO has contacted the U.S. Embassy in Guatemala to meet Ambassador Todd Robinson but it has been slow to respond, Wishart claimed. He has also been talking with Carlos Quintana, who oversees the DR-CAFTA complaint for the U.S. Department of Labor’s Bureau of International Labor Affairs, to little success.

Anne Zollner, who oversees trade policy and negotiations at the Bureau of International Labor Affairs in Washington, D.C., said she is following the Masters incident as “one of the bigger cases that make up the whole of our concern we have with the government of Guatemala.”

In response to an e-mail query, Quintana said the DOL has “generally been following the case” but could not comment further and that the U.S. Embassy in Guatemala would also have no further comment.
The embassy did not return requests for comment.

Union officials say they are awaiting justice in a country plagued by corruption and a tarnished human rights profile.

The new administration’s Labor Minister Aura Leticia Teleguario is reviewing the Masters case and has indicated she will issue a decision soon, according to Zacarias.

“There must be justice for workers; if wages are pending, they must be paid,” said Ruben Morales, founding director of Guatemalan social-justice nongovernmental organization Justicia Ya, who works alongside the newly established International Commission Against Impunity in Guatemala to help fight corruption. “More than 60 percent of companies in Guatemala don’t pay minimum salary. The maquila sector continues to engage in labor exploitation and I wonder, why are they getting tax breaks when there are other value chains like call centers or renewable energy that could benefit more?”

Days after it closed, CGTG sued Alameda with the Labor and Public Ministry, claiming the firm acted illegally and must pay the back-due wages. Alameda also tabled a suit with the same ministries, saying workers illegally plundered the factory, financially draining Masters.

Zacarias insisted that was untrue. He claims gangs, other criminals and even nearby maquila abused the crisis to empty the facility.

“The workers did not loot the factory; this is a hypothesis the company is using to avoid its responsibility,” Zacarias said.

Alameda wanted to unwind to avoid having to raise workers’ pay following a CGTG complaint alleging it rejected operators’ requests to unionize, he claimed. The process would have forced the Labor Ministry to send an inspector to investigate.

“Workers told us of many problems, that there were 280 complaints, that they would not pay the correct days or overtime, that workers wanting to unionize would get fired or bullied.” Zacarias said The Children’s Place, Kmart and Target supplier Nbg Too shuttered under similar circumstances in March 2015.

“Workers wanted to unionize. They were told that if this happened, they would close and they did,” he said.

So far, CGTG has been able to recover 40 percent of 44 former Nbg Too workers’ wages by persuading clients to pay a percentage of the money owed. He added Nbg Too employed 468 people.

For his part, Masters firmly denied Zacarias’ allegations. He said workers were paid two days before the factory was ransacked and knew Alameda was moving some production to El Salvador with no plans to close.
At that point, the site was losing $40,000 to $60,000 weekly after output fell to 7,000 garments daily from up to 18,000 in its heyday. The 15-year-old firm was suffering from clients’ rising demand for higher quality apparel and speedier deliveries, as well as rising labor costs in Guatemala, Masters said.

On Oct. 26, 2015, Alameda planned to dismiss 200 workers but had arranged to pay their wages and severance package that day, according to Masters. The departures came after another 150 to 200 were let go a few weeks before yet he insisted they also received their salaries and redundancy compensation.

Asked if workers’ apprehension, in light of similar past closings, was warranted, Masters said, “I never intended to leave. They knew my home is in Guatemala. I have been here for 18 years. My wife and children are here.”

Still, “they took everything, the machines, the light bulbs, the toilets, the pipes, even the stuff in my office,” he added.

“They wiped me out entirely. I have nothing left,” Masters continued. “And these people [CGTG and workers ] insist on making up crazy stories when they were the ones who caused the closing to sell everything off.”
Masters said the ordeal forced him to close his other site in El Salvador in January. But the government has seized its assets to recover 400 idle workers’ wages while some funds may be repatriated to Guatemala.

Alameda hopes the Labor Ministry will invalidate workers’ contracts and law enforcement rule that they acted criminally, incarcerating them, said Masters’ lawyer and Amcham vice president Juan Pablo Carrasco.
“How could they do this?” he asked, reiterating “workers stole the machines, not street criminals.”

“They stole everything and made up a story so that the AFL-CIO would get involved,” he continued. “I have seen cases like this before.”