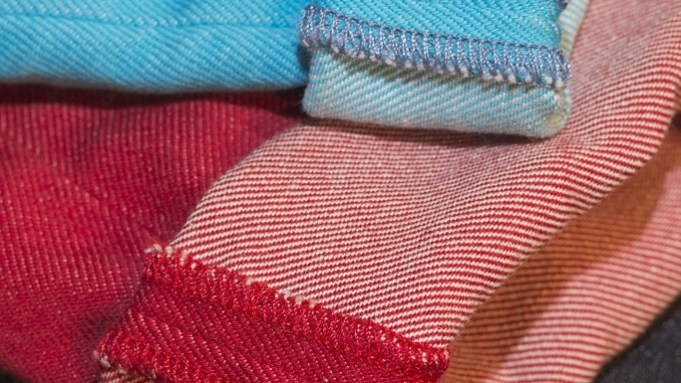 MILAN — Industry leaders showcasing their spring 2015 fabrics at the three-day Milano Unica fair that ended Thursday said they saw the sector shrink even more in 2013.

Most of these companies, saddled with high energy costs, were unable to compete and/or expand on a global level and/or were unsuccessful in accessing lines of credit. While this phenomenon mostly affected small and medium-sized companies over the years, the high-end Italian brands that survived the financial crisis said this will impact the whole sector if the government fails to intervene.

“If the textile industry shrinks down to just 50 strong brands, for example, then everyone will be showcasing the same thing,” said Pier Luigi Loro Piana, Loro Piana Group vice president and president of the Ideabiella fine fabrics fair at Milano Unica. “Buyers would lose a sense of variety. This is dangerous.”

According to data collected by the Italian Registry of Companies, more than 500 textile and related businesses closed their doors in 2013. These companies included spinning, weaving and finishing businesses. In addition, the sector’s employment rate dropped 7.3 percent in the first nine months of 2013 in the cotton fabric segment, while it remained relatively steady in the wool fabric segment.

Milano Unica organizers said the data explains the reduction in the number of exhibitors participating in this year’s fair, which fell to 397 from the 417 exhibitors present at the February 2013 edition.

Gruppo Tessile Monti, a company that owns two textile mills in Italy, two in the Czech Republic and one in India, had its own yarn spinning mill in Italy more than 50 years ago, but a combination of factors, including rising energy and employment costs, forced the company to close the mill’s doors.

“Southern European countries are not helped by politics in Brussels (European Union headquarters), nor are they helped by their own governments. We are struggling to maintain our industrial roots,” said Gruppo Tessile Monti ceo Luca Belenghi, noting that the company seeks yarns made with fine cotton in Egypt, which is spun in Chinese mills.

Larusmiani’s textile division managing director Michael Stevanin said most high-end yarn makers are now found abroad. Of all the cotton yarn makers the luxury cotton fabric maker works with, only about 10 to 15 percent are Italian.

“In the Seventies and Eighties, about 90 percent of the yarn makers Larusmiani worked with were Italian companies,” Stevanin said, adding that the disappearance of more yarn makers would translate into higher duty-related costs for textile companies.

In terms of exports, Italy’s main trading partners remain Germany, followed by Romania and France. But exports to all three fell, by 1.5 percent, 3.3 percent and 5.7 percent, respectively, in the first 10 months of 2013 versus the same period in 2012. Exports of Italian fabrics to China fell 2.7 percent in the period.

Lanificio Ermenegildo Zegna ceo Franco Ferraris said China remains one of the company’s top four clients, along with Europe, Japan and the U.S.

Upscale fabric makers like Vitale Barberis Canonico SpA and Bocchese 1908 saw a rise in revenues in 2013.

Helped by sales of its silk denim line, Bocchese 1908 expects to report a 30 percent increase in sales in 2013 compared with 2012. Vitale Barberis Canonico, which sells its fine fabrics in 90 countries, from Italy to Nepal, said it saw sales rise in the single digits in 2013.

Ferraris, along with other companies at the fair, was confident that 2014 was off to a positive start. Loro Piana noted a rise in 2014 fall-winter deliveries versus 2013.

“In my opinion, of all the numerous Milano Unica exhibitors, fall-winter 2015 sales have started off with a positive sign, with increasing, in some cases even significantly growing, percentages,” said Milano Unica president Silvio Albini, adding that some traditional markets like the U.S. and Japan are showing signs of recovery.

Among the key trends was a push toward casual, high-quality fabrics. Ermenegildo Zegna’s textile division, which includes Agnona and Tessitura di Novara, focused on creating rippling and iridescent effects on its linen and wool fabrics.

Larusmiani showcased its new Kapok Cotton line, made with a process that took more than a year to perfect. Once considered nearly impossible to spin, Larusmiani’s Kapok Cotton is a hollow fiber made with up to 80 percent air and is woven with roots of a kapok tree and raw cotton.

Loro Piana’s collection included Cashmere Breeze, which the company said is a light cashmere made with an exclusive process patented by Loro Piana.

Bocchese upgraded its denim offering with double-sided fabrics fashioned with colored silk on one side and indigo on the other.

“We started the silk denim with a capsule collection, and the success was better than we expected,’ said Bocchese 1908 ceo Michele Bocchese.”I really believe in the denim world.”