Industry Shifts Toward Democrats in Race for White House 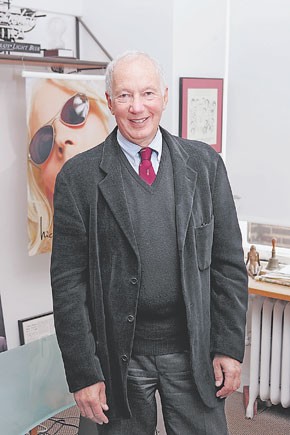 With the Democratic takeover of Congress last year, the industry has been shifting donations to the majority party. That marks a change from the last 10 years, when most support went to Republicans, who were in power, said Sheila Krumholz, executive director of the Center for Responsive Politics, a nonpartisan, nonprofit group that tracks money in politics and its impact.

In the first nine months of the year, statistics based on individual contributions show apparel and accessories retail executives and employees gave $304,200 to presidential candidates — 76 percent to Democrats and 24 percent to Republicans, according to the Center for Responsive Politics. Clothing and accessories manufacturers donated $427,382, with Democrats receiving 74 percent of that total and Republicans 26 percent.

The third-quarter and nine-month contributions, released in October, are the last such public records before the primaries and caucuses, and provide the latest snapshot of campaign giving. The deadline for fourth-quarter and year-end presidential contributions from individuals and corporations is Jan. 31.

Individual contributions are limited to $2,300 for primaries and the same amount for the general election.

The fashion industry, including individual gifts from Calvin Klein, Diane von Furstenberg and Nicole Miller, has donated three times as much money to Clinton compared with any other presidential candidate, including her closest Democratic rival, Illinois Sen. Barack Obama. Klein and von Furstenberg have donated the maximum $4,600, and Miller, $2,300.

Clinton also received the most contributions from individual donors in the fashion industry, netting $185,600 in the first nine months of the year from the apparel sector, $164,450 from specialty and accessories retailers and $46,950 from department store executives, according to the Center for Responsive Politics.

Former North Carolina senator John Edwards, who has taken a strong antitrade, pro-U.S. worker stance, had the fewest individual contributions from the retail industry among the top three Democratic contenders. He has received a total of $58,856, which includes $49,600 from apparel manufacturers.

Clinton has the biggest war chest, raising $81 million from individual contributors and political action committees, including the fashion industry in the first three quarters of the year. The caucuses and primaries are to begin in Iowa on Jan. 3.

The 2008 presidential election — the first time since 1952 that no incumbent president or vice president is running — comes as President Bush has one of the lowest approval ratings of any chief executive because of discontent over the Iraq war, a slowing economy, record-high oil prices and tightening credit.

The Iraq war has dominated the presidential debates nationwide, but industry issues such as immigration, health care, trade and taxes are also being raised.

Among Republicans, former New York mayor Rudolph Giuliani has received the most industry funds, slightly ahead of ex-Massachusetts governor Mitt Romney, but far behind the former first lady.

In the first nine months, Giuliani received $45,300 from apparel and accessories retailers, $43,700 from the apparel manufacturing sector and $5,100 from department store executives.

Giuliani and Romney are neck-and-neck in overall campaign contributions in the first nine months. Giuliani raised $44 million from individuals and corporate political action committees, while Romney raised $44.7 million, according to federal records.

Giuliani brought in donations from such executives as John D. Idol, ceo of Michael Kors Inc., and Ben Cammarata, chairman of TJX Cos. Inc. Idol has donated $4,500 and Cammarata, $2,300.

Romney, who was a close second with a total of $89,950 versus Giuliani’s $94,100 in contributions, has received support from Bud Konheim, president and ceo of Nicole Miller, and Richard D. Moss, treasurer of Hanesbrands Inc., with both giving $2,300, records show. Romney received $27,100 from department store executives, $14,100 from apparel and accessories stores and $48,750 from the apparel sector.

Kimmel also contributed $2,300 to Clinton, while the Lauders each gave $4,600 to Giuliani, according to records.

“Clinton is by far the favorite [of fashion executives] and Democrats are favored across all industry categories, although less so for department stores,” said Krumholz of the Center for Responsive Politics. “Clinton obviously does well raising money among women and the fashion industry has more women working in it than many other industries. There is undeniable clout with female donors, and there is excitement and interest about putting the first woman in the White House.”

Guiliani’s connection to New York has helped him get industry support, but that could erode, Krumholz said.

“He is strongly associated with New York, arguably more so than Clinton, and he clearly has connections from running the city and being more deeply rooted in its history,” she said.

However, Krumholz said Giuliani’s fashion support may wane as he repositions himself to appeal to the GOP conservative base and the evangelical community.

“He might be making a calculation that having Pat Robertson support him is [more important] than having [a fashion executive] support him,” she said.

Clinton receives backing from industry executives because of her Senate record and eight years as first lady.

“She sees the bigger pictures,” said Julie Chaiken, designer and ceo of Chaiken, a San Francisco-based contemporary brand. “She’s not naïve to what is going on in Washington. I think sometimes the outside perspective is good, but in a year like this, I like to see somebody who knows how to weave their way through that gridlock.”

Chaiken, who made a $1,000 contribution to Clinton in the third quarter, said she plans to get more heavily involved once the Democratic Party has its nominee.

“I have to say she’s been very calculated about it and she might be a really nice person, but I’m not looking for the nicest person in the White House,” Chaiken said. “I’m looking for the smartest, most strategic person who can get things done.”

To some, Clinton’s positions, such as providing universal health care and skepticism of free trade, don’t define their support as much as her Senate record, her support of women’s rights and her self-assured public persona.

“Hillary Clinton…would make a great president,” said von Furstenberg, who has given the maximum individual contribution to Clinton for the primaries and general election. “She is a fantastic senator….I believe she cares, is very smart and experienced. The fact that she is a woman is a plus.”

“I think she is a very dynamic and sensitive person,” said Miller, who gave $2,300 to Clinton in the third quarter.

Miller said Clinton’s biggest obstacle to the presidency is being a woman and convincing voters she is qualified.

For Konheim, support of presidential candidates hinges on whether they appear capable of “breaking the cycle of incredible knee-jerk partisanship.”

The industry veteran, who backed Giuliani when he was mayor, believes there are two candidates he could support: Romney and Texas Rep. Ron Paul, a surprise Republican contender who has recently raised significant campaign funds but is a long shot for the nomination.

Konheim has given the maximum amount, $2,300, to Romney and Paul heading into the primaries, but he hasn’t settled yet on one candidate.

“What I really like about Romney is his track record as an executive,” said Konheim, citing his experience as president and ceo of the Salt Lake Organizing Committee for the 2002 Winter Olympics and as governor of Massachusetts. “He’s got good ideas about how to reorganize the government so it is runnable and people are held accountable. He’s got a real studied, ceo approach.”

How a candidate’s policies may help or hinder the fashion business is not as important as whether the person can engender confidence, Konheim said.

“The thing that really makes a difference in the general overall business is confidence,” Konheim said. “If everybody feels confident, then everybody feels like going out and spending and we’re in good hands. The second there is no confidence [in the president], everybody plays it tight to the vest and that is what is going on now.”