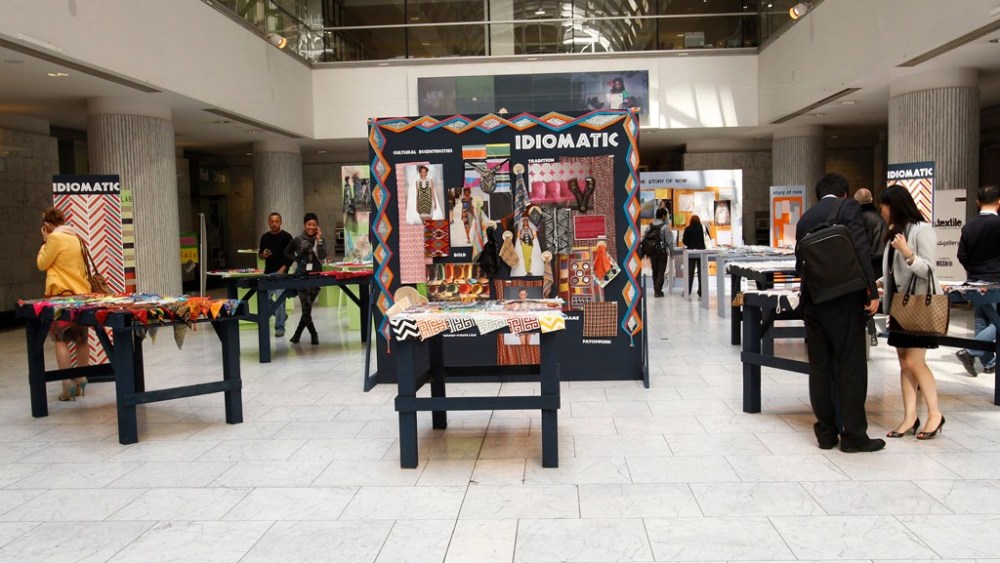 LOS ANGELES — Fabric firms exhibiting at next week’s Los Angeles International Textile Show aim to balance competitive pricing with novel designs as the economic limitations dictated by consumers at the retail level trickle up to the producers.

Representing one of the first levels in the fashion production process, textile designers and mills are reacting to the demands that budget-conscious consumers place on retailers and then on apparel manufacturers and the fabric purveyors. Besides a fair price for perceived value, consumers want fashion that’s delivered fast and on trend, so textile firms face the ongoing challenge of quoting the right price and making on-time deliveries.

“I don’t think it’s ever going to change — everybody is going to be price-sensitive. With the economy being the way it is, people want the best price,” said Mitchell Naidrich, owner of Malibu Textiles Inc. in New York, which lists the majority of its fabric between $1.75 and $4.50 a yard. “Delivery is something that is very difficult because people want newer patterns and when it comes to getting something that is special, it usually takes more time.”

While grappling with these challenges, textile companies are getting a boost from the feeling that the economy is slowly but surely improving.

“If the business picks up a little bit in the stores, then the companies have more money to research and put in their inspiration,” said Laura Haskell, a seller of vintage fabrics and clothing from Costa Mesa, Calif., who will be making her debut at the three-day textile expo that kicks off next Monday at the California Market Center. “Then, in turn, that affects me.”

Expected to number between 250 and 300, compared with 230 that exhibited at last year’s show, the vendors continue to promote novelty to attract fashion designers and manufacturers. While the fair focuses on fabrics for the fall 2013 season, several exhibitors said they plan to display spring 2013 products to accommodate customers who order closer to deadlines in order to better decipher trends that sell well at retail.

“Over the next 10 years, more and more things will be digitally printed,” she said. “The kind of artwork inspired by those techniques will grow and be more popular.”

Even classic materials such as lace and velvet are being modernized. France’s Solstiss is applying new techniques like laminating lace with metallic treatments. Denis & Fils, also from France, spruces up jacquard with acetate, Lurex and elastic in a mix of patterns such as abstract assemblages and flowers. Bouton Renaud dipped into jewel tones for its plain velvet and velvet jacquard made in France. Sampling prices are lofty for the French-made materials — $30 to $70 a yard for Solstiss and Denis & Fils and $60 and higher for Bouton Renaud. Yet, Sandrine Bernard, who represents Solstiss, Denis & Fils and Bouton Renaud, said customers are willing to pay more for innovation and quality.

“They can really pay more than for basic and plain,” she said. “They are looking for unusual and different.”

Sometimes what stands out is the story behind the textiles. Smita Paul, owner of Indigo Handloom in San Francisco, sells only handwoven fabrics made by some 600 weavers in India. Ranging in price from $9 to $30 a meter, the woven cotton, silk, selvage denim and voile are all yarn-dyed. They can also be customized, an option that Paul gives to emerging designers who want to better compete against bigger rivals. Despite the fabric’s rustic roots, the aesthetics are modernly trendy, as seen in Lurex threads woven into gray, beige and other neutral hues, and patterns such as stripes, basket weaves and checks.

“I feel people are wanting more meaning in their clothing and fabric,” said Paul, whose customers include Eileen Fisher and other women’s contemporary brands.

Considering that the majority of attendees represent contemporary fashion designers, the trade show’s organizers are highlighting regions and textiles that appeal to that group. In addition to almost 20 vendors showing Modal and Tencel fabrics in the Lenzing-sponsored pavilion, the show is increasing the number of high-end mills from India to 12 from eight and growing the number of Korean exhibitors to 14 from 12. It’s also capitalizing on the interest for U.S.-based production by featuring 15 domestic mills, eight of which are based in Los Angeles. On the show’s second day, Fashion Business Inc., a local non-profit group that promotes entrepreneurial development and job training, will moderate a panel discussion on the differences between domestic manufacturing and off-shore production.

“We’re seeing a swing back to domestic [with] what’s going on in the economy and manufacturing not being as price-effective as it has been to manufacture overseas,” said Oscar Rodriguez, senior trade show manager at the California Market Center.