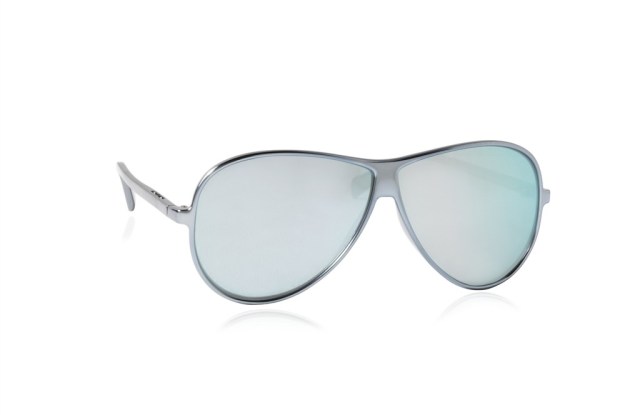 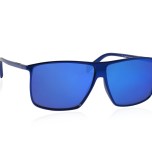 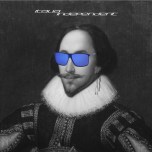 MILAN — Italia Independent is ready to break new ground in the eyewear business with a collection called I-Mirror.

The firm — which made its debut in 2007 with Sever, the first pair of sunglasses made entirely with carbon — is launching the first mirrored frames at Milan-based international eyewear trade show Mido, running March 11 to 13. This will be the first time a brand has featured a special treatment that deposits metallic molecules on the frames, which are available in seven shapes and six colors, including silver, gold, fuchsia, purple, red and electric blue. To heighten the reflective effect, they also combined with matching mirrored lenses and arms.

In line with the company’s DNA, Italia Independent produced an irreverent spring-summer advertising campaign, featuring iconic images of Cleopatra and Shakespeare each wearing a pair of sunglasses from the I-Mirror collection.

“Italia Independent aims to be an innovative brand not just in terms of commercial but also communication strategies,” said president and chief executive officer Andrea Tessitore. “Whether we choose normal people or historic characters as testimonials, we select them according to their affinity with our attitude and independent style.”

The I-Mirror sunglasses also make an appearance in the video that the company created to present the complete range of Italia Independent products for spring, from apparel, helmets and shoes, to the belts and the hats created in collaboration with leather company Orciani and Borsalino, respectively.

Produced under the creative direction of artistic company Freaks, the video, which will be officially presented on March 8 at Circustudios in Milan, consists of a trip across Israel, Jordan and Palestine.

“The cohabitation of tradition and innovation is peculiar in those countries,” Tessitore commented. “We were impressed by the idea of modernity which people have developed there and it has been interesting for us to get directly in touch with this young, emerging market that we have approached a few years ago.”

At Mido, the company will also present the I-Chromic lenses. Available in a range of colors, from indigo, amethyst and green to amber, brown and gray, they can be worn for the entire day thanks to a photochromic technology that changes the lenses’ color according to the exposure to sunlight.