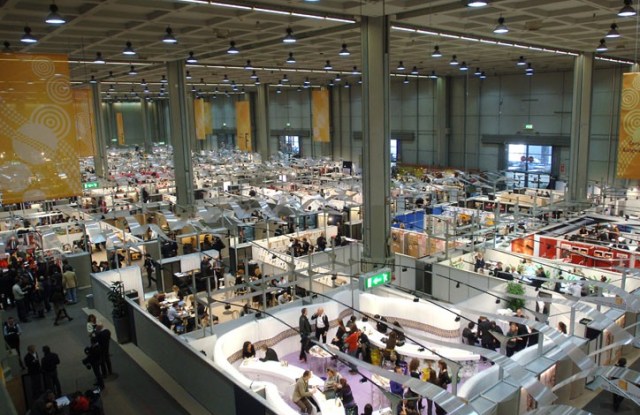 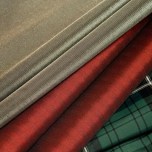 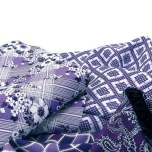 Many mills, which will show fall and winter 2009-2010 collections at textile trade fair Milano Unica next week, said the economic crisis had already put a dent in sales for the summer 2009 season — a trend they expect to continue.

“We had a marvelous start to the year, but the summer collection’s sales have been terrible,” said Simone Canclini, chief executive officer of Canclini. “The economic crisis for families is hitting us hard, which makes us worried about 2009.”

Fabio Grazioli, business director for Tessuti di Sondrio, said, “Though we are in line with last year’s sales, we suffered a lot with the summer 2009 season. It’s difficult to value just how much, but certainly the situation isn’t good.”

Although most mills see difficult days ahead, some executives held out hope the dollar will gain value on the euro and that the U.S. presidential election will give the U.S. economy a boost.

Paolo Zegna, Milano Unica’s president, said the partial strengthening of the dollar against the euro recently hadn’t yet registered positively on the Italian textile industry.

“We hope that after the American presidential election, the U.S. market will go back to being the locomotive of the world’s economy,” Zegna said.

Many mills chose to battle the market by making investments on home turf.

“We all know the situation and we can’t do anything about it,” said Gianni Ferrario, co-manager of denim mill Gentex. “We recently invested into our mill’s machinery and production processes to show we are optimistic about the future, and the challenge now is to be even more flexible and fast to hold onto the little space we have in the market.”

Gentex found it difficult to reach its annual production average of 5 million meters of fabric, added Ferrario. However, he predicted a 10 percent increase for 2008 on last year’s sales of 30 million euros, or $41 million at current exchange, because of new fabrics the mill developed. He also said denim trends had moved on from pared-down simple designs to more experimental washes, colors like violet, red and brown and designs including a fine blue-and-white stripe.

“There is a comeback of more researched, decorative fabrics,” said Guido Capelli, ceo of Gruppo Dondi. “They are still quite clean, but they are no longer flat. There’s a movement in the weaves.”

The mill blended fine cottons with supersoft wools and rustic alpaca fibers to get structural nuances.

“Designers are putting more architecture into their creations, so the fabrics have to have a certain weight and look,” added Capelli.

Gruppo Dondi also made investments in its internal structure this year by adding 100,000 square feet of space to its factory floor and new machinery.

“We have managed to maintain our market,” said Capelli.

“The challenge is to produce something that stands out,” Riella said. “For that reason, we’ve upped the quality a bit more, which has worked in our favor.”

Lanificio Fratelli Bacci will come to the fair with an opulent new fabric woven from rare red deer fleece. Cervelt is touted to be more luxurious and rare than cashmere. Its fiber boasts a 13-micron diameter and a price of 400 to 500 euros, or $570 to $713, a meter.

“It has an extraordinary hand,” said Filippo Bacci, ceo of Lanificio Fratelli Bacci.

Bacci said the mill previewed the fabric to top luxury fashion houses, including Hermès and Gucci.

“Cervelt is part of a quest for luxury to offer our customers something new and exclusive,” Bacci said. “That’s what we as an Italian mill can do.”

Other firms will offer luxury fabrics to women’s wear designers that were once limited to the men’s wear market.

Meanwhile, demand for technical fabrics shows no signs of slowing. Mectex, a mill based in Como, produces enhanced performance fabrics for new swimsuit models LZR Racer by Speedo and Tracer by TYR, which were made famous by athletes who donned the designs during the Olympic Games in Beijing. The mill has worked overtime to meet escalating orders from sportswear companies and as a result, has boosted Mectex’s volume by 35 percent this year.

Milano Unica’s biggest show, Moda In, will celebrate its 50th edition next week as well. Founded in 1983, Moda In’s list of exhibitors has swelled to 420 from the 104 that showed in the first edition.

To celebrate the milestone, the exhibition’s organizers will host a party at Shocking Club on Sept. 17.

Organizers have tweaked the fair’s layout to create a more concentrated women’s fabrics section. Textile producers for the women’s ready-to-wear market in Moda In will neighbor silk mills from Idea Como and fancy wool mills from Prato Expo.

“It’s a step toward strengthening the women’s fabric sector in Milano Unica, that’s more rational and user-friendly with lots more product and design,” said Alberto Jelmini, president of Moda In.