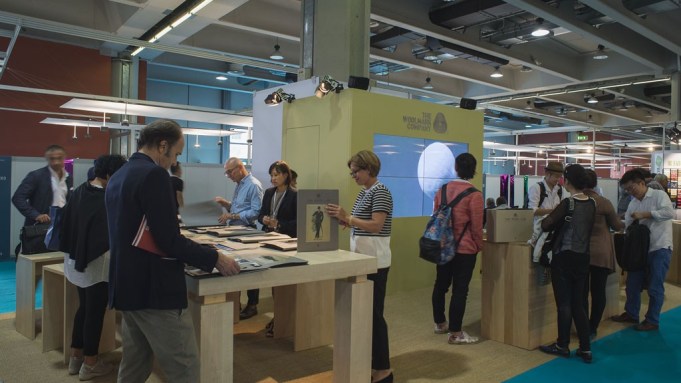 MILAN — Italian high-end fabric manufacturers showing collections for fall 2015 at the Milano Unica trade fair were optimistic and aggressive about making the most of fresh economic gains in the sector following two years of tough business conditions.

“In the 30 years I have worked in this sector, I have never seen a push as strong as this toward innovation,” Silvio Albini, president of Milano Unica and owner of the Albini Group textile company, told a packed audience at the Sept. 9 inauguration of the three-day show.

Italian textile production saw a 7.6 percent increase for the first half of 2014 compared to the same period in 2013, according to the Italian textile and fashion federation Sistema Moda Italia. Sales for Italian textiles gained 4.8 percent from January to June.

Production growth for five consecutive quarters followed two straight years of contraction that prolonged the wallop of the global financial crisis that torpedoed production by 30 percent in the first quarter of 2009 year on year.

“Now that we have favorable winds, we need to exploit them,” urged SMI president Claudio Marenzi.

He saw strong export growth within the European Union and contraction in non-European Union developing markets, like China, as reason to push European integration and peace in Ukraine, since Russia is a critical European trade partner.

“There would be room for more optimism depending on what happens politically,” Loro Piana said.

Restoring the euro’s original exchange rate from its introduction 15 years ago, however, remains the “most important” battle horse for growth, in his opinion. The euro made its debut at $1.17 on Jan. 1, 1999, and currently trades at $1.29.

Loro Piana said as part of LVMH, he could not disclose financial figures, but that he was “satisfied” with on-target gains and a strategy that had not changed since the French group bought out the house in July 2013 for 2 billion euros, or $2.58 billion at current exchange.

“The path is to not change paths,” he said.

Lorenzo Bonotto, commercial director and member of the family that owns and runs creative textile specialist Bonotto SpA, said his company laid off 25 percent of its workforce in 2010, but has flourished since by repositioning its mix of fabrics by raising its creative content. “We invest 8 percent of our turnover in research and development,” said Bonotto. “We change about 95 percent of our collection every season.”

Company sales returned to their 2007 peak in 2013, and will see a 20 percent increase this year to 36 million euros, or $46.5 million at current exchange rates, Bonotto forecast, noting that clients include Tory Burch, Theory, Diane von Furstenberg and Alexander Wang.

Alcantara, a specialist in a high-end suedelike synthetic fabric, saw sales grow 25 percent in the first eight months of 2014 compared to the same period in 2013, according to fashion division director Michele Filipponi. Last year’s sales were 110 million euros, or $129 million, a 20 percent increase over 2012, he added.

Filipponi said Alcantara beat tough market conditions in recent years by repositioning in the luxury market. He showed a capsule women’s collection designed by Yohji Yamamoto presented in March at the Italian embassy in Tokyo with versatile applications from a rust-colored knit dress to a dusty-pink floral print jacket. A new technology allows shimmering stone dust to be fused and attached to the material in rigid, custom shapes, like flat stones or beads.

“Men need multifunctional garments that can go from the bicycle to the office or meetings,” Gahlen said.

This edition marked the first time Milano Unica allowed a select group of non-European exhibitors to show their wares. Kenji Tsuboi, manager of European and America sales for wholesaler Takisada-Osaka, was one of 25 Japanese exhibitors selected for the Japan Observatory.

“We have been working in Italy for more than 15 years,” Tsuboi said. “Normally we have an Italian agent traveling to see customers. Today more than 50 customers have come to our stand, and not just Italians — from the U.S., the U.K. and Switzerland, too.”