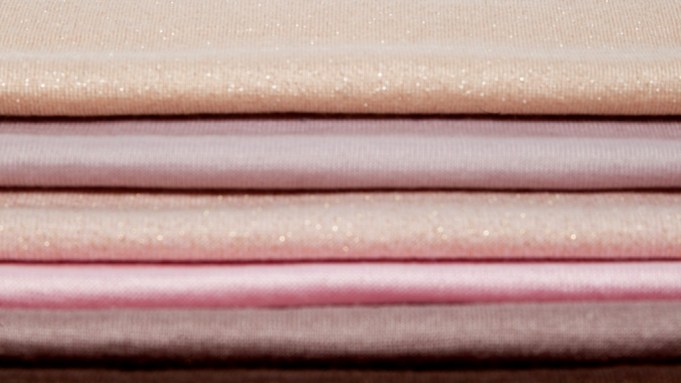 FLORENCE — High-end yarn producers at Pitti Filati were hopeful that economic recovery in the U.S. and other export destinations can help them overcome weak consumption in Italy in the year ahead.

Spinning mills showed their spring and summer 2014 yarn collections at the trade fair, which ended its three-day run at the Fortezza da Basso here on Jan. 25.

“Light and shadow” is how Raffaello Napoleone, chief executive officer for fair organizer Pitti Immagine, described the current market for Italian yarns, which has rewarded linen, carded wool and knitting yarns but pelted cotton, synthetic blends and combed wool. Pitti Filati had 99 exhibitors at this edition, up from 82 a year earlier.

As the cost of primary materials returned to normal levels, Italy’s yarn sales dropped 7 percent to $4.2 billion in 2012 compared with the previous year, according to Italian fashion and textile consortium SMI Sistema Moda Italia. SMI found that in the first nine months of the year, cotton, synthetic blends and combed wool, which made up 62 percent of Italy’s combined yarn exports by value, saw sales fall 21.2 percent, 10.9 percent and 7.1 percent, respectively, compared with the same period in 2011. Although linen and knitting yarn exports rose 24.6 and 11.7 percent, respectively, in the first nine months and carded wool held steady, yarn exports as a whole fell about 7.5 percent on an annual basis to $1.24 billion.

“Export is the only response to the fall in domestic consumption,” said Napoleone, “We have solid hopes for 2013 and its potential export growth.”

“We managed to keep our preceding volume of business and even achieve a slight growth, despite everything,” said Salvaneschi, “We increased our clientele by 10 percent and our turnover by 5 to 6 percent.”

Salvaneschi said one of Iafil’s bestsellers has been its soft, fine Pima 14 yarn, adding, “A few million polos have been made with this.” Iafil also showed a new puffy, lightweight yarn called Spighetta, rendered airy by its nylon cage construction.

“We managed to grow thanks to the company’s continued investment over many years” in innovation and personnel, said Cristina Cariaggi, a director at Cariaggi Lanificio.

Cariaggi, which sells yarns such as cashmere, baby camel hair and silk to top luxury fashion labels, is also focused on exports. She said last year, “Sixty-six percent of our sales were in Italy, 34 percent were abroad. Our aim is to reach 50-50 percent ratio within two years.”

Cariaggi’s recent innovations include “cashmere as thin as silk” and what it says is the world’s first carded silk. Its new collection is based on “all the shades of a rose.”

Federico Gualtieri, vice president of Filpucci, noted the jeweled effect of a new metallic silk and polyester blend called Soir and the stretch silk Silkiss.“Ours is a collection of real change,” he said. The firm reported sales of 70 million euros, or $93.8 million, in 2012, up 5 percent over 2011, with exports representing 70 percent.

Since summer is an off season for knits, Filpucci has decided to make its summer offering a niche, luxury product.

“We have raised our prices dramatically compared to the winter season, aiming at the extremely high-end range of the market,” Gualtieri added.

Balenciaga knitting stylist Julia Rodowicz said she picked two new Filpucci yarns for the line. Rodowicz was also impressed with Zegna Baruffa Lane Borgosesia’s wool and cotton Silver and Mille Fili’s “nice technical viscose.” However, she was disappointed by the general homogeneity of most spinners’ color cards, adding, “It’s a bit of a shame to see the same lime green and pink at all of the mills.”

Wilkinson said she spotted Mille Fili’s 100 percent linen chenille, “which we’ve never seen before.” The Mille Fili stand was packed, as attendants scraped shavings from a wall of scented, colored soaps and scooped tea samples with names like “Ronf, Ronf” or “Yabbadabadoo.”

“My feeling is that we are coming from a situation in which yarns have been extremely linear,” Bandi said. “Knits were exploratory not on the yarn level but on what was added to it, like accessories or in garment construction. For 2014, desire is on basic research, looking for new yarn prints, new qualities.”

“As you know, a huge problem today is credit,” Bandi said, adding that a high number of preorders gave him optimism for 2013.

Mike Gruendel, head of creative management for Boss Sportswear, was impressed with Loro Piana yarn blends of 80 percent cotton and 20 percent Irish linen, with three colors in a single yarn. Gruendel said, “They have a very nice color range and a lot of masculine colors, which are good for us. They also have a 100 percent silk that is not too shiny.”