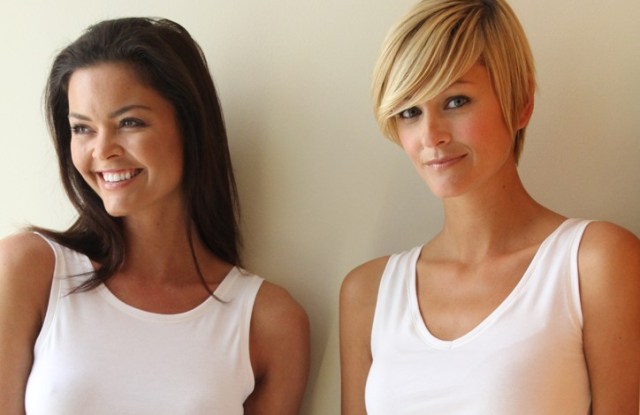 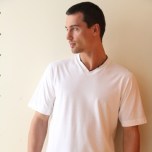 Outlast Technologies, which developed the technology and owns the microencapsulated application used by astronauts, will give Jockey an “extended lead time” to produce men’s and women’s underwear and tops using it, said Ed Emma, president and chief operating officer of Jockey.

The line will include one reversible T-shirt, one tank, a bikini and a hipster brief for women, as well as a crewneck T-shirt and V-neck T-shirt with a boxer brief and midway style for men.

Packaged women’s tops will retail for two for $21, and undies will be priced $21 for three pairs. Packaged men’s underwear will be listed at three pairs for $27 and two tops for $27. The women’s line will be rendered in white, ivory, black, coral, pale pink and pale blue, and the men’s line will be available in gray, marine blue, black and white. Shipments begin Jan. 25.

“This will be the biggest launch for Jockey in the past 10 to 15 years,” said John Brody, executive vice president of sales and licensing at Jockey. “The key is value with consumers, and our strategy for value is providing innovation and solutions.”

Heather Manuel, director of sales and marketing for Outlast, described the fabric as proactive. “It creates sweat reduction versus antimoisture applications that wick perspiration away from the body,” she said. “The application was originally developed for NASA to help astronauts with extreme temperature fluctuations in space…to keep the wearer up to three degrees cooler, which marks the difference between comfort and discomfort. Four seasons of comfort will be offered. In the winter, the wearer will not get as cold because the application is actually storing your body heat.”

The combined line could generate more than $25 million the first full year, according to industry estimates,

Brody said Jockey sees a big opportunity for Smart Fabric with the U.S. military, and noted Jockey is looking to expand product categories to include legwear and activewear, as well as other areas.

“In addition…we’ll be doing spot marketing on buses, telephone kiosks and billboards, while what we call Hot Spot Drops — events in key metropolitan areas, national landmarks and military bases — will be key,” said Quinn.

Emma said Jockey is “considering” both male and female astronauts for the ads.