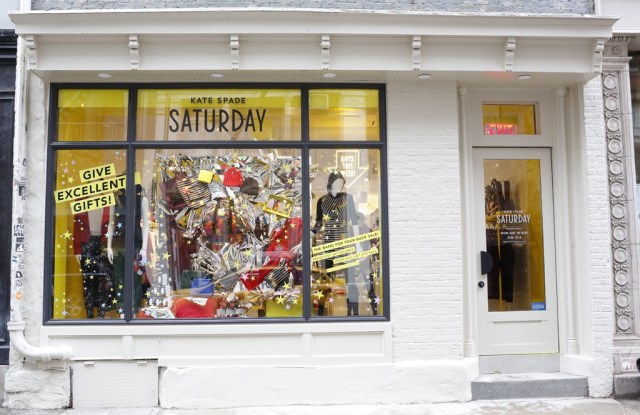 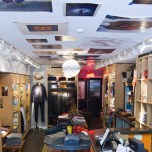 Kate Spade & Co. is pulling back in order to move forward.

To further its growth internationally, the company has inked a 50-50 venture with Walton Brown, a subsidiary of The Lane Crawford Joyce Group, to focus on growing the Kate Spade New York brand in Greater China. The venture calls for the establishment of stores in key cities, plus an organizational and marketing platform across China, Hong Kong, Macau and Taiwan.

Craig A. Leavitt, Kate Spade’s chief executive officer, said, “This is about focus. We have so much confidence in the long-term [future of] Kate Spade New York and a strong belief that it can be a $4 billion brand at retail. We are focusing our resources and our priorities in building the brand for the long term.”

The Kate Spade Saturday stores will be shuttered in the first half of this year, with the e-commerce site remaining in operation during the wind-down phase. There are 16 company-owned and three partnered locations.

Jack Spade’s new business model will focus growth on “controlled investments” and expanded distribution via strong retail partners and its e-commerce platform. The collection will include tailored clothing and dress furnishings, in addition to sportswear and bags. There are 12 company-owned and operated Jack Spade stores, which will close during the first half.

The dress furnishings and tailored-clothing categories are already being shown at market, and will begin showing on the sales floor for fall, according to Leavitt.

Both the venture with Walton Brown and the moves at Jack Spade are a reflection of the company’s “two axes of growth — geographic expansion and product category expansion,” Leavitt said. In a few weeks, Kate Spade New York will include a children’s wear collection.

Kate Spade New York stores average 2,000 square feet, and Leavitt doesn’t expect adding the Kate Spade Saturday label would require a larger footprint for any new stores that are opened. How the label is marketed and whether it even becomes a Kate Spade Saturday section within a store is still yet to be determined, the ceo said.

He added that following expansion in Greater China, the company is likely to look at growing the Kate Spade New York presence across continental Europe. China was a priority because of how it “impacts our performance in other markets. The Chinese consumer travels overseas and it was a holistic way to build the brand,” he said.

The company said it expects to incur restructuring charges of $25 million to $30 million in connection with the termination of leases and severance, as well as non-cash asset impairment charges of $7 million to $9 million.

On a preliminary basis, given the initiatives, the company expects a 40 percent gain in net sales to between $1.13 billion and $1.14 billion for full-year 2014, and adjusted earnings before interest, taxes, depreciation and amortization of between $145 million and $150 million. Adjusted EBITDA includes losses of $29 million from Kate Spade Saturday and the store operations of Jack Spade.

The company guided 2015 forecasts to include a net sales range of $1.2 billion to nearly $1.28 billion, and adjusted EBITDA in the range of $185 million to $200 million. The 2015 adjusted EBITDA range does not include a $26 million contract termination fee, part of an aggregate $36 million payment to E-Land to acquire its interest in Kate Spade China Co. Ltd. and end-related contracts.

Adjusted results for 2014 and 2015 guidance exclude the impact of expenses connected with the streamlining initiatives, brand-exiting activities and other losses, such as the extinguishment of debt and non-cash write-offs of debt issuance costs.

The estimates are preliminary since the company has not completed its quarter and year-end fiscal close, nor an analysis of fiscal 2014 or the audit of its 2014 financial statements.

Shares of Kate Spade on Thursday rose 6.6 percent to $31.68 in Big Board trading.