Two veteran apparel executives are opening a 7,500-square-foot knitting factory in the heart of the Garment District at 142 West 36th Street. 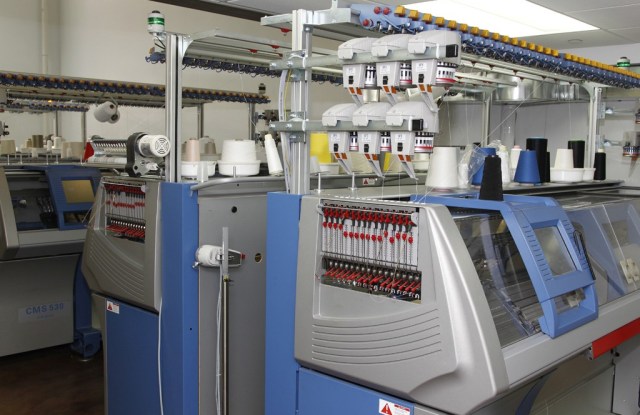 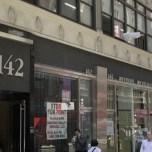 NEW YORK — Amidst hubbub in Washington over outsourcing and a shrinking domestic manufacturing base, Ricky Schiffer and Leonard Keff are going back to the future.

The two veteran apparel executives are out to prove the Made in America rebirth is real by opening a 7,500-square-foot knitting factory in the heart of the Garment District at 142 West 36th Street.

Keff, who will oversee production and operations, and Schiffer, who will have sales responsibilities, have ordered 20 state-of-the-art Stoll knitting machines, the first six of which are set to arrive any day, and are targeting an Aug. 15 startup. Their factory and headquarters on the second floor of the building are being built this week.

In an interview at temporary offices at 485 Seventh Avenue, the two explained how the idea of starting the business, Keff NYC, came about, enthusiastically detailing why they think it will be a viable venture.

“We have so much experience, our eyes are wide open — we know there are no pitfalls we can’t overcome,” Schiffer said. “It’s just a matter of how quickly we can get this up and running and how much business we’ll be able to handle.”

Keff said their confidence is measured by years of successes and failures in the business — his own family-owned knitting mill in New Jersey closed 10 years ago — and knowing that factors have come together to make this the right time to start such an enterprise.

“I’ve never felt the kind of positive feeling in all my years in business that I feel now,” he said.

The two had known each other for 20 years and both their families had long histories in the knitting business.

“About eight months ago, Leonard contacted me on LinkedIn and asked what I was up to, and eventually approached the subject of opening up a knitting mill,” Schiffer said. “I told him the idea was crazy. We had closed our mills about 10 years ago because there was no way to compete with China. But what has happened over the last few years in China — their labor has gone up, their materials have gone up — these things have dovetailed to bring us to a time and a place now where it really make sense. This is the flash point for us. We really feel this is our time and we’re a making a huge capital investment.”

Keff explained that when they found a space they wanted, the impetus came when they visited the three-year-old Stoll Fashion & Technology Center at 250 West 39th Street. The three-story Stoll facility consists of sample-making and production departments with eight knitting machines, a linking machine, and washing, finishing and steaming machines, along with a showroom and library, training for commercial and educational purposes, and a parts department, that has become a popular place for many designers to make styles used in New York Fashion Week, as well as product development, sample making and small production runs.

“Stoll is stirring the drink for us,” Keff said. “They showed us it is possible to be able to sew great quality garments exactly like they do in China.”

Beth Hofer, senior manager for customer relations and educational resources at the Stoll Center, said, “We have an opportunity to bring knitting manufacturing back onto American soil. To see this happening right here in New York City…proves the American dream is still alive. Stoll has been a believer in this vision for quite a few years and its Fashion & Technology Center in Manhattan’s Garment District is evidence.”

Keff said while labor costs are still considerably higher in the U.S. than China, the combination of Stoll’s robotic, computerized machines and the lack of freight and duty costs associated with importing, allows them to be competitive.

“In order to work in Manhattan, it has to be better goods, the high end,” Keff said. “We feel that by knitting full fashion garments for the better market on Stoll machines, we can facilitate production for anyone that can pay our price and is looking for good quality and quick turn. What this gives to the manufacturers…is the ability not to have to step out four months in advance and have to project inventory. Now, all they have to do is buy yarn, send it to us and we can knit as they need it.”

Keff and Schiffer both said that this idea wouldn’t have even been a consideration two or three years ago before conditions in China changed, the U.S. economy forced brands and retailers to rethink their sourcing and planning strategies and the concept of a Made in America revival started to percolate.

“The Made in America talk is what started it,” Keff said. “My grandfather bought the first Stoll machine in America — we had them go back and check the records in Germany. I never thought we’d have an opportunity to do this again in the center of Manhattan.”

Schiffer noted that Keff NYC will be making women’s and men’s sweater knits, ranging from three to 14 gauge, and — going over a blueprint of the facility — will include finishing on Italian machines also being purchased, and in-house washing and processing, as well as shipping. Some cut-and-sew capability is also envisioned. The projection is to be able to make 150,00 to 160,000 pieces a year at this facility.

A chief programer has been hired and has gone to Stoll headquarters in Reutlingen, Germany, for a month of training.

“We’re going to do not just Made in America, but Made in Manhattan, which is incredible,” said Keff, adding that they intend for graduates from the Fashion Institute of Technology “that go to school to learn this and have had no place to go when they graduate” to work in the factory.