Pop star to perform at a party in New York. 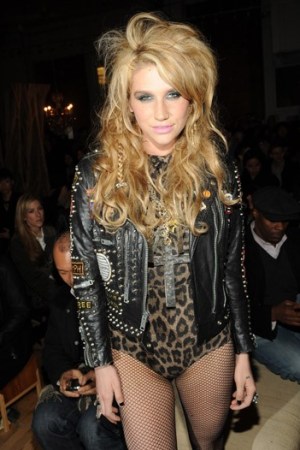 Casio has picked pop star Ke$ha and actor Bryan Greenberg of HBO’s “How to Make It in America” to help reinforce the brand’s message of youth, fashion and sport in the U.S.

The Tokyo-based watchmaker plans an all-day event today at the Manhattan Center to introduce the brand ambassadors and new men’s and women’s product lines and collaborations, culminating with a party and a performance by Ke$ha.

This is Casio’s third annual “Shock the World” event. In previous years, the main thrust has been the G-Shock brand — hence the name — but this year Casio will highlight Baby-G, Edifice and Pathfinder, as well.

Casio has sought to emphasize style in recent years. As cell phones have taken the place of timepieces, the key to Casio’s growth is fashion, said Shigenori Itoh, vice president of the timepiece division. The brand has more than doubled its market share of the department store and jewelry channels in the past three years, increasing sales and profit, Itoh said.

Ke$ha will serve as brand ambassador for Baby-G women’s watches. Stylistically, Casio is aligning Baby-G with the revival of Eighties fashion, and Ke$ha, with her aggressive party-girl image, adds more of an edge.

She has signed on to design two watches — the first of which will hit stores next summer —and will appear in an advertising campaign launching for fall.

Greenberg will represent Casio’s new men’s line, Edifice Black Label. The actor, who portrays a scrappy fashion entrepreneur on “How to Make It in America,” has had roles on “One Tree Hill,” “Bride Wars” and more, but he hasn’t reached leading-man status. Casio said that’s exactly why he was chosen. The target customer for Edifice is trendy, 20 to 40, ambitious and upwardly mobile. Greenberg joins Formula One driver Sebastian Vettel, who has promoted Edifice globally. The chronographs range in price from $150 to $500. The Black Label range is distinguished by an all-black design.

Lamar Odom of the Los Angeles Lakers will be on hand for the launch of Ultimate Tough GX56, which features the largest case design in G-Shock history. The solar-powered Ultimate Tough has a new triple-density, triple-layer structure to increase its shock resistance.

Casio has expanded its Pathfinder line for outdoor enthusiasts. The solar-powered and water-resistant watch monitors change in temperature, altitude, air pressure and the earth’s magnetic field. It comes equipped with a digital compass and LCD display. Tourneau and Kohl’s will carry the new series in October, for $250 to $300.