With his new Big Pony fragrance collection, Ralph Lauren is making a departure and leading a quartet of scents aimed at young, hip men. 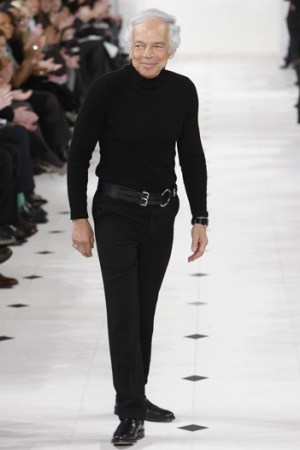 With his new Big Pony fragrance collection, Ralph Lauren is making a departure and leading a quartet of scents aimed at young, hip men into the retail arena this summer.

Intended for men 18 to 30 years old, the collection takes inspiration from the designer’s Big Pony shirts, ready-to-wear polos embroidered with an oversize version of Ralph Lauren’s signature polo-player logo. And if all goes according to plan, the profits will be big as well: Industry sources estimated that the quartet could do as much as $40 million at retail in the U.S. in their first year on counter.

“Our Polo Ralph Lauren Fragrances have a history in the classic tradition and heritage of the sport of polo,” the designer told WWD. “The Big Pony Collection is inspired with that tradition and sensibility in mind but is geared toward a new generation of young men who are fans of the Big Pony Polo shirts that we create in a variety of fun, colorful styles. We want him to choose his shirt and scent to accompany his mood and personal style. It is all about choice.”

The four fragrances are intended to represent the key passions of young men, noted Guillaume de Lesquen, worldwide president of Ralph Lauren Fragrances: sport, seduction, adventure and style. The number four has additional significance, as it is the number of players on a polo team. “The brand message is, ‘Get in the game,’ ” said de Lesquen. And having an assortment was important to the success of this launch, he added. “This customer likes choice — he may start out with one fragrance, go to another and then back to the first one. We are targeting a new generation, and it is very important with this market to give those options.”

Lauren’s iconic Polo scent assortment is geared at a more mature audience, he said, with the average age of its user 30-plus.

The sporty fragrance, 1, is intended to represent the challenge of performance and is a citrus aromatic concocted by International Flavors & Fragrances. It has top notes of grapefruit and lime, a heart of cucumber and violet and a drydown of tonka bean and musk. It is packaged in a blue bottle with a green polo player molded into the glass on one side and a bold yellow number one on the other.

The seductive fragrance, 2, is an oriental fougère by Givaudan and is intended to represent the game of seduction, said de Lesquen. Top notes are of red saffron and cardamom seed, the heart is of dark chocolate and musk and the base is of patchouli and benzoin laos. Its bottle is red with a yellow polo player icon and green number two.

The adventurous fragrance, 3, a fougère woody by IFF, is intended to address the game of adventure. It has top notes of cactus and ginger, a heart of sage and spearmint and a drydown of vetiver, cedar complex and fig. It is in a green bottle with an orange polo player and blue number three.

The stylish fragrance, 4, is a woody fruity juice by Firmenich intended to represent the game of style. It has top notes of bergamot and mandarin, a heart of sage and pear and a drydown of kyarawood and amber, and is in an orange bottle with a blue polo player and a red number four.

Each scent will be available in a 75-ml. eau de toilette for $50. They will bow in July exclusively on ralphlauren.com, and then will roll into bricks-and-mortar distribution — about 2,500 department and specialty store doors in the U.S. — in August. At that time, a coffret set containing 15-ml. bottles of all four fragrances will bow, retailing for $45. For holiday, the brand will offer 125-ml. sizes of the scents for $65 each. Internationally, the brand will be in about 16,000 doors in 80 markets.

All four fragrances will be scented in multipage national print advertising beginning in September men’s and women’s books, said Leslie Marino, general manager of the Designer Fragrance Division at L’Oréal USA. “This is one of our biggest investments ever for a men’s brand,” she said, noting that the plans include 10-page and six-page scented ads designed to disseminate more than 100 million scented strips. While she refused to discuss spending, industry sources estimated that Ralph Lauren Fragrances will spend upward of $10 million to $15 million on advertising and promotion in the U.S. in the scents’ first year on counter.