Legend Scent to Launch in U.S.

The famed Swiss mountain is coming to America: Montblanc's first fragrance with Inter Parfums will arrive in the U.S. in March. 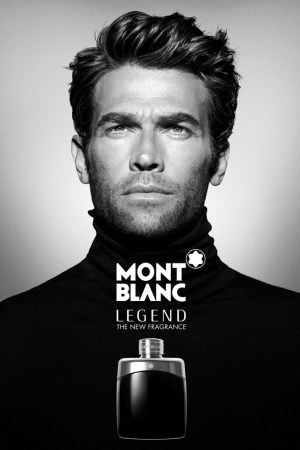 Montblanc is bringing its Legend fragrance to the U.S.

The men’s scent, inspired by the brand’s well-known Meisterstück ink pen, will be launched in the U.S. in March. It bowed last April in Europe and the Middle East.

The fougère scent’s top notes include lavender, bergamot, coumarin, verbena and pineapple leaves, while the heart has rose, geranium, apple, evernyl and Pomarose molecules. The drydown is of tonka bean, evernyl and sandalwood. It was created by Givaudan’s Olivier Pescheux, who explained that Pomarose is an ingredient engineered to be reminiscent of rose and apple, while evernyl is a molecule similar in smell to oakmoss.

In the U.S., the eau de toilette will be available in two sizes: 1.7 oz. for $57 and 3.3 oz. for $72. The smooth black glass bottle is topped with a curved metal piece and a metal top, both embossed with the Montblanc star, said Marina Mamakos, vice president of marketing for Inter Parfums in the U.S.

Legend will be sold in about 1,200 U.S. department and specialty stores.

The black-and-white print ad, of a rugged Simon Clark in a black turtleneck, was shot by Peter Lindbergh, said Mamakos. Print ad timing is still being determined, and will likely begin running in the second half of this year in men’s and lifestyle magazines, noted Charlotte Brabant, senior marketing manager for Inter Parfums in the U.S.

While executives declined comment on projected sales or advertising spending, industry sources estimated that Montblanc Legend could do $10 million at retail in the U.S. in its first year on counter.