A Modern Take on Linen Thrives on Innovation

Linen's popularity has ebbed and flowed, but in recent years, technology and innovation have helped enhance linen's luxury veneer. 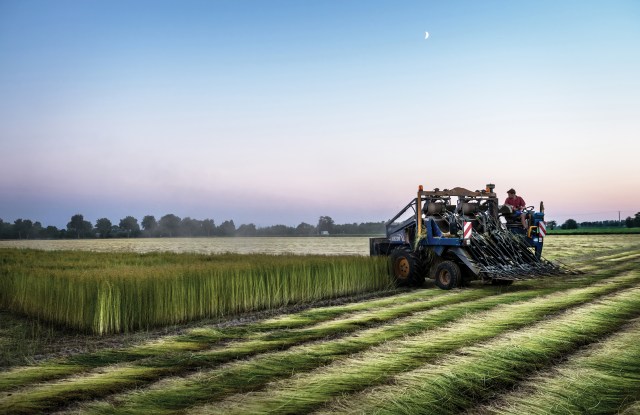 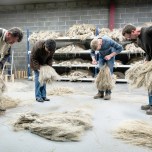 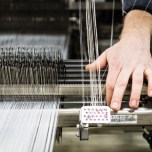 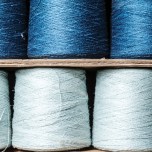 Linen is a fabric whose popularity has ebbed and flowed with fashion. But in recent years, technology and innovation have helped enhance linen’s luxury veneer — and demand has followed.

Testament to that are the designer women’s wear items being sold by retailers such as Net-a-porter: a $5,990 linen blend Saint Laurent bomber jacket, a $1,470 Tom Ford linen peplum top and $965 “Lola” linen Charlotte Olympia sandals, to name a few.

The innovation fueling demand for this sustainable fabric starts in the blue floral flax fields of Belgium, France and the Netherlands. The flax heartland produces the finest linen due to its mild coastal climate, which allows the flax stems to maintain the necessary oiliness, while farmers are able to cultivate a fungus special to the region that grows on the flax stems, a process that helps the linen fibers detach from husks.

The cooperative improves its efficiency by using modern equipment in the mill as well as in the fields and has robotized the end of the scutching line where the impurities and straw are separated from the flax fibers, Prevost explained.

Nearby, linen spinner Safilin, which was founded in 1778 in Sailly-sur-la-Lys, has been working on developing a special process for knitting low-gauge or high-gauge yarns on circular or flatbed knitting machines. Much like wool spinners, linen yarn makers are focused on thinner linen fibers.

“The main challenge was to spin fine counts of 26, 39 and 50 NM,” said Safilin president Olivier Guillaume, referring to how linen yarns are measured and which stands for length in meters per one gram of mass.

These yarns now offer vast possibilities and can be knitted in single- or two-ply from 2.5 gauge to 28 gauge.

Helping to fuel the demand for linen is fashion’s increasing push toward the use of sustainable and ethical materials and manufacturing processes. Flax is the ultimate eco fiber, experts noted. There is zero water needed, zero genetically modified organisms and zero waste, as almost everything is utilized in a flax flower — the seeds are eventually used for everything from beauty oils to food.

“The innovation has become a success story because industries worked together and because the products are comfortable, easy, soft, thermo-regulating and absorb color in a unique way and they are also easy to care for and wrinkle-free,” claimed Marie Emmanuelle Belzung, president of the European Confederation of Linen and Hemp, or CELC.

The industry also has worked to improve on what have long seen to be linen’s drawbacks: its stiff hand, susceptibility to wrinkling and droopiness if the weather is too damp or humid.

Larusmiani, which has a license for the global distribution and production of Bellora fabrics, is known for its luxury linens. Larusmiani has been working on a special stretch linen-blended yarn for maximum comfort destined for trousers, shorts, jackets and summer suits. The company is also working on special finishes like wax with water resistant treatments on pure linen in order to diversify the use of the fabrics in outerwear.

“During the last three years, our sales of linen and linen fabrics have been stable, but will surely increase during spring-summer of 2017, as we foresee a 20 to 25 percent rise compared to this spring season,” said Larusmiani chief executive officer Guglielmo Miani.

Larusmiani is also working to improve its assortment of crease-free linen with special lines like its “Linen-Stretch” collection.

Not that Miani is making excuses for linen’s wrinkles. “A more sophisticated client respects that linen will crease because it is indicative of its premium quality, much like how a collector would appreciate the patina on an old vintage watch,” he said.

Now under the Loro Piana umbrella, linen manufacturer Solbiati unfurled its “Linen-breeze” line of fabrics that are blended with aloe vera. The Corona, Italy-based company acquired the historic linen mill Solbiati in 2013 to enhance its linen offerings and take advantage of the material’s underexploited potential.

“Research is centered first and foremost of all in the development of new blends, of which linen is mixed with other fibers,” said Loro Piana deputy chairman Pier Luigi Loro Piana. “The aim is to preserve the typical look of linen and add new performance features.”

In the last year, sales of Loro Piana’s linen products increased 60 percent and the company sees this trend continuing in the near-term.

At the last Milano Unica textile trade fair held in Milan, mills focused on linen more than ever. Traditional wool players like Tollegno 1900 amped up their offering of linen blends in their spring 2017 catalogue, which included pure linen denim and luxe linen, silk and wool blends for spring jackets.

Another prominent purveyor and proponent of linen as a sustainable material is the Albini Group, which owns Cotonificio Albini, Albini Dona, Thomas Mason, David & John Anderson and Albiate 1830.

On April 25 at the The New School’s Parsons School of Design, the Albini Group in partnership with CELC will unfurl a visual presentation called “Linen 2.0” that will showcase linen’s journey from the flax fields of Normandy to the Albini factory.

“Innovation for us is involved in every step of the process, from the spinning to the weaving of the fabric. Our proposal of linen is expansive, not limited to just pure linen. New blends and new finishing techniques give new life to linen,” said Albini Group ceo Silvio Albini, who added that the company’s spring fabrics included linen with cotton and linen with silk, while it offered 100 linen fabrics with a flannel finish for winter to demonstrate that the fabric can be adapted for use in apparel for all seasons.

“We offer a multitude of colors, yarn-dyed as well as piece-dyed, reinventing the way linen is presented today,” Albini said.