Long Road to Recovery for Lineapiù

The Italian yarn firm has made it back from bankruptcy. 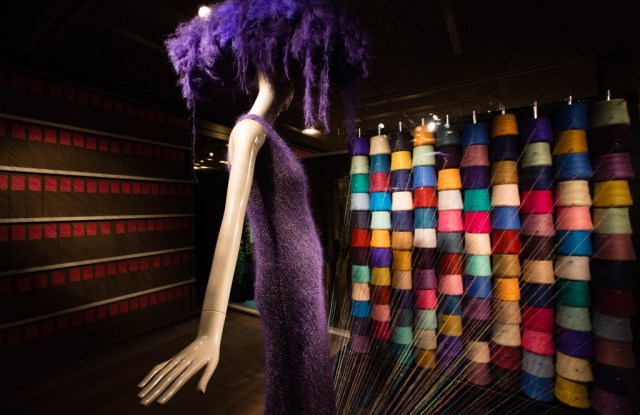 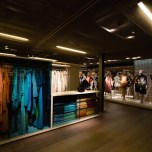 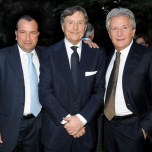 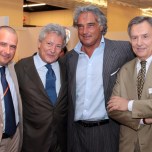 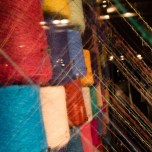 PRATO, Italy — When the world took note of Michelle Obama’s new look with bangs — posted on her 49th birthday — it also marked a milestone and a connection to fancy yarn spinner in Prato, near Florence, saved from the ashes of bankruptcy three years ago by a successful Italian government intervention.

In the White House photo, Obama wore a red jacquard jersey dress designed by Zac Posen, which spinner Lineapiù Italia says was made from its Giselle and Perseo yarns.

The 38-year-old premium spinner has a roster of present and past clients that reads like a list of runway collection highlights — Chanel, Giorgio Armani, Christian Dior, Prada, Gucci, Dolce & Gabbana, Valentino, Donna Karan, Azzedine Alaïa and Calvin Klein — yet it very nearly shut its doors in 2009.

A government-appointed administrator, Giovanni Grazzini, worked for a year and a half to cure the ailing business, and by the time he left, he said, it was turning a profit, unusual for any company in Lineapiù’s financial position or sector at the time. Grazzini’s work ended when clothing entrepreneur Alessandro Bastagli bid for a 56 percent stake in the firm.

Bastagli’s main business over the years has been selling clothes and accessories under license, including Everlast sportswear in Italy for the last 30 years and Gold’s Gym.

“This was our first industrial reality,” he said, referring to Lineapiù Italia, “At first, I didn’t think we were up to the task.”

Lineapiù was founded in 1975 with a mission to approach yarn “with a prêt-à-porter mentality” when most Italian spinners made basic products, said Giuliano Coppini, one of Lineapiù’s founders, former head and onetime majority stakeholder.

Coppini’s stake was wiped out when Lineapiù fell under bankruptcy protection, but he has stayed on as Lineapiù Italia’s honorary chairman.

The company grew for 25 consecutive years until 2001, wrote auditor Roberto Marrani in a 2009 assessment commissioned by Grazzini.

At its peak, the firm’s sales had reached 100 million to 130 million euros and had about 1,000 employees in 14 different businesses around the world, said Coppini.

Before Grazzini’s arrival, Lineapiù possessed two main branches: its core businesses — Lineapiù and its less expensive off-shoot, Filclass — and a large cotton spinner called Cotonificio Roberto Ferrari that it had acquired in 1996.

The group tried to make the cotton spinner profitable, like creating bespoke yarns in an array of natural and synthetic fibers using cotton-working machinery, Marrani wrote.

Business chugged on until it collapsed in 2008, when the U.S. financial crisis and a weakened dollar gouged exports.

After a loan expired and with no new credit forthcoming, the company sought to recapitalize, but the stakeholders would not underwrite it. Lineapiù sought protection under an Italian bankruptcy law.

The first administrator appointed to Lineapiù thought it a hopeless cause and resigned. But Grazzini felt the core business was still essentially healthy, even after years of burden under debts and losses incurred by other parts of the group.

Grazzini set about severing poor performers from the core. The Cotonificio Roberto Ferrari was sold, a joint venture in China was let go and some commercial offices shuttered.

Di Paolo said Grazzini’s “brilliant intuition was to let the healthy part of the business continue to work.…He didn’t paralyze the company in the way extraordinary administrators usually do. Under Grazzini the company carried on with fairs, collections and serving clients.”

“Our clients saved the heart of this company,” he said. “All of our clients who, even in our moments of grave difficulty, still remained loyal to the company.”

Bastagli has invested in the spinner’s relaunch, building new headquarters, buying new machinery, bringing back workers and creating a company museum with newly renovated archives that include 38,000 yarns dating back to 1975 and an impressive array of knits donated by major designers. Bastagli said he has so far invested about 14 million to 15 million euros, or about $18.5 million to $20 million, in Lineapiù Italia, and that his stake there represented about 40 percent of his own current holding

“This is a company that is very healthy, very stable,” he added.