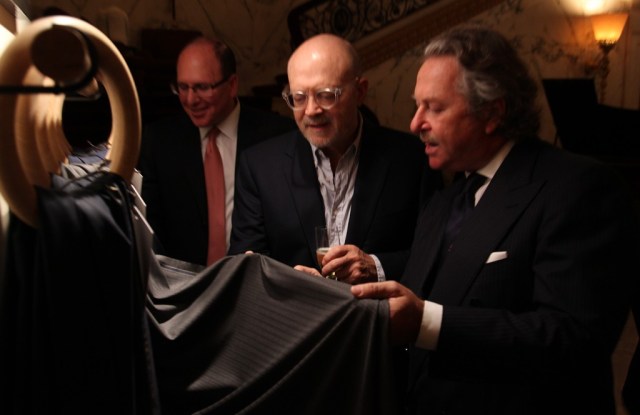 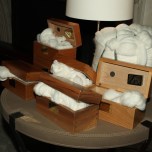 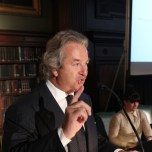 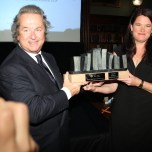 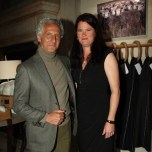 NEW YORK — As Pier Luigi Loro Piana sees it, the World Wool Record Challenge Cup determining the world’s finest wool is not simply for the sake of competition.

“We wouldn’t want to do a contest without building some real meaning into it,” the chief executive officer of Loro Piana said Thursday night at the Metropolitan Club here, scene of a lavish evening orchestrated by the Italian luxury label to honor the winner of its 2011 wool challenge. Though the company has equally strong reputations in cashmere, vicuna and the lotus flower fabric, last week the spotlight was on wool and how the Loro Piana contest spurs breeders to produce finer, higher-quality fiber each year.

He presented Susanne Triplett, who breeds sheep on her 120-acre farm in Tumbarumba, New South Wales, Australia, with the World Record Bale Award for a bale of wool with fiber measuring 11.1 microns in diameter. The thinner the diameter, the softer the wool. It also drapes better. “Breeding sheep is very hard work — seven days a week,” Triplett confided. “And every morning I have to give George a little scratch under his chin. If I don’t, he just keeps crying,” Triplett added, referring to one of her favorites in the flock.

Loro Piana has been honoring breeders for 15 years with its award, decided by a jury of presidents of the Superfine Wool Growers’ Association and the director of the New Zealand Merino Stud Breeders society. Loro Piana purchases the record bale and eventually manufactures it into 40 to 50 bespoke suits. The award ceremony is staged in different cities each year.