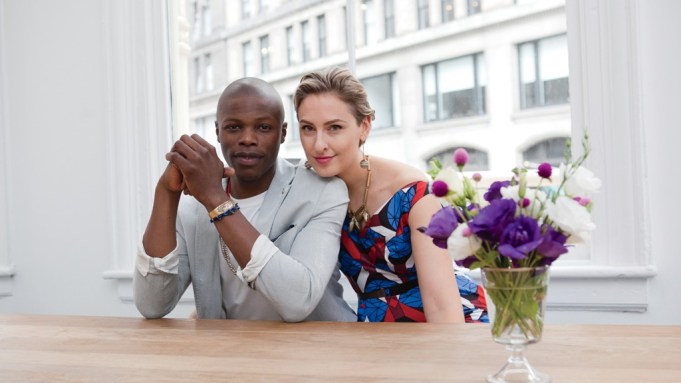 “My main challenge was dealing with the fact that not every design style can be made,” says Taylor-Wiles. “Fortunately, that doesn’t happen too often, as our production team is awesome.”

The label has lately collaborated with designer Michael Bastian on a collection with a pronounced Japanese influence. “Japanese culture is so rich in history and style,” Taylor-Wiles says. “I have had the amazing opportunity to tour the world as a contemporary ballet dancer. This really allowed me to open my eyes and find inspiration everywhere.”

The search for the new has taken him to some strange places. “We tried to do some work with a group of Vietnam veterans who live in the mountains of North Carolina,” he says. “We called several times, and every time they would just hang up on us. Eventually, they heard us out. Their only response was, ‘If you want to talk to us, get your ass in a car and come talk to us in person.’ Two days later, we were sitting at a table, in the mountains, with six of the most dangerous men on the planet.”