Both brands will receive 50,000 Australian dollars, or $37,478 at current exchange, to put toward the production of two superfine merino wool capsule collections. 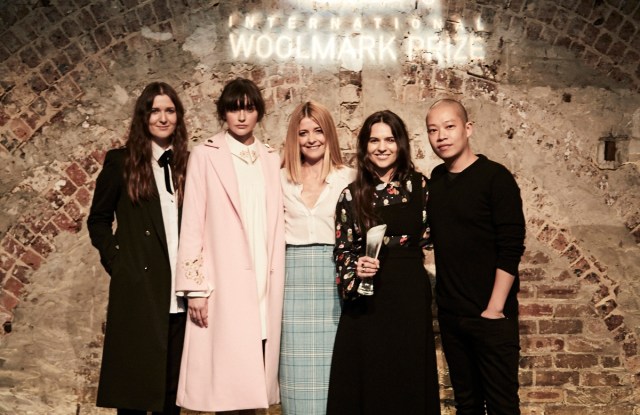 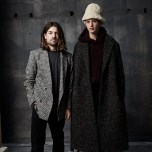 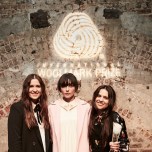 SYDNEY — Australian brands Macgraw and Exinfinitas have been named the regional finalists for the International Woolmark Prize’s newly expanded Australia and New Zealand region for the 2016-17 competition.

Both brands will receive 50,000 Australian dollars, or $37,478 at current exchange, to put toward the production of two superfine merino wool capsule collections that will be presented at the competition’s separate women’s wear and men’s wear finals in early 2017.

The competition’s overall 2016-17 winners in each category will each win 100,000 Australian dollars, or $74,955, and have their Woolmark Prize collections stocked in retailers including Harvey Nichols in the U.K., Australia’s David Jones, Japan’s Isetan, South Korea’s Boon the Shop and Matchesfashion.com.

It was the first year that the prize’s home region was expanded to embrace New Zealand, with three New Zealand brands among the 11 nominees.

Macgraw’s collection was inspired by the Australian native flannel flower and the winning outfit was a cream, 100 percent superfine merino dress and pink merino/cashmere coat, both featuring a flannel flower motif.

Said Vincent, “I really concentrated on using wool nylon. I wanted to bring wool out of this more traditional space that it’s so commonly seen as being in. With the pants, you wouldn’t even believe it was 80 percent wool. It was almost like boardshort fabric.”

“I thought the amount of creativity, but most of all the business savvy, was impressive” said Wu, who is in town for a week with new husband and chief financial officer Gustavo Rangel. “Macgraw had a very clear point of view and already an impressive stockist list, same for Exinfinitas.”

In Australia working on freelance projects, after shuttering his London-based label in 2015, Nicoll said Vincent had a great grasp of marketing, product development and art direction, while the MacGraws won over the judges with their “international and commercial reach” — the latter key to survival in today’s business climate, he added.

“I launched my label 12 years ago and was able to ride this wave of Central Saint Martin’s graduates and there was a sort of celebration of pure creativity at the time,” Nicoll said. “I think what’s different now is that designers need to be very, very mindful of price point and margin and there’s not really the room to be particularly free with creativity, if it’s not backed with commercialism. To start now you have to have a pretty solid commercial foundation and thick skin.”