Janie Bryant has entered into a collaboration with the e-commerce retailer to create a line of men’s socks for spring. 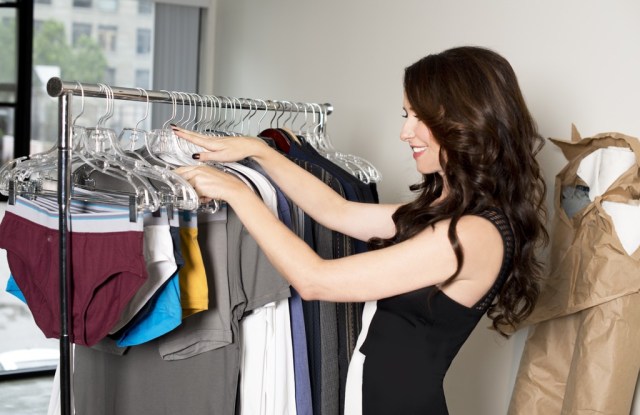 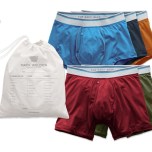 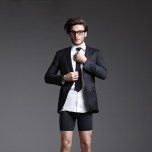 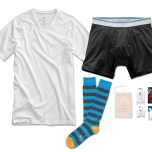 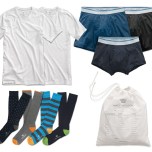 “Mad Men” costume designer Janie Bryant has entered into a collaboration with e-commerce retailer Mack Weldon to create a line of men’s socks for spring.

Bryant, who grew up in a family-owned sock mill, said she has always been “passionate” about undergarments for men and women as well as socks and legwear.

“I’ve always believed that a great look starts with the foundational elements. Underwear in particular determines how your clothing looks and more importantly, how you carry yourself, your confidence.…I’ve always had a great love for undergarments, not just for women but also for men, and we talked about taking it a step further to do a sock collection together.

“What attracted me to Mack Weldon was the attention to important details and great design sensibility. This is a product category where the details are everything, and getting this right for men is really a big opportunity,” said Bryant.

The online initiative kicked off on Saturday with several gift bundles of men’s socks and underwear for holiday 2013 on Mackweldon.com. The gift selections include the Overnight pack, retailing for $58, the Statement pack for $148 and the 5×5 pack of five basic and fashion underwear styles.

Brian Berger, founder and chief executive officer of Mack Weldon, described the union with Bryant as a “perfect fit.

“Janie dresses some of the best-dressed men on TV and has roots in textile manufacturing, having grown up inside a family-owned Tennessee sock mill. She has written about the category and how important these items are to any great wardrobe,” said Berger.

He further noted that Bryant’s recognition as a fashion influencer and her role as costumer designer for AMC’s hit TV series “Mad Men” lend a certain cachet to the product range.

“People generally joke about socks being the lemon gift. But it will mean a lot with Janie saying ‘These are my picks,’” said Berger, who created his e-commerce business in 2012 with Michael Isaacman.

Meanwhile, Bryant has a lot more projects on her plate. She’s in the midst of costuming the seventh season of “Mad Men,” and is also “curating collections” for eBay.

“The curations are about themes like Old Hollywood cinema and the [apparel, accessories] items that pertain to that theme, or a Baroque theme — my favorite period of all times. I’ve been doing these curations every week for the past month, and they will continue for the next few months,” said Bryant.

She is launching her first line of legwear, called Janie Bryant Leg Couture, which is being produced under license by Doris International Inc.