Manufacturers sought to convince buyers that they offered the right combination of value, novelty and flexibility. 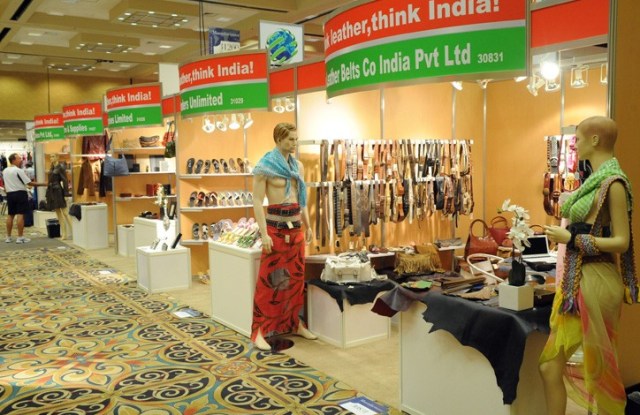 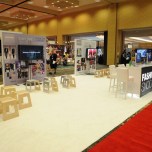 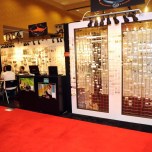 LAS VEGAS — Manufacturers sought to convince buyers at the Sourcing at Magic show who were seeking lower prices and fast turnaround that they offered the right combination of value, novelty and flexibility.

Factories from around the world that exhibited at the semiannual trade show at the Las Vegas Hilton acknowledged their difficulties because of the global recession.

“Business is the pits,” said Robert Bush, the Laguna Beach, Calif.-based agent for Kenya’s United Aryan Ltd., which operates three factories in Kenya and another in Botswana.

Cindy Clyde, director of product development and sourcing at Boulder, Colo.-based Gaiam, sought low-cost environmentally friendly fabrics for the yoga lifestyle label. Though foreign manufacturers have been reducing prices, she said it’s still difficult to meet the high minimum set by factories. As a result, Gaiam began using U.S. factories this year after a 10-year absence. Although contractors in Los Angeles may charge as much as 15 percent more than foreign competitors, Gaiam can avoid paying duty, freight and commission on as few as 100 pieces per order. Only 10 percent of Gaiam’s products are made in the U.S., but Clyde said she’d like to double that figure.

“People respond very well” to the “Made in the USA” label, Clyde said.

U.S. factories still have a tough time competing against lower-priced rivals. Earl’s Apparel, a Crockett, Tex.-based manufacturer that produces private label workwear out of U.S.-made textiles, trimmed one day out of its workweek and reduced the number of employees to 40 from about 70.

South Korea’s Zoom International Co. made its debut at the show with a full package for designing and manufacturing clothes, shoes and accessories for the women’s contemporary market. The looks it has created included ostrich feather skirts and cotton tuxedo blazers.

“We are very on top of the trends,” said Kate Lee, assistant marketing director. “Certainly, it’s helped us build up the brand.”

Hong Kong’s Hammerhead Shark Ltd. exhibited at the show for the first time in the quest to expand its American business in the jewelry and accessories markets. With a design house in Paris, as well as a showroom and warehouse in Hong Kong, Hammerhead said it takes one to eight weeks to fulfill orders for necklaces, bracelets and rings for which it charges 50 cents to $18 per piece.

“We have no problem selling jewelry,” said Jack Badaan, a sales executive at Hammerhead.