Thanks to new owners, the 166-year-old leather brand will unveil its first collection since it shuttered its doors in 1997. 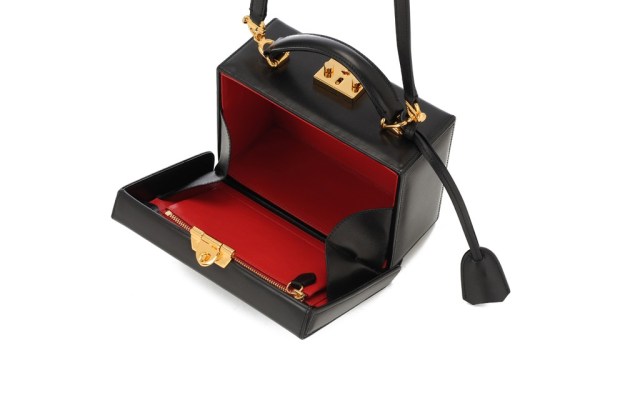 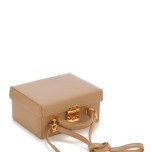 NEW YORK — The 166-year-old leather brand Mark Cross is getting a second lease on life.

Thanks to new owners, comprised of private investors that include chief executive officer Neal Fox, and an exclusive retail partnership with Barneys New York, the brand will unveil its first collection since it shuttered its doors in 1997.

“I wouldn’t categorize this as a rebranding of Mark Cross. I think we’re just letting the luxury customer know that the brand exists again and it’s being merchandised at a level that’s compatible with where it belongs,” Fox told WWD. “If you look at the history of the brand and where it’s been over the decades, at one moment it was certainly America’s only luxury leather goods brand and [held its place] at the apex of the market. My feeling with this collection is that we should take it back to where its roots were and where it’s compatible with the luxury customer.”

Mark Cross was defunct for nearly 15 years prior to Fox’s acquisition in 2010. It was a family-owned brand for 80 years, beginning when Patrick Murphy purchased it for just $6,000 in 1875. The company was run by his son, Gerald Murphy, from 1912 until 1918, and again from 1934 until he retired in 1955. Murphy lived in Paris from 1921 until 1934 with his wife, Sara Wilborg, before returning to New York to restore the brand after the Great Depression. While in Europe, the couple hobnobbed with literary elite such as Scott and Zelda Fitzgerald (the author dedicated “Tender Is the Night” to the two), Ernest Hemingway and a close-knit group of European artists and writers. Murphy led Mark Cross in its heyday, from the Thirties through the Fifties, and from 1961 until it closed, the company passed through several hands. By the Eighties, the brand had 23 freestanding stores.

The new collection plays on the brand’s heritage while updating it for the new millennium. The reimagined, nine-piece collection is versatile, as the “Grace” box bag — also the collection’s standout — will appeal equally to Ladies Who Lunch and the downtown, under-30 and below-14th-Street set. Inspired by the overnight satchel Grace Kelly commissioned Gerald Murphy to design at the behest of Alfred Hitchcock for her role in the 1954 film “Rear Window,” the leather bag comes in two sizes and retails for $1,695 and $1,995. Available in black and nude leather and lined with the brand’s signature scarlet lambskin leather, it contains the original brass lock closure that was present on the company’s bags from the Twenties.

The mostly neutral color palette in the collection consists of the aforementioned black and nude leathers, as well as cognac, taupe, honey, ivory and rich shades of red and blue. Other styles include a small and large “Scottie” satchel — derived from a vintage top-handle satchel bag and named after the Fitzgeralds’ daughter — which retails for $1,950 and $2,350, and four silhouettes in varying sizes based on the brand’s vintage doctor bags, which range from $1,495 to $2,095. There’s also the $1,495 “Marina,” a classic evening clutch with a golden brass and black enamel-filled exterior bar frame that comes in black leather.

“The key to this collection is that we built it with significant inspiration from the archives, yet translated every style into a more modern version of the way we envisioned how our kind of consumer would respond. Every move that we make on the creative side of product development is geared toward attempting to re-create in today’s world a real vision of the unique aspects of Mark Cross — the classic, forever shapes and the best quality,” Fox said.

Once the yearlong exclusivity clause with Barneys is up at the end of 2012, the brand plans to target luxury department stores domestically and worldwide. Intent on focusing on limited distribution, Fox said the brand is working on establishing a network of stores that are compatible with Barneys for the release of its spring 2013 collection. He declined to give sales projections.

While Fox maintains that no print advertising is planned, he said the company will be aggressive in the digital sphere and through social networking.