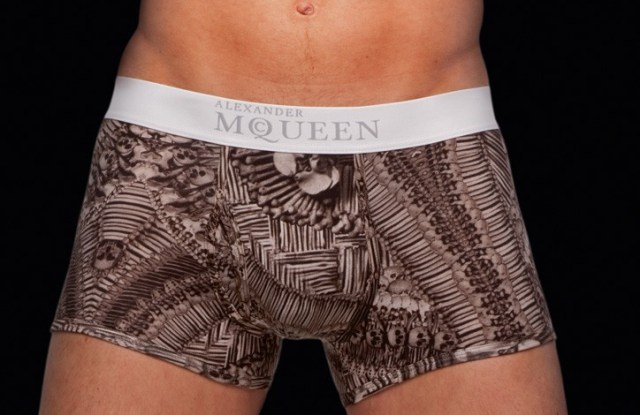 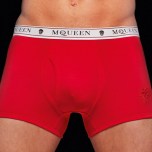 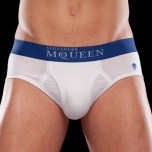 PARIS — Among Lee Alexander McQueen’s final projects was a men’s underwear collection, licensed to Italy’s Albisetti SpA and slated to arrive in stores worldwide in June.

This story first appeared in the March 24, 2010 issue of WWD. Subscribe Today.

The designer, who took his own life last month, was involved in every stage of the brand extension, including the sales campaign for the debut fall-winter collection, according to the McQueen fashion house, majority owned by Gucci Group.

Signature design details include skulls on the waistband of boxers and briefs and allover prints of feathers, X-rays and a collage of bones also used extensively in his last men’s runway collection staged in Milan in January.

“The development of our men’s wear is a priority for us, and expanding the diversity of products within the sector is mandatory,” Akeroyd stated.

Retail prices will range from 35 pounds, or about $52.50 at current exchange, for basic boxer shorts up to 370 pounds, or $555, for a silk jacquard pajama set. The launch collection will include a limited edition red boxer short with skull details, with a percentage of profits going to various AIDS charities, including the Terrence Higgins Trust in the U.K. and Lila in Italy.

The McQueen underwear will make its debut on alexandermcqueen.com and in about 120 doors worldwide, including Barneys New York and Saks Fifth Avenue in the U.S.; Selfridges, Harrods and Harvey Nichols in the U.K.; Galeries Lafayette in France; Restir and Barneys New York in Japan, and La Rinascente in Italy.