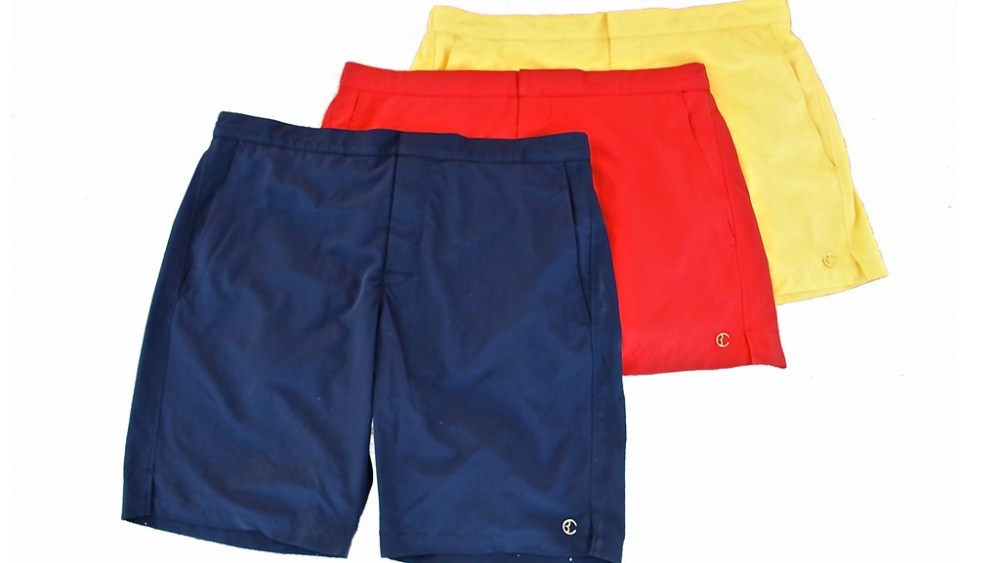 MIAMI — The men’s swim category is on fire, buoyed by new brands, fits and fashions that work as well on the beach as in the restaurant.

Pioneers such as Parke & Ronen unveiled some of their most stylish collections to date during Miami swim week last week, while an influx of emerging brands came on the scene to amp up the offering of exciting product. At Miami Beach’s SwimShow in July, men’s-only brands increased from 10 in 2011 to 25 this year, according to Judy Stein, executive director for the trade show’s organizer, Swimwear Association of Florida.

“It’s been a forgotten market for so long that designers are finally realizing the growth potential,” she said of firms like Strong Boalt and Onia, grouped in a designated aisle for the first time.

The question is whether buyers have been brought up to speed. Juan Pablo Jaramillo, managing partner for Retromarine, a Miami-based men’s line of swim trunks in SPF fabrics and playful prints manufactured in Colombia, said: “It’s the perfect time for men’s stores to refresh their look, and for women’s-only to add a few cool men’s labels in the mix,” he said.

Victoria Von Hoene, the owner of Ophelia Swimwear boutiques in Grayton Beach and Seacrest, Fla., is among the latter betting on a male attitude shift. Taking her first dip into men’s at swim week, she focused on stripes and sophisticated nauticals that would appeal to conservative Southern tourists from Dallas, Atlanta and New Orleans. Though never doubting her female clientele will purchase upscale swim for their husbands, that wasn’t the catalyst.

Sperry Top-Sider’s swim launch in 2013 features a men’s collection drenched in sea themes — from sail numerals to lobster prints. Hybrid swimsuits-shorts that can go from the beach to the country-club bar come in photo-realist prints like faux seersucker and embroidered palm trees, or swordfish for a trompe l’oeil effect. The oddball neon grommet is as much a mark of the brand as vintage logos and ads dug up from company archives splashed across T-shirts. Retail prices range from $26 for a T-shirt to $80 for a Nantucket-red hoodie with rope drawstrings.

“We’ve dabbled in men’s, but this is our first real push,” said Howie Greller, vice president of merchandising for licensee Manhattan Beachwear.

Moving away from its tamer stripes, plaids and blues, Parke & Ronen goes all out with a palette, including aubergine, burnt orange and cocoa, and Eighties throwbacks like ribbed tanks and paisleys.

“Everything complements women’s suits, so couples look amazing next to each other,” said cofounder Ronen Jehezkel.

One can easily imagine a woman lifting her boyfriend’s crocheted cricket sweaters, which are among the line’s assortment of knits. Military-striped cotton shorts resembling wool exude a schoolboy charm. Also new are grosgrain ribbon buckles as embellishment and narrow-legged suits, with shorter inseams, in stretch fabric.

“Even conservative Canadians are responding well to shorter lengths and square-cut knits, just how guys prefer boxer-briefs over boxers for underwear now,” he said.

The most popular suit lengths by 2(x)ist at SwimShow were 12 and 14 inches, according to brand director Alexandre Daniel, who introduced 4-ply stretch seersucker, advanced plaids with neon and a large-scale herringbone in hot pink. Colorblocking meets conversationals through a school of fish print with the random red fish as black sheep. Appealing to men’s penchant for gadgets, suits feature up to six pockets.

Charlie by Matthew Zink, a men’s and women’s line in New York, expanded men’s suits with square-cut briefs and longer surf shorts, and men’s cover-ups such as Seventies-inspired classic sweats in white and heather gray, retailing for $98 to $128. Designer Matthew Zink clearly had the Olympics in mind, which translated into bestsellers like a black Grecian-foil brief and soccer shorts.