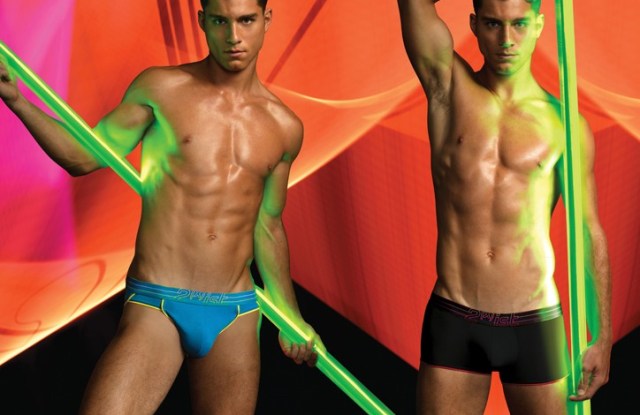 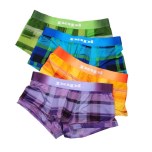 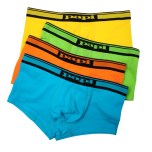 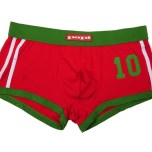 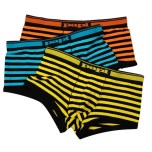 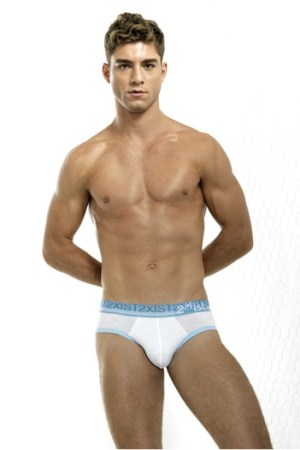 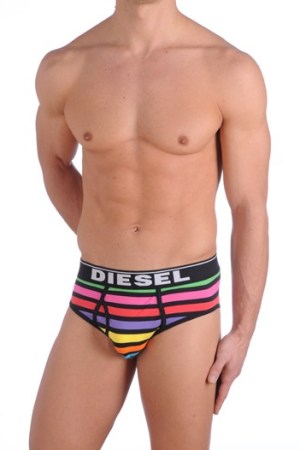 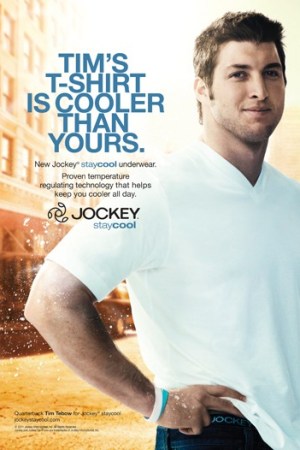 This story first appeared in the April 21, 2011 issue of WWD. Subscribe Today.

The sector has been growing rapidly on the back of those two trends, which is part of the overall boom the men’s wear market has seen across all categories following the depths of the recession. A plethora of bold colorblocking and oversize logos and advances in high-tech temperature-regulating applications that keep the wearer cool and comfortable are expected to continue to propel sales this fall.

The influx of color, graphic prints and stripes and in-your-face logos is projected to have strong appeal to a younger generation of consumers who want hip, colorful designs and styling by brands such as 2(x)ist, Diesel, Papi, and newcomers like Pull-In, a surf-inspired French brand. Short trunks currently are the number-one selling style, said industry executives.

But while the European men’s underwear market is filled with an abundance of fashion, colors and prints, best-selling styles in the U.S. remain basic, commodity items by megabrands such as Hanes, Fruit of the Loom and Jockey. To some degree, black and gray also are top-selling shades in the basic arena. Calvin Klein Underwear continues to be a major resource of men’s underwear that bridges the gap between fashion, fit and sex appeal in basic product that has a look of fashion.

But when it involves using breakthrough technology in men’s underwear, executives said the category is slow to adapt to innovation and new ideas compared to the men’s apparel market. A number of underwear brands are reportedly working on new concepts and strategies similar to athletic and performance labels like Under Armour, Puma and Nike, which are using methods such as wicking applications, fibers that are encapsulated to improve breathability, softness and fabric retention, and engineered deniers of spandex that give support and control in key areas.

While industry executives privately acknowledge that temperature-regulating underwear is the next big idea, a number of companies declined to discuss the topic, either because a project is in the works or the company has yet to address it.

“It’s just too competitive,” explained one executive who requested anonymity.

So far, Jockey International is paving the way for advancements in temperature-regulating underwear. In March 2010, the Kenosha, Wis.-based company introduced its Jockey Staycool collection of men’s underwear, which was shipped to stores last month. The exclusive and unique technology by Outlast Technology used in the Jockey Staycool products was originally developed to keep astronauts cool and comfortable in their space suits.

Byron Norfleet, president of Jockey’s wholesale and licensing business, said, “This is not performance underwear in the sporting sense, but is performance underwear that works for the wearer, keeping them more comfortable, and it does it all in 100 percent cotton. By contrast, this isn’t about wicking perspiration or breathing; this is about an integrated layer of thermocules on the garment that traps excess heat to keep you cool. There’s nothing else like it. This is true temperature regulation, and it’s exclusive to Jockey. We’ve got it on our men’s (and women’s) Staycool tops and bottoms, as well as on thermals, and a line at Nordstrom’s called Coopers.”

Yet Norfleet acknowledged Jockey remains one of the few firms to push the envelope when it comes to technology in the sector. “The underwear market is lagging behind the outerwear apparel category in the introduction of new technologies that are truly meaningful and beneficial to the consumer,” he contended.

Norfleet said the Jockey Staycool collection was launched in 2,500 doors with “a lot of great retailer support.”

“At a significant number of stores, we’ve secured outposts in addition to in-department presentations.…From the get-go it’s performing and driving significant increases. A number of retailers have told us that they believe Jockey Staycool has the potential to be truly game changing, and initial results support that,” said Norfleet.

“Giving the best fit works as a huge performance driver. If you think about what a woman expects from a bra and intimate apparel — support and comfort — that level of expectation is now a male expectation. The top requirement in men’s underwear is comfort and support,” said Frantz.

Looking at innovation in the future, Frantz noted, “We have product on the floor right now that has wicking in it.…But people use the term temperature-regulating pretty broadly.…Temperature-regulating means it will maintain a consistent temperature. What I’m looking for are products that have shorter drying spans and quicker wicking capabilities and that actually have a cooling effect on the body.”

Jason Scarlatti, creative director of 2(x)ist, said the company has had “great success” with a lightweight nylon and spandex collection called Touch and a spandex line of micro Modal pique.

“Touch keeps a person looking cool and collected, and the micro Modal pique collection is a soft fabric with a weave that allows openness and wicking…what we have coming out now for resort is a line that features softly brushed binding on the leg and waistband. It’s a slub yarn that’s really silky and soft. I want the garment to feel like a vacation,” said Scarlatti.

Addressing new technology, Edison D. Lozada, director of communications for Isaco International, which produces the Papi and licensed Perry Ellis and Ike Behar brands, said, “We have developed fibers and applications that regulate temperature control which we are constantly experimenting with. Men’s underwear should be kept cool at all times so we like to use fibers that are breathable, lightweight, soft and comfortable. There is so much technology being developed at the moment to meet men’s needs.…We use a fiber called Cool Pass that is not only flexible but also wicks moisture to keep men dry and fresh all day.”